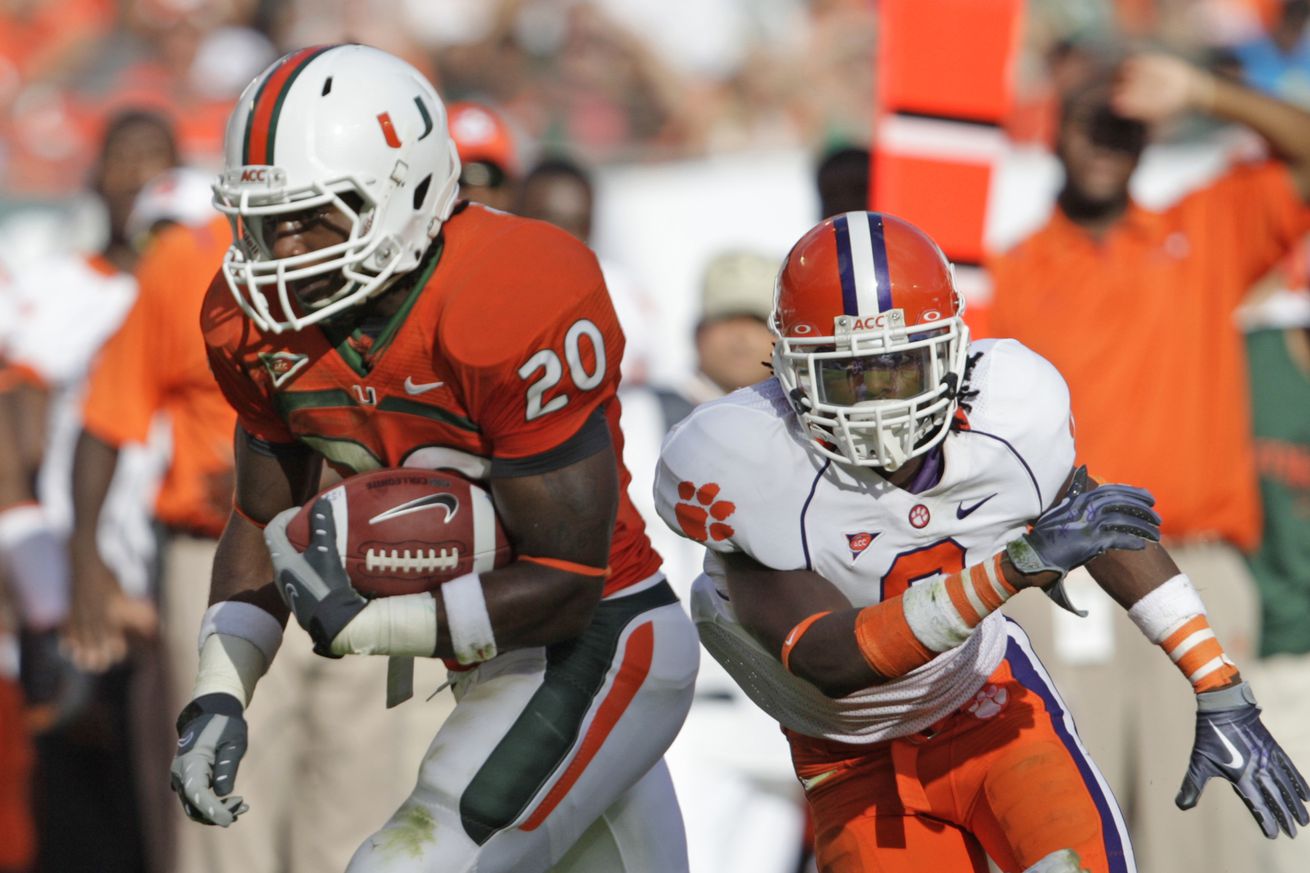 There’s a big one Saturday night. Will the Canes meet Vegas’ expectations?

Welp, last week was a bit of an ego-checker, as both LSU/Vandy and Auburn/UGA both stalled out and failed to reach their respective numbers. As such, a good start ended up with a 2-3 day, setting me at 9-9 on the year. Not good enough. Let’s do better, starting this week, and there are a number of tasty matchups and rivalry games on the slate for Saturday.

Miami (+14) at Clemson. When I saw this line, my eyes popped out of my head. I saw Clemson -14.5 and I thought it must’ve been a typo. I had envisioned the game in an 8 or 9 point range. Look, Clemson is certainly the real deal, and Miami hasn’t beaten top competition yet, but they’ve been a different team this year, while Clemson was steady but not a world beater last week against Virginia. I really think this is going to be a competitive game Saturday night, so I’ll take 2 touchdowns, all day, every day.

Tennessee (+12.5) at Georgia. I get a sneaky feeling Tennessee could make things very interesting Saturday in Athens, as they have one of the best offensive lines in the SEC. The question is: which QB Jarrett Guarantano shows up – the good or the awful one? Based on recent history, I fear it’s the latter, and Tennessee’s 8-game SEC win streak ends. They back door cover though. Barely.

Duke at Syracuse (+1). I have no idea at all why an 0-4 Duke team is favored over a Syracuse team that gave UNC a fight for 3 quarters and handled Ga Tech soundly at home. I will take the point and the Cuse on the moneyline, just for good matter.

Louisville (-5.5) at Georgia Tech. Points will be aplenty in Atlanta, but I think Tech has a hard time stopping Scott Satterfield’s offense at all tomorrow.

Oklahoma vs. Texas (+2). In the battle of two of the most overrated, underachieving teams in the country, I’ll take the team with the better functioning offense and getting two points.

Virginia Tech at UNC (-3.5). Time to see if Mack Brown’s team is as good as their hype. Both teams escaped narrowly in would-be letdown games. I’ll take Sam Howell in what otherwise would be a coin flip.

Mississippi State (+3) at Kentucky. Bulldog fans are already experiencing the highs and lows of a Mike Leach-coached team, having upset defending champion LSU on the road before laying an egg at home to Arkansas and their seemingly-endless SEC winless streak. Since it’s time to go back up, I’ll tilt this one in their favor. State in a shootout (or, well, at least within 3).