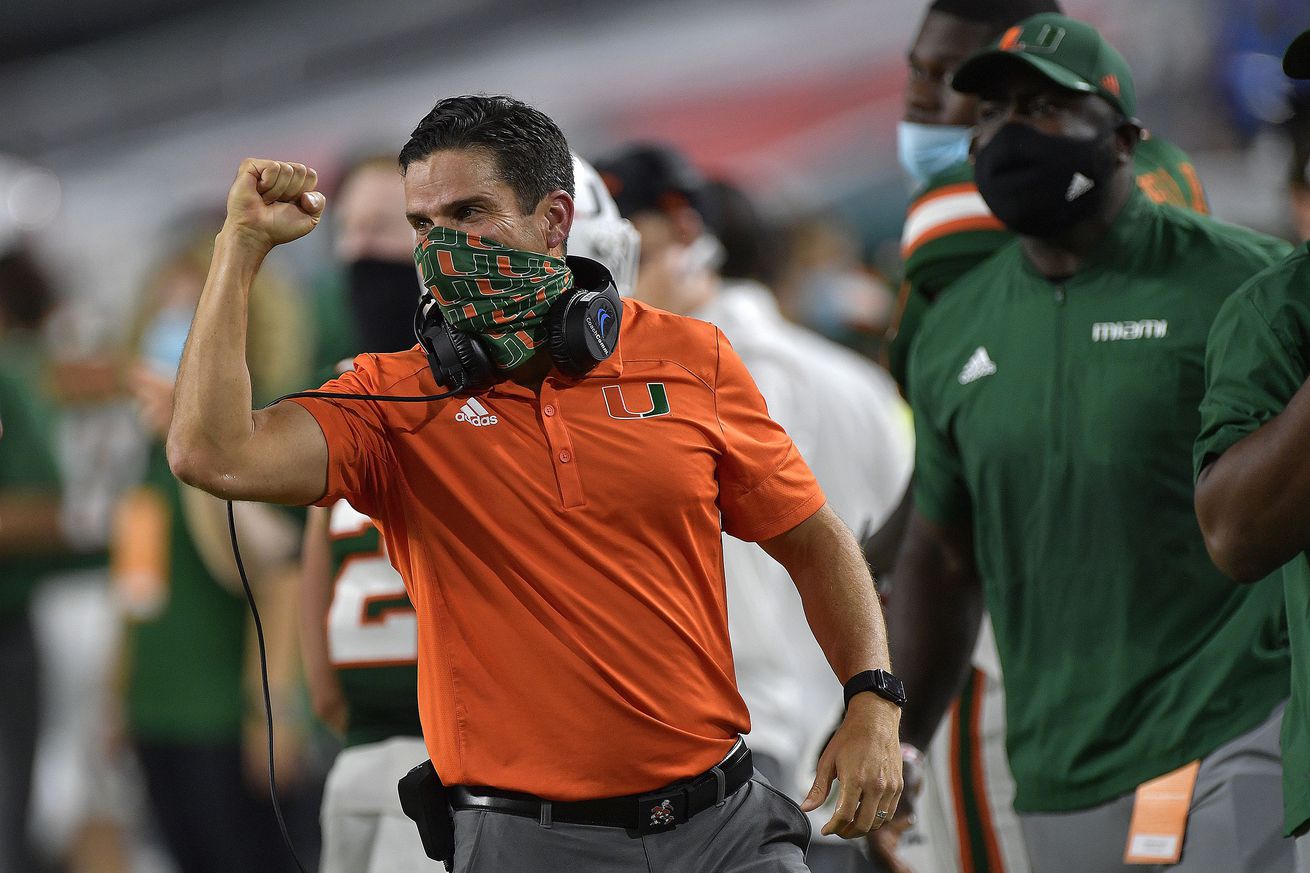 The Miami Hurricanes take on the Pittsburgh Panthers in the first noon kickoff game of the season.

The last time the Miami Hurricanes played the Pittsburgh Panthers (3-2), it was a low scoring affair (16-12). The Canes pulled out the win on the back of Jarren Williams’ 32-yard TD pass to K.J. Osborn’s with 58 seconds remaining. This is a new year and a new Hurricanes offense. The Canes are ranked 13th in the country, have a true leader at QB, and are looking to get the sour taste of that 25-point loss to Clemson out of their mouths. In the first noon kickoff in the season, look for Miami to rebound against the Panthers.

D’Eriq King was 12-of-28 passes for 121 yards with two interceptions against the Clemson Tigers. The game handed King his first game without a touchdown since 2017. Rhett Lashlee said about the loss, “We got whipped up front, we got whipped on the perimeter, I got whipped and didn’t do a very good job. We got our tails kicked.” King and Lashlee will have a good chance of righting the ship against a Panthers defense that allowed Boston College’s Phil Jurkovec to excel (358 yards passing, 3 TDs, and 0 INTs).

The rushing output last week was horrible. Cam’Ron Harris, Jaylan Knighton, and Donald Chaney Jr. combined for just 11 yards on 10 carries. Pittsburgh has a stifling rush defense, allowing only an average of 52 yards a game. They’re the number two rush defense in the nation, only behind the Georgia Bulldogs. Harris will have another hard test this week.

The offensive line will also have a hard test this week. The Panthers are currently ranked fourth in the country in tackles for loss (10.4 per game and 3rd in sacks). Before the Clemson game, Miami’s trio of running backs was clicking on the ground and through the air. With questionable pass-catchers on the team, the Canes may seek to utilize the matchups that can be created with the talent in the backfield.

The Eagles’ tight end Hunter Long had 6 catches for 93 yards and a TD against Pitt last week. Dynamic playmaker Brevin Jordan leads the Hurricanes in receiving with 243 yards. He also has 3 TDs and a 13.5 average on the season. The Canes should look to exploit the mismatches Jordan can create in the middle of the field.

One of the major takeaways so far on the season is how the Canes are not winning their matchups outside. Lashlee said it best last week, “We lost pretty much every one-on-one battle there would be, whether it was blocking, on the perimeter, or throwing and catching…” The biggest reception (42 yards) from a week ago came from Keyshawn Smith in junk time. Instead of making this wideout prompt, let’s just go explosive plays here. Although talented safety Paris Ford will be lurking, the Canes could pose a threat in various ways through the air.

The Panthers were mentioned earlier for being 4th overall in tackles for loss. Not far behind them are the Miami Hurricanes at 5th. The Canes are familiar with Kenny Pickett, having faced him three years in a row. Pickett only surpassed 150 yards in the air against the Canes in his freshman year. 2017 was also the only year Pickett threw for a TD in this matchup. It’s clear, he struggles when going up against Diaz’s defense. If Miami can control Pitt’s rushing attack (62nd ranked), it will be a long afternoon for Pickett again.

The Miami Hurricanes just under three sacks (2.75) a game this year. Pittsburgh has been solid this year against opposing pass rushers. Last week, they only gave up one sack to Boston College, which is in line for their average this year. But they have to face the relentless rush of Jaelan Phillips and Quincy Roche this week.

Let’s head back to the Kenny Pickett vs. Miami matchup. He’s thrown 3 INTs through three games, including 2 in 2019. Out of the five games that he’s played this year, he’s thrown a pick in three of them (Syracuse Orange, Boston College, and Lousiville Cardinals). Bubba Bolden, Amari Carter, Al Blades Jr., and the rest of the secondary will get their chances this Saturday.

The Canes have forced seven turnovers this year, which is good for 19th in the country. Pittsburgh comes into the matchup with 5 lost turnovers this season ( 3 INTs and 2 fumbles). The Clemson game was the first time Miami hasn’t forced a turnover since week 1. They’ll look to get back to their chain ways this week.

Both of these teams average over 30 pts per game (Miami 36.8 and Pittsburgh 31.6). With the dominant rush defense and pass-rush that Pitt has, the Canes will be forced to spread Pitt out and hope the tempo tires them out. There’s no indication that Miami’s offense will trend downward against the Panthers. Hopefully, another average Pickett outing can keep their point total down.

What’s your game prediction? What do you think the Canes’ key to success will be?