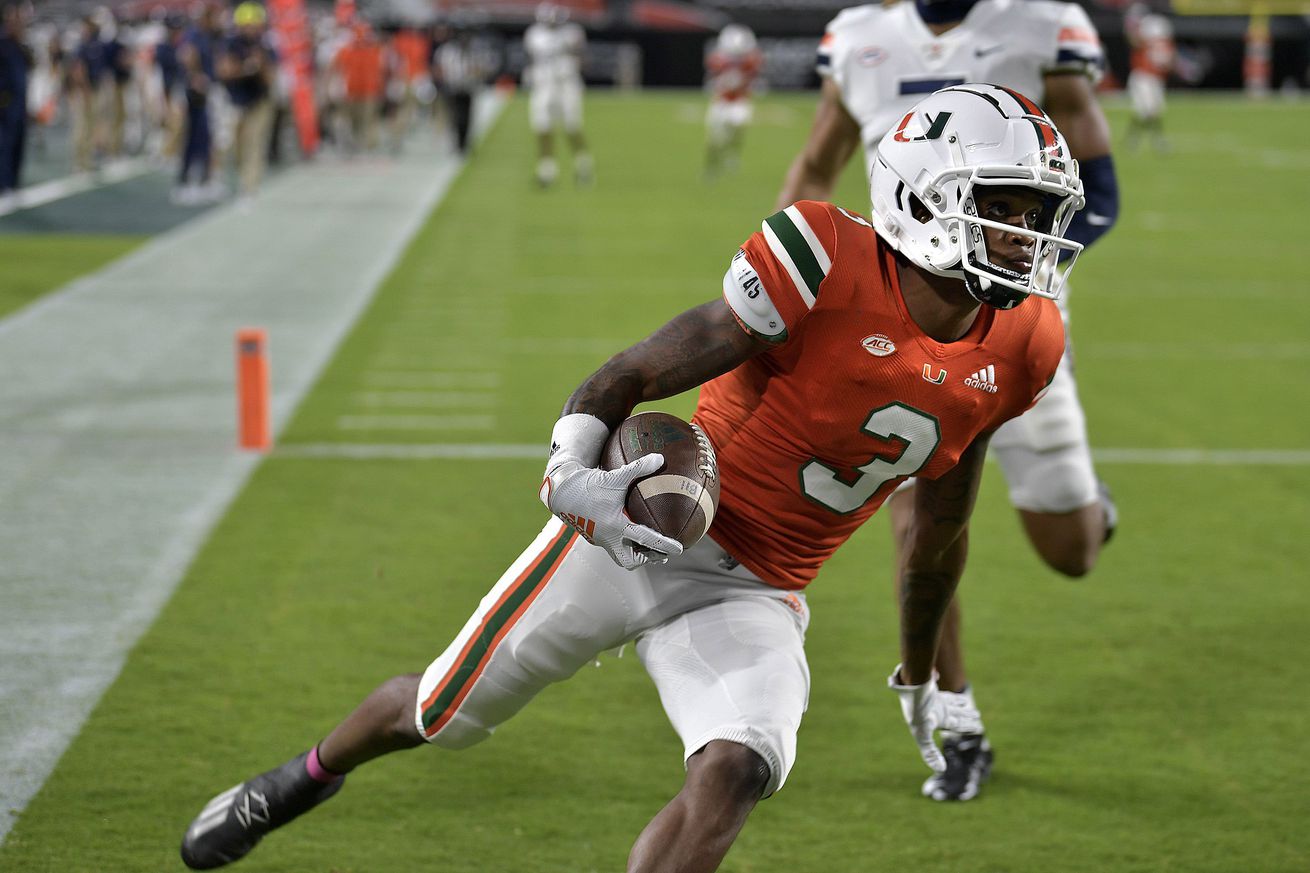 Just got over the Mendoza line last week, as Arkansas’s second-half surge saw them erase a 13-0 halftime deficit and win convincingly over a hapless Volunteer squad. That cover pushed us to 4-3 on the week, which constituted the second straight 4-3 week after an abysmal start to the season. Hey, 4-3 isn’t stellar, but I won’t apologize for having winning weeks twice in a row. Gotta start somewhere.

The slate has been thinned this week with several games canceled or postponed due to COVID, but there are still some interesting lines out there. On with this week’s picks…

Miami at Va Tech; OVER 68. Do I think Miami wins? Yep. Am I more confident this game goes ballistic on the scoreboard? Big yep. Points aplenty in Blacksburg.

WAKE +13.5 at North Carolina. At 4-2, Wake is putting together a decent season. Almost 2 TDs is a lot to ask an up and down UNC team to lay (even though UNC is night and day better at home), so I’ll take those points.

Middle Tennessee State at MARSHALL -23.5. It’s the 50-year anniversary of the worst tragedy in sports history, and I’m sure the 16th-ranked Herd will be fired up. Marshall’s play this year alone (and MTSU’s struggles against any team with a pulse) warrant a cover alone not including the anniversary. Give me the Herd.

Florida State at NC STATE -10.5. Florida State is just falling apart before our eyes, with Tamorrion Terry having left the program and James Blackman transferring. We saw how solid the Pack was last week, and the Noles have struggled in Raleigh. This is a recipe for disaster for FSU.

PENN STATE -3 at Nebraska. Call this the Disappointment Bowl, with both teams coming in winless. Penn State has the better roster, and this just feels like a gut pick, so I’ll lay 3 and take the Nittany Lions.

NOTRE DAME -11.5 at Boston College. Ok, Irish. You have our attention. If you really are CFP good, you’ll follow last week up with the throttling you should provide the Eagles. I’ll bite this week.

Oregon at Washington State; OVER 57.5. This feels like an Oregon score fest, but Wazzu will get just enough to push this total over.