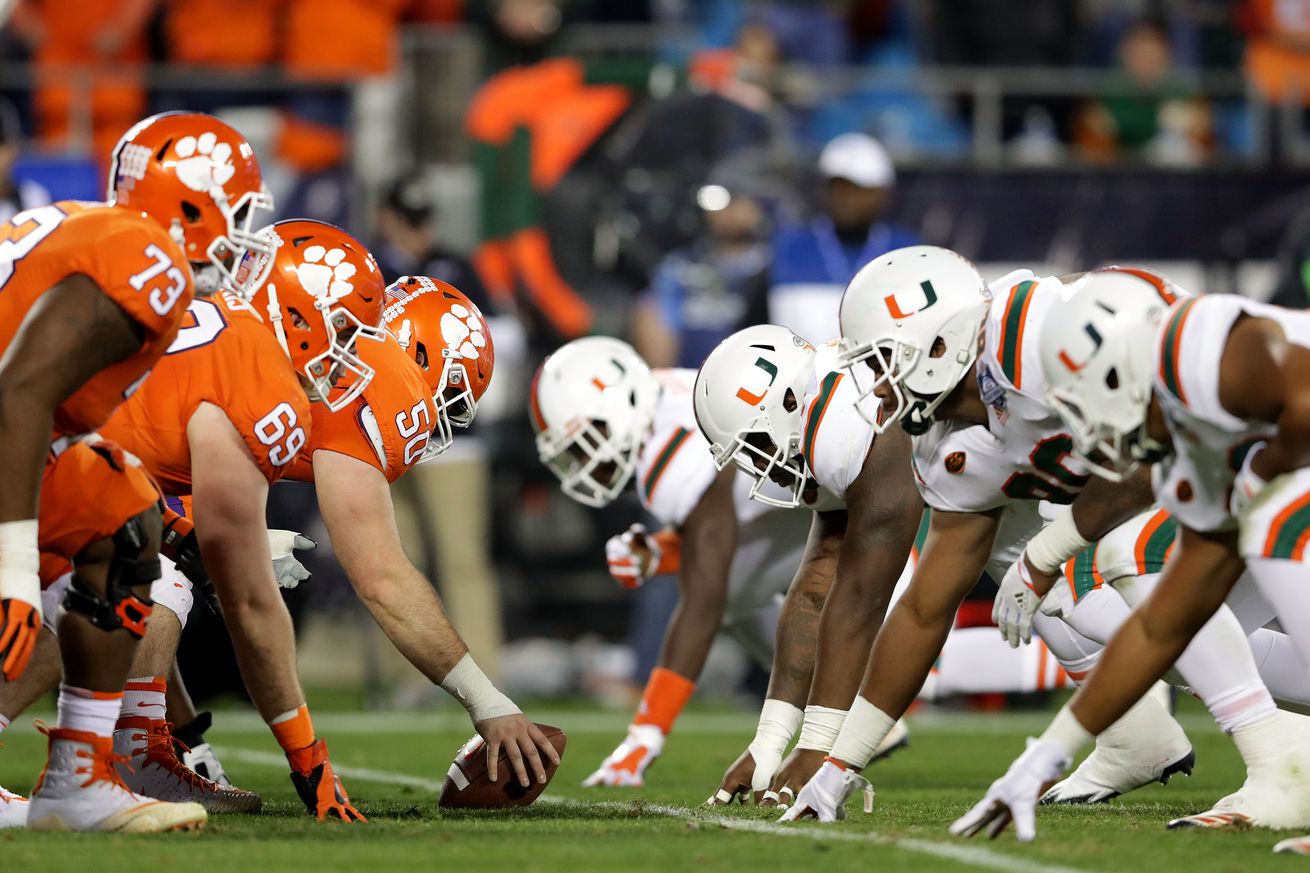 Box Office Boys in the spotlight again. YOU LOVE TO SEE IT

For the 3rd consecutive game, and 3rd week out of 4 overall, ESPN’s College GameDay will feature the Miami Hurricanes.

Miami-Clemson has already been announced as the ABC primetime national TV spotlight game, so pairing it again with GameDay makes all the sense in the world.

With a week to go elsewhere since Miami was on a bye this week, GameDay will make the trek to Clemson, SC to profile the #1 Tigers, and soon-to-be top 6 Canes ahead of one of the biggest games in the ACC, and the country, this season.

With plenty of star power on both sidelines, from QBs Trevor Lawrence and D’Eriq King to coaches Manny Diaz, Rhett Lashlee, Brent Venables, and Dabo Swinney, there will be plenty of fodder for GameDay to dig into when they come to Miami-Clemson next week.

3 consecutive games being featured on College GameDay. And rivals try to say Miami’s not relevant.

See y’all next Saturday morning at 9am.