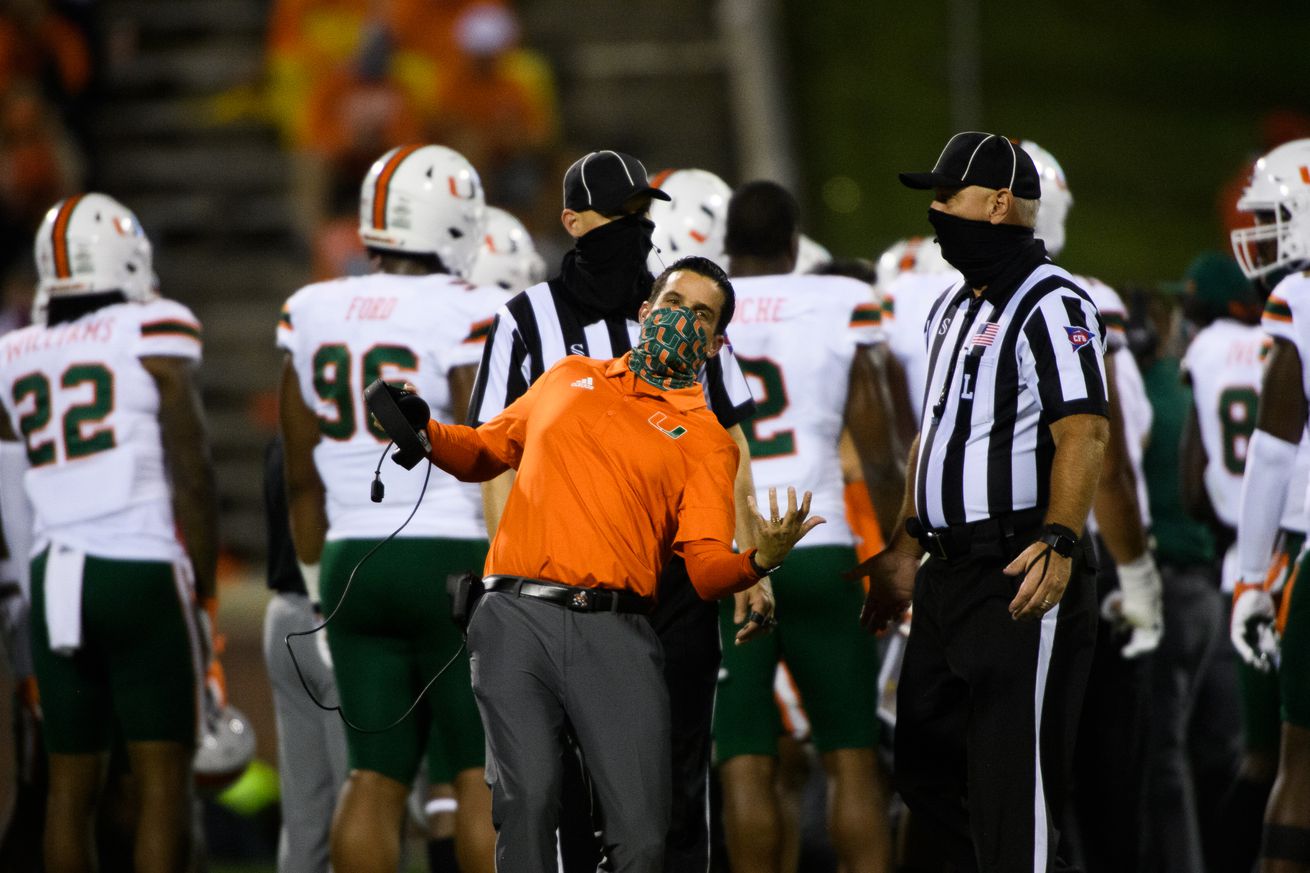 It’s difficult to find anything good about a 42-17 loss.

In their primetime matchup with Clemson on Saturday, Miami was thoroughly dominated on offense and defense. D’Eriq King and the ‘Canes offense ground to a halt after dismantling the defenses of Louisville and Florida State in weeks prior. Fingers can be pointed, blame can be dealt, but with 2 weeks to prepare for the matchup, much of the onus is on the coaching staff.

UM with more penalty yards (135) than passing yards (121). What a disappointing performance.

With that in mind, there’s one area of the team that added to their ongoing success in 2020: special teams. Miami blocked 3 of Clemson’s field goals on Saturday. Not 1, not 2, 3. Standout safety Bubba Bolden accounted for 2 of the blocks, earning him ACC Defensive Back of the Week honors for the second time in 2020.

UPDATE: Miami S Bubba Bolden has been named ACC Defensive Back of the Week.

This is the second time this year that Bolden has won the award. Bolden has has stepped his game and intensity up to the next level pic.twitter.com/88a1O81B66

Additionally, Jose Borregales made a 42-yard field goal look as easy as an extra point, and Lou Hedley was his normal, consistent self. Both players have made huge contributions for the ‘Canes in 2020, easily making them one of the best current kicking duos in college football.

Great way to end the half.

Second half coming up on ABC. pic.twitter.com/s2QYqUHq01

Per UM, Miami tied the FBS record with three blocked field goals tonight, which has only been done once before — by South Alabama versus FAU in October 2012.

Hedley punted 7 times for an average of 46.4 yards on Saturday. While his production was solid once again, hopefully, he won’t be used as much in future matchups. Despite the amount of punts, Miami’s coverage on them was sound, keeping Clemson to a single punt return that went for just 1 yard.

Ultimately, Saturday’s drubbing was a harsh wake-up call for the Hurricanes. Many were hoping to see a team go toe-to-toe with one of the best dynasties in college football. What the world saw, was a program hopefully on the right track, but with a long way to go.

Clemson D held Miami to just a 15 percent success rate on passing downs (2nd and 8+, 3rd and 5+). It kept QB D’Eriq King in the pocket and forced more than 20 long d/d. Miami’s RBs had just 11 yards on 10 carries. The Miami WRs had just 33 yards on 15 targets before gartime

More positively, Miami has come a long, long way in special teams. The wonderful talent added through the transfer portal gives coaches, players, and fans confidence in an area that plagued the team with lackluster execution before.