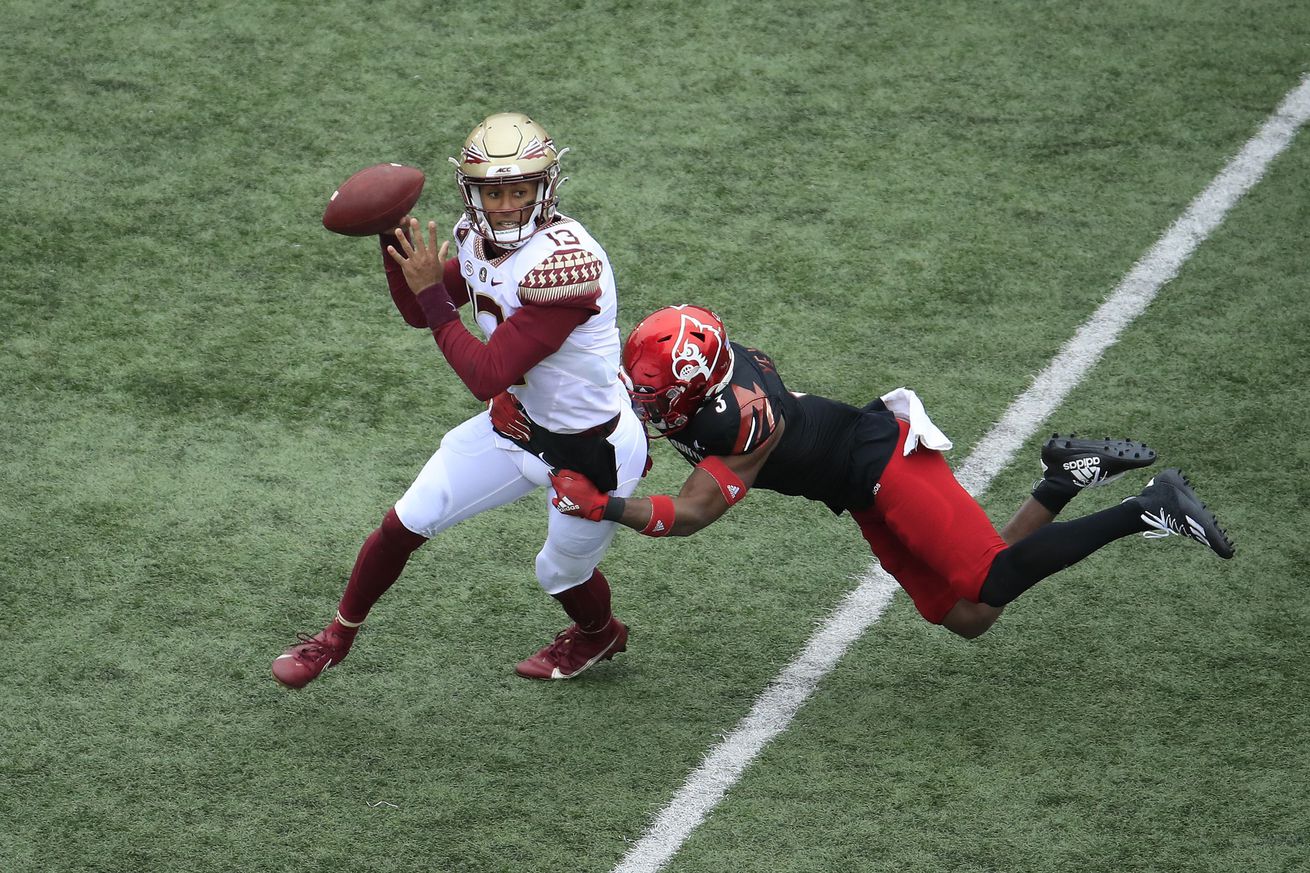 The 2020 season that many thought would never arrive will enter its 10th week this weekend. The major storylines in Atlantic Coast Conference action include Notre Dame’s upset win over Clemson last week, and two games (Duke vs Virginia and Pittsburgh vs Georgia Tech) being postponed due to COVID precautions.

Still, there remains a menu of conference games for Canes fans to watch after UM’s matchups at Virginia Tech concludes. For just the second time in 2020, Miami will kickoff at noon, buying time for some free afternoon and evening game watching.

Here’s who Hurricanes fans should consider rooting for Saturday.

This in-state rivalry takes on new meaning this season. The two schools don’t often play each other, as they normally sit in opposite conference divisions. Last season, they scheduled each other as non-conference opponents as they wanted to play in spite of not being scheduled to do so by the ACC.

But this season, they will get the chance to see each other in conference action due to the pandemic-related schedule changes. The Tar Heels had their eyes set on a trip to the ACC Championship Game preseason, but have fallen from the No. 5 ranking to out of the top-25 completely following a pair of losses to date.

Wake Forest meanwhile has won four straight after an 0-2 start. They’ve scored 37 points per game in 2020, while UNC has given up an average of 40.9. It should be a high scoring game in Chapel Hill, but if you have to root for one side, pick Wake Forest, as they’ve been less of a pesky rival to UM over the years. If, of course, that’s a factor that may influence you.

Notre Dame’s win over Clemson made Miami’s ACC Championship Game hopes significantly longer overnight. Instead of being able to force a tie for second in the league standings, Miami now needs crazy shenanigans to happen if they are going to be in Charlotte this December.

In this battle of Catholic institutions, still hold out hope that the Eagles can upset the Irish. They came close to upsetting Clemson, and every minute that the game remains close here is one that’ll be potentially entertaining.

If Notre Dame loses this matchup though, they’d need to lose again in order to bequeath the second-place spot to Miami, as the Irish would hold the tiebreaker over UM by having beaten the highest-ranked common opponent (Clemson).

Neither side here is any threat to the Canes at this point. Both teams have already lost to Miami and are not threats in the conference title conversation. SO this game comes down to personal preference.

I am personally cheering for Louisville in this game. They are more entertaining, behind the duo of QB Malik Cunningham and WR Tutu Atwell. It’s crazy that they haven’t been able to churn out more than two wins to this point.

Besides, UVA is a Coastal Division rival in most years that has caused some problems for the Hurricanes in recent years.

What is going on with the Florida State program?

They came into 2020 with high hopes under new head coach Mike Norvell. Instead, they’ve completely unraveled, losing all but one ACC game to this point as well as three high-impact players on their roster. Something isn’t right, to say the least.

They’ll go to Raleigh a week after the Hurricanes took care of business against the same team last week. Former FSU QB Bailey Hockman has led the Wolfpack offense to prolific numbers, all while the ‘Noles have given up over five touchdowns per game.

This game shouldn’t be close. Grab your popcorn and see how much NC State can run it up Saturday night.