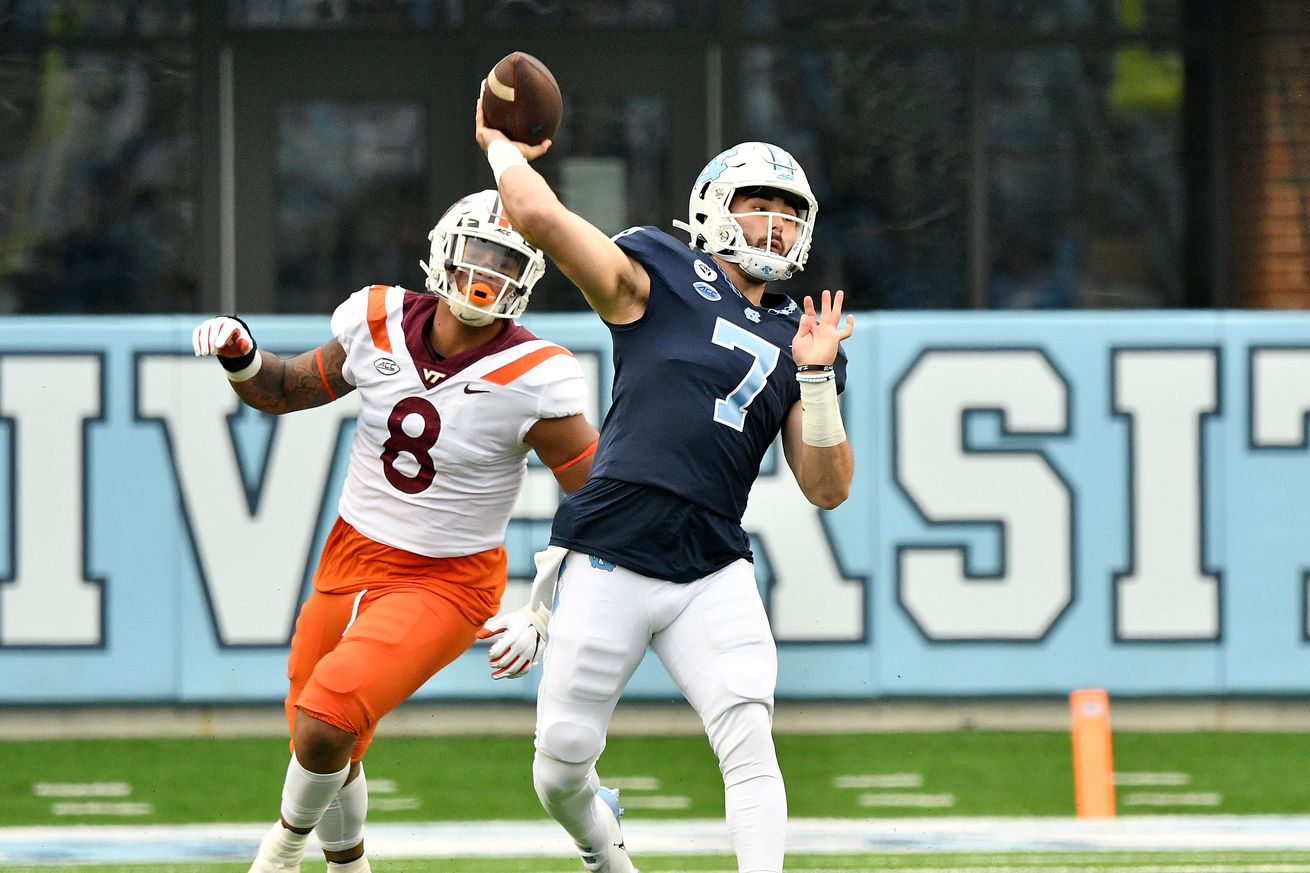 It’s not too early to start thinking about the ACC Championship Game spot.

We’re hitting the mid-point of the Atlantic Coast Conference football season in 2020. Now fans know who’s for real, who isn’t, and which teams are now looking ahead to 2021.

The Miami Hurricanes look to get back in the win column Saturday against Pittsburgh after a disappointing setback at Clemson. Across the rest of the conference, a full slate of games are scheduled.

Clemson is one week removed from its 42-17 win over UM. It’s easy to expect them to perform similarly against a Georgia Tech team which has look efficient at times and disorganized at others.

This game shouldn’t be close. Root for Clemson to win for two reasons. One, the Canes’ sole loss to this point in 2020 can’t look any weaker than it already does. And two, assuming that the Tigers are a lock to take one of the two ACC Championship Game spots, Georgia Tech still poses a threat for the other spot for now, even if conventional wisdom suggests that won’t be the case for much longer.

You would think the ACC team would be favored to beat program which is still in its FBS infancy. You’d be wrong.

The Flames come into Saturday at -2.5 over the Orange. Much of that reflects that the win-loss disparity between the teams, albeit with Liberty having a tougher schedule.

Even for those who love upsets, the Flames winning wouldn’t account for being one. With this being a non-conference game, Syracuse can’t get closer to a conference title game by winning. A loss by the Orangemen may even further hurt the ACC’s already shaky national reputation, so there is really only one team to root for in this game.

The Louisville Cardinals have not looked the same since the Canes came into their stadium and blew them out on national television. Sitting at 1-3, Scott Satterfield needs a win soon before the season becomes merely a salvaging project.

The Cardinals played the Irish tough for a half in last year’s opener. Notre Dame is a rival of Miami’s as well as a legitimate threat to the Hurricanes’ hopes of an ACC title berth. It goes without further saying that all Miami fans need to switch over to NBC and cheer hard for Louisville as soon as the Pitt game concludes Saturday.

In spite of Duke’s win over Syracuse a week ago, Duke looks like, well, Duke of old so far in 2020. They’ll run into NC State Saturday, having to travel only across the Research Triangle to face the Wolfpack in Raleigh.

After a rebuilding year in 2019, NC State looks more like their normal selves this season. With only a loss to Virginia Tech, the ‘Pack look decent at worst in 2020.

A common theme in choosing who to root for in any ACC game from this point forward is whether the game has any meaning in Miami’s conference title hopes. This one is no exception. Duke is way down the standings, while NC State is tied with the Canes in the loss column. Hope that the Blue Devils pull off the upset here and end much hope for the Wolfpack to end up in Charlotte.

Virginia and Wake Forest already have two common opponents so far this season in NC State and Clemson. Neither side was able to pull off the win against either team. Both teams represent the “middle class” of the league in 2020, and will need to catch a few breaks to have any conference championship aspirations for much longer.

Because UVA has a win already in the conference and is probably the more likely of the two teams to pose any threat to the Canes, take Wake Forest in this one if you choose to even watch the game.

This is a tough one to lay out. In many ACC games, we at SOTU believe that UM fans should root against the better team, in hopes of making the road to Charlotte easier for Miami.

North Carolina is by far the better team and program right now compared to Florida State. If Tar Heels quarterback Sam Howell remained committed to the ‘Noles as a recruit, this game would be much different, as well as possibly the trajectory of the Miami-FSU rivalry.

A UNC loss would be huge for Miami’s hopes of getting to the conference title game. But can Canes fans root for the ‘Noles, even an FSU team which remains down? This is a decision best left to each individual fan, but I would personally recommend rooting for the Heels and keeping hope that the Hurricanes can take matters into their own hands when they face UNC in December.

Both Boston College and Virginia Tech look to continue strong starts in 2020. The Eagles and the Hokies could very much be factors in the conference discussion beyond Thanksgiving. Both teams have a common opponent in UNC they each played close as well as the confidence that they’ll be able to take care of business on any Saturday.

Still, the Hokies present a slightly bigger threat to UM than BC does. The Eagles are rolling with a first year coach and VT has more recent experience as a program in bigger spots. Root for Boston College in this one, but expect a good game either way if you choose to tune in.

That’s it for Week 6! Let’s all hope for another safe, fun and victorious day of football Saturday.