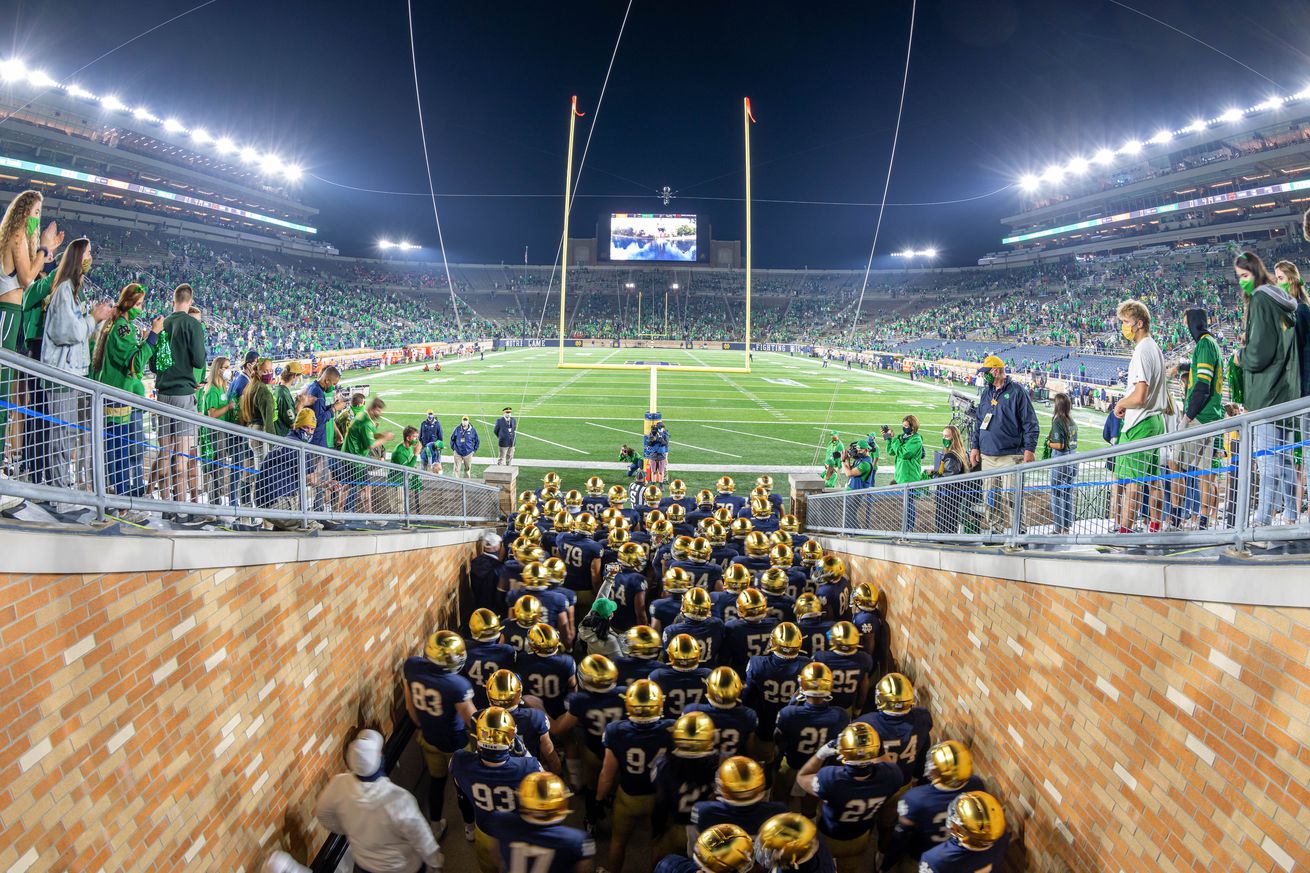 Some important conference games over the next few weeks will determine who goes to the ACC Championship Game.

Notre Dame’s defeat of Clemson has left Miami without a lot of options to make the ACC Championship Game. If Clemson and Notre Dame win out there will be a rematch in Charlotte. The Hurricanes last hope is to win out and hope Clemson loses another game, which seems unlikely.

With that being said, there’s still a lot left to be determined in the conference, including who represents the ACC in the New Year’s Six bowl games.

Miami comes into this game looking to continue their winning streak with hopes of finishing the season 10-1 and getting a chance to play in the Orange Bowl or as an at-large opponent in another New Year’s Six Game. The Hurricanes have been a little hard to predict since losing to Clemson with the offense struggling in wins against Pitt and Virginia, but then the defense struggling in a 44-41 win over NC State last week. Against rival Virginia Tech the Hurricanes will hope to put together a full game and show what they are capable of, especially as the first College Football Playoff rankings near.

Virginia Tech has struggled after starting 3-1. The Hokies lost last week at home to Liberty on a last-minute field goal and are looking to rebound with a win over a ranked rival. Hendon Hooker is great at QB for the Hokies and will present a tough challenge for Miami’s defense all afternoon. VT will hope to give a struggling Hurricanes defense all it can handle in this matchup.

A win for the Hurricanes would set them up nicely for the rest of the season, especially when looking down the road at an important matchup with North Carolina in a few weeks.

North Carolina is still frustrated from two tough losses against Florida State and Virginia, two of the worst teams in the ACC, that have effectively taken them out of the ACC Championship conversation for the time being. A win over a good Wake Forest team this week would be a huge boost heading into a final few weeks of the season that see the Tar Heels play No.2 Notre Dame and No.9 Miami. Wake Forest, on the other hand, is on a four game win streak after starting the season 0-2, and is looking to continue that streak with a good win over UNC on Saturday.

Miami has both of these teams remaining on its’ schedule and currently sits ahead of both in the conference standings. It’s difficult to decide who to root for here, since both teams have extremely similar remaining schedules. Miami has to play Wake Forest on the road, however, so the best option is to root for UNC to give the Demon Deacons another conference loss.

Notre Dame appears well on their way to the ACC Championship after a win over Clemson last week. If the Irish win out they will make their second College Football Playoff appearance. The remaining schedule has a few challenges left though, beginning this weekend with a game against a solid Boston College team.

Jeff Hafley and his Boston College team have been a pleasant surprise in the ACC in his first year as head coach. The Eagles have done a good job at winning the games they should this season, and came close to upsets against North Carolina and Notre Dame. This week, Boston College will be looking for a signature win that would be a huge boost for the program.

Root for Boston College in this game. Miami is always helped by the teams in front of them in the ACC standings losing.

This game matches up two of the most disappointing teams in the ACC this season. Before the year, Louisville was picked to be a top-five team in the conference, sometimes as even as high as third, before key injuries and a few close losses ruined their season. Not as much was expected from Virginia before the season, but two wins through six games is still disappointing, even despite all the talent the Cavaliers lost from last season’s team. Although, after a win against North Carolina, UVA will be hoping to take another step forward against Louisville.

Root for Louisville. This game has a limited effect on Miami, but the Hurricanes win against the Cardinals was on the road, while their win against UVA was at home.

Florida State is a program in turmoil in Mike Norvell’s first year. The Seminoles have had several players depart the program or become injured in the last week; including James Blackman, Tamorrion Terry, and Marvin Wilson. As a result, FSU will be desperate for a positive result when they take on NC State this weekend. The Wolfpack are coming off of a frustrating loss to Miami last week, but if they win out, a good bowl game is still within their reach.

Root for NC State in this game. The Wolfpack winning out would add another great road win to Miami’s resume, plus, it means rooting against FSU.

The conference title race is a lot clearer after Clemson and Notre Dame’s showdown, but the competition for the best bowl games still leaves a lot left to be decided in the last few weeks of the season.