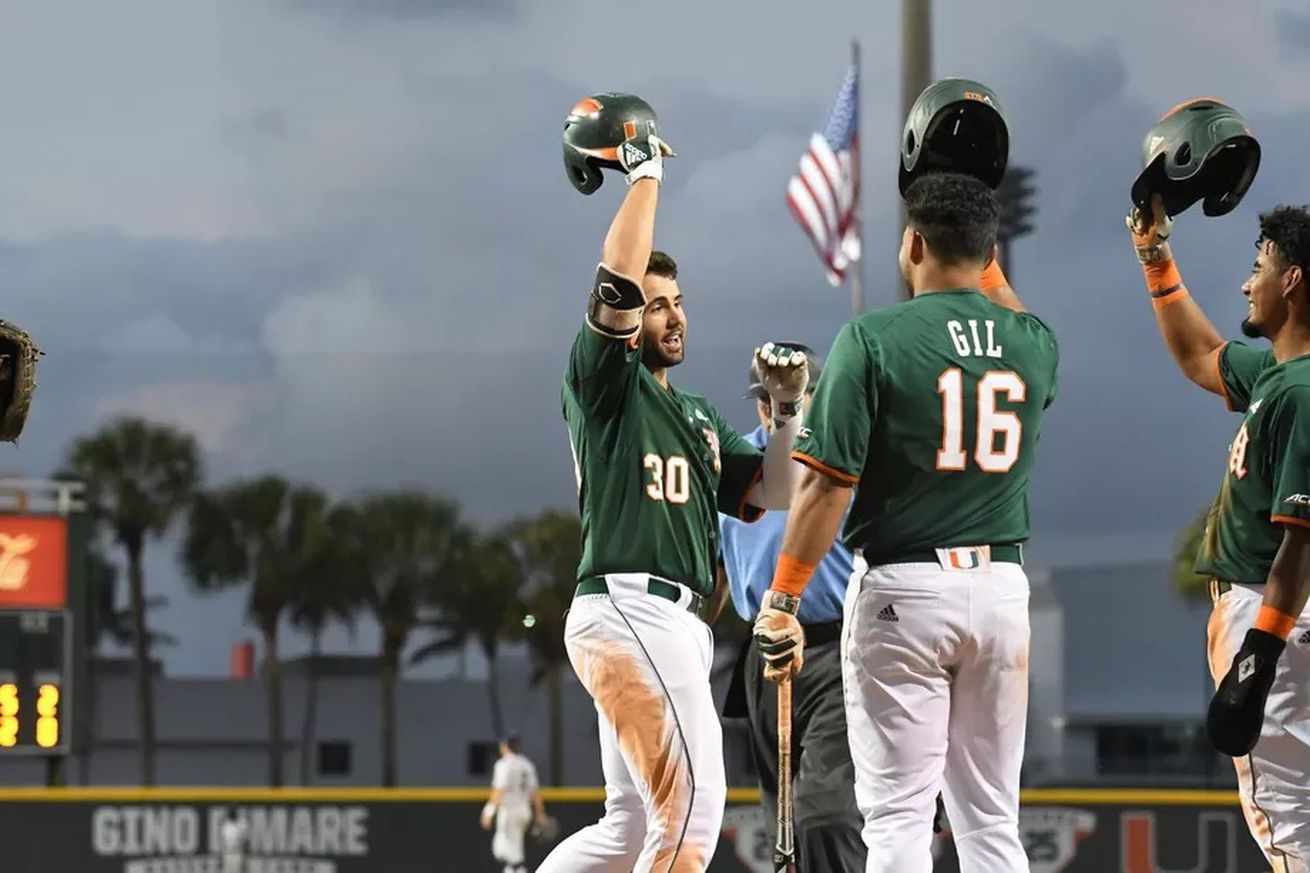 Student of the game is branching onto the diamond and looking at the game of baseball from a different perspective.

Alex Toral led the ACC in home runs last year with 24. 24 home runs was the second most ever for a Miami Hurricanes hitter in the storied program’s history. This Junior is once again leading the team in home runs with three on the young season and his power numbers are well documented.

Let’s not fool ourselves, Toral possessed power in high school. This natural lefty flashed big fly ability and even went deep at Marlin’s Park. This student of the game video will also take a look at what changes the Miami Hurricanes did with his swing and what was the catalyst for the clout.

Toral is also a smart hitter and boasts All-ACC academic honors. Being smart about pitch selection and working counts to your benefit is imperative for hitters. His recent home run on a low curve ball vs. Towson gave the opposing pitcher some whiplash.

.@AlexT_20 with a laser beam to right! Canes up four after one.

So what is the cause of his power surge? In 33 games as a freshmen he only hit one home run. So you ever wonder what a hitter does at the plate that causes such rotational force and power? Ever wonder what the ideal attack angle is and learn about how posture at the plate is important?

Student of the game is now multi-national. OK, Maybe it is just multi jurisdictional and crossing into baseball. Either way, still go grab your pencils and let’s become students. Today’s class is anatomy and the focal subject is Toral’s swing.