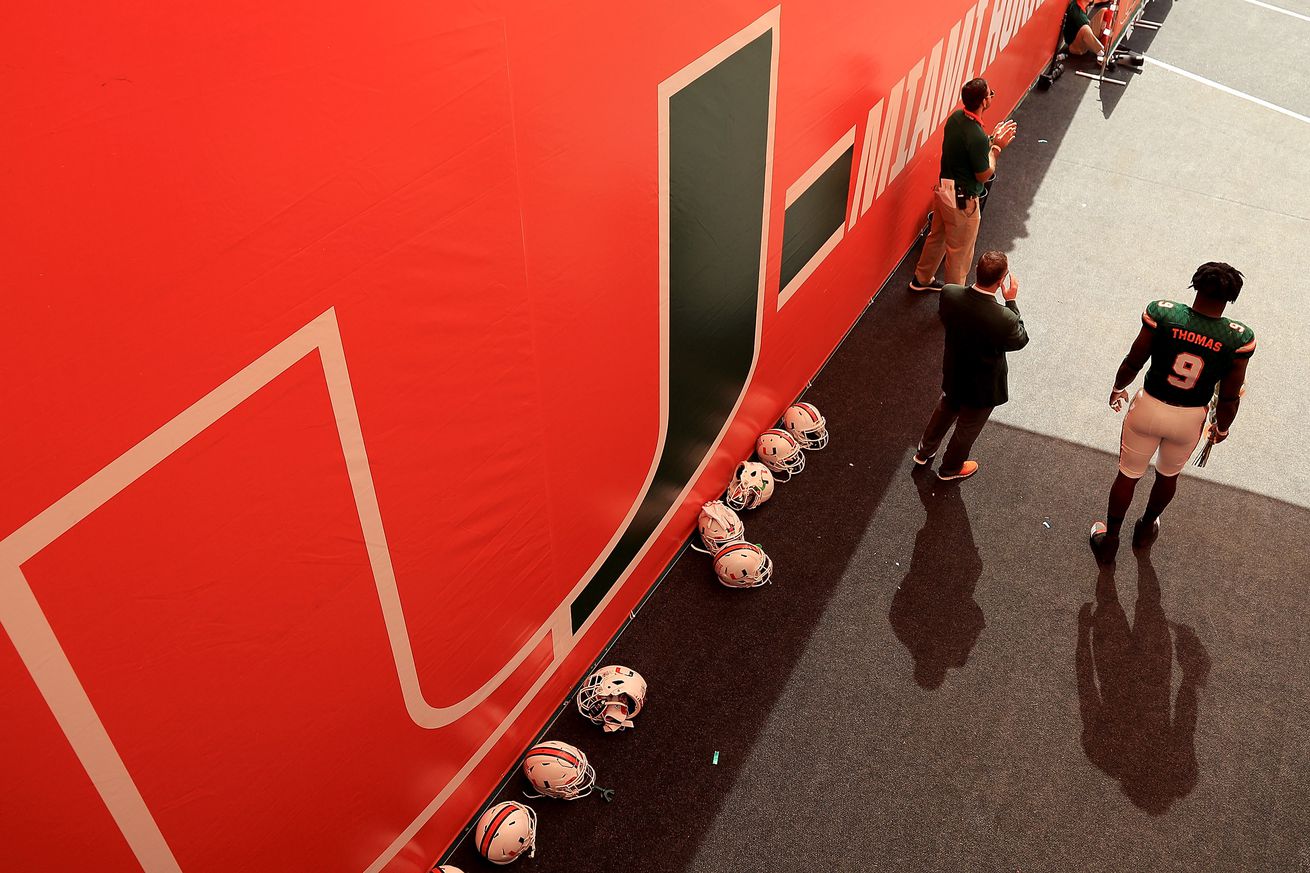 After the NFL’s Final Cuts, Many Familiar ProCanes’ Faces Find Themselves as Free Agents or in New Places

As NFL teams trimmed their rosters from roughly 80 players to 53-players on the final day of cuts this past weekend, there was a lot of movement involving former Miami Hurricanes’ stars. Going into the Saturday cut day, there were 46 ProCanes in the NFL. However, as of Wednesday, there are currently 31 former Canes on an active 53-man roster (that does not include transfers out of UM such as Gus Edwards, who joined the NFL out of Rutgers as a graduate transfer, despite four years at Miami).

For first year undrafted ProCanes, WR Jeff Thomas, LB Romeo Finley, and CB Trajan Bandy, were cut from the New England Patriots, Los Angeles Chargers, and Pittsburgh Steelers, respectively. Bandy has since been signed to the Steelers Practice Squad. In addition, WR, Lawrence Cager, who transferred Georgia for his final college season, was cut by the New York Jets, but then picked up for their practice squad. Thomas, who has immense potential and talent, remains a free agent, but has been a question mark based on a past that includes being suspended, benched, and dismissed during his time with the Canes.

For the rookies that were drafted out of the U, LB Shaquille Quarterman (4th round, 140th overall) made the Jacksonville Jaguars, DE Jonathan Garvin made the Green Bay Packers (7th round, 242nd overall), RB DeeJay Dallas made the Seattle Seahawks (4th round, 144th overall), and WR K.J. Osborn made the Minnesota Vikings (5th round, 176th overall), where he is currently slated to start at PR.

As to some former Canes’ stars that may have come as surprise cuts, former Pro Bowl RB, Lamar Miller (2012, 4th round, 97th overall), was a surprise cut by the Patriots. After a year off due to an ACL tear in 2019, Miller tried to forge his way back into the NFL in a loaded backfield but spent much of fall camp on the PUP list, and was subsequently released. CB, Michael Jackson, Sr. (2019, 5th round, 158th overall), was also waived by the Patriots, despite being traded to the team by the Lions in August.

There are also ProCanes not currently on the active roster but part of their respective teams’ organization: OG, Jon Feliciano (2015, 4th round, 128th overall) and CB, Artie Burns (2016, 1st round, 25th overall) are currently listed on the Buffalo Bills and Chicago Bears Injured Reserve lists, respectively, and WRs, Allen Hurns (2014, UDFA) and Travis Benjamin (2012, 4th round, 100th overall), opted out for the 2020 season with the Miami Dolphins and San Francisco 49ers, respectively.