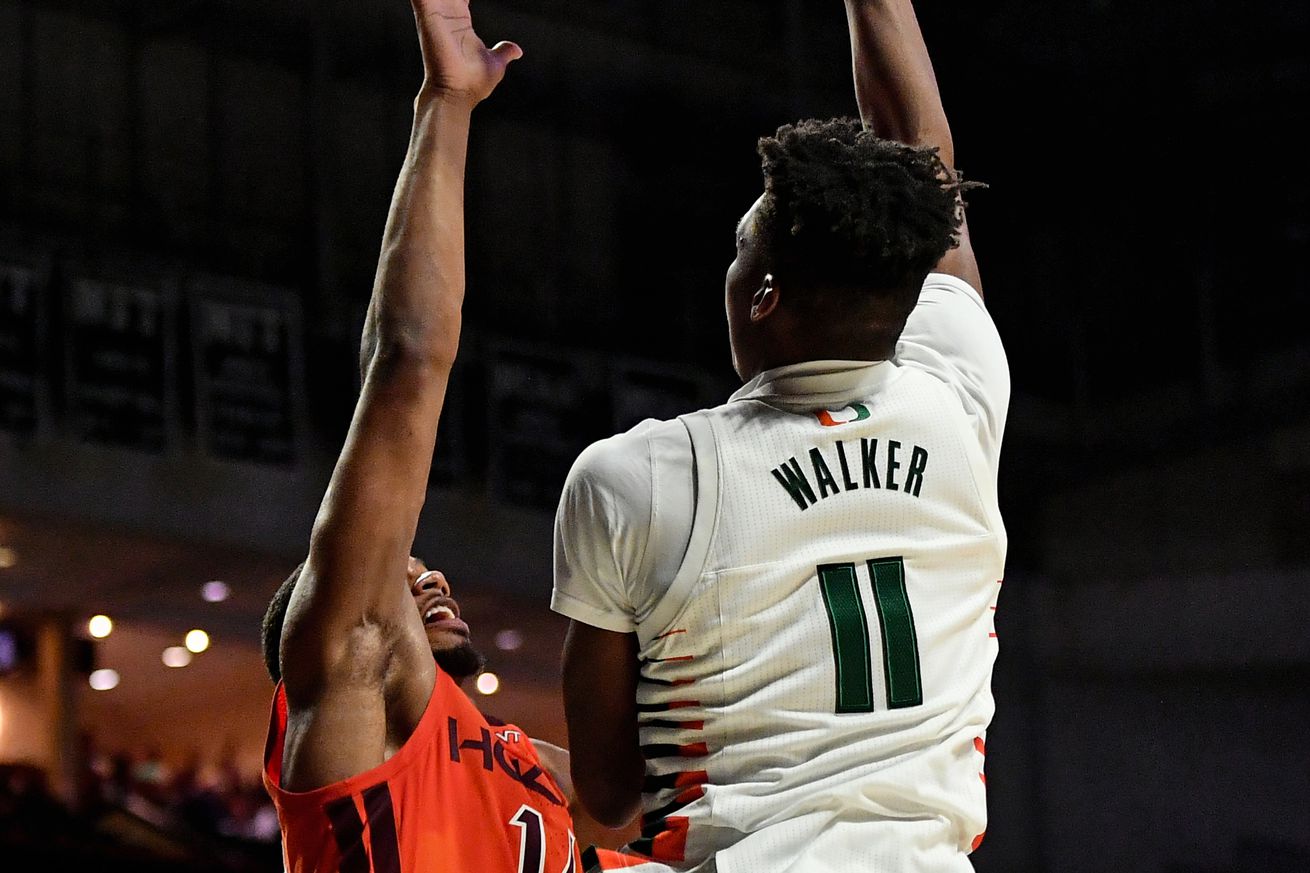 Hurricanes power forward Anthony Walker will look to step up big for coach Larrañaga this season as the team looks to fill the void of Sam Waardenburg.

Walker, a 6-foot-9, 210-pound native of Baltimore, Md., only averaged 3.3 points and 2.1 rebounds last year while seeing just over 12 minutes of the court per game.

But in 2020, a year where the Miami Hurricanes at last have enough scholarship players to run a full scrimmage in practice, Walker will now in part be relied upon to fill the absence of redshirt senior forward Sam Waardenburg. The New Zealand native will now miss the upcoming season with a foot injury suffered in practice.

“It’s gonna require at least one of our younger guys or inexperienced guys [to replace Waardenburg],” Larrañaga said after the team’s blowing loss. “So, we have three major candidates. A freshman in Matt Cross, a sophomore in Anthony Walker who played very little as a freshman, or Deng Gak who’s played very little because of injury throughout his career.”

Despite being viewed as a quality athlete with a bag of speed, vertical, and length, his skillset and overall approach to the game were something he’d have to improve upon post-arrival to The U. The former three-star recruit has nonetheless worked hard to improve physically and mentally this preseason, making him a work in progress.

“We saw so much potential in him in his freshman year and you still see the potential there,” said center Rodney Miller during media day on Oct. 30. The redshirt senior remains confident in Walker being the best the defender on the court with his athleticism, as he has begun to find his footing and take over in practice.

“There’s so much raw talent. This year what I’ve noticed is he’s honed in on a lot of his skills and he’s a lot more comfortable out there, and that’s huge. You can see it in his play and when he’s comfortable, he’s unstoppable,” Miller said.

Larrañaga chimed in as well, stating that he has been satisfied with how the sophomore has progressed in practice.

But in order for Walker to play an increased role this winter, his head coach will be looking to see who can execute on both sides of the court. The Canes finished 14th in scoring defense last season, allowing 73.2 points per game, which will not suffice should a climb to the ACC’s upper echelon be in sight.

“I’m pretty happy with the way the freshmen [of last year] have improved,” Larrañaga said. “I think Anthony Walker, Matt Cross, and Earl Timberlake are going to be able to help us immediately at the offensive end. It’s who’s going to bring it defensively, because we’ve been perhaps the worst defensive team in the ACC over the past two seasons.”

As he looks to potentially contribute with his smooth jump shot as well as the slashing and shot-blocking abilities, Walker will first have to wait until his minor knee injury heals.

Miami’s Anthony Walker (knee) will be out of action for approximately two more weeks, per Jim Larranaga.

After a season-high 14-point performance against North Carolina in Chapel Hill, N.C., last January, Walker will look to produce similar numbers in the scoring column. The team placed ninth offensively in the ACC with 71.2 points per game after relying on guards Chris Lykes and Kameron McGusty to handle the majority of the scoring load.

With Miami’s first game now against North Florida on Nov. 29, only time will tell if the big man can help give the program the lift needed at the four slot to make a deep run in the conference.