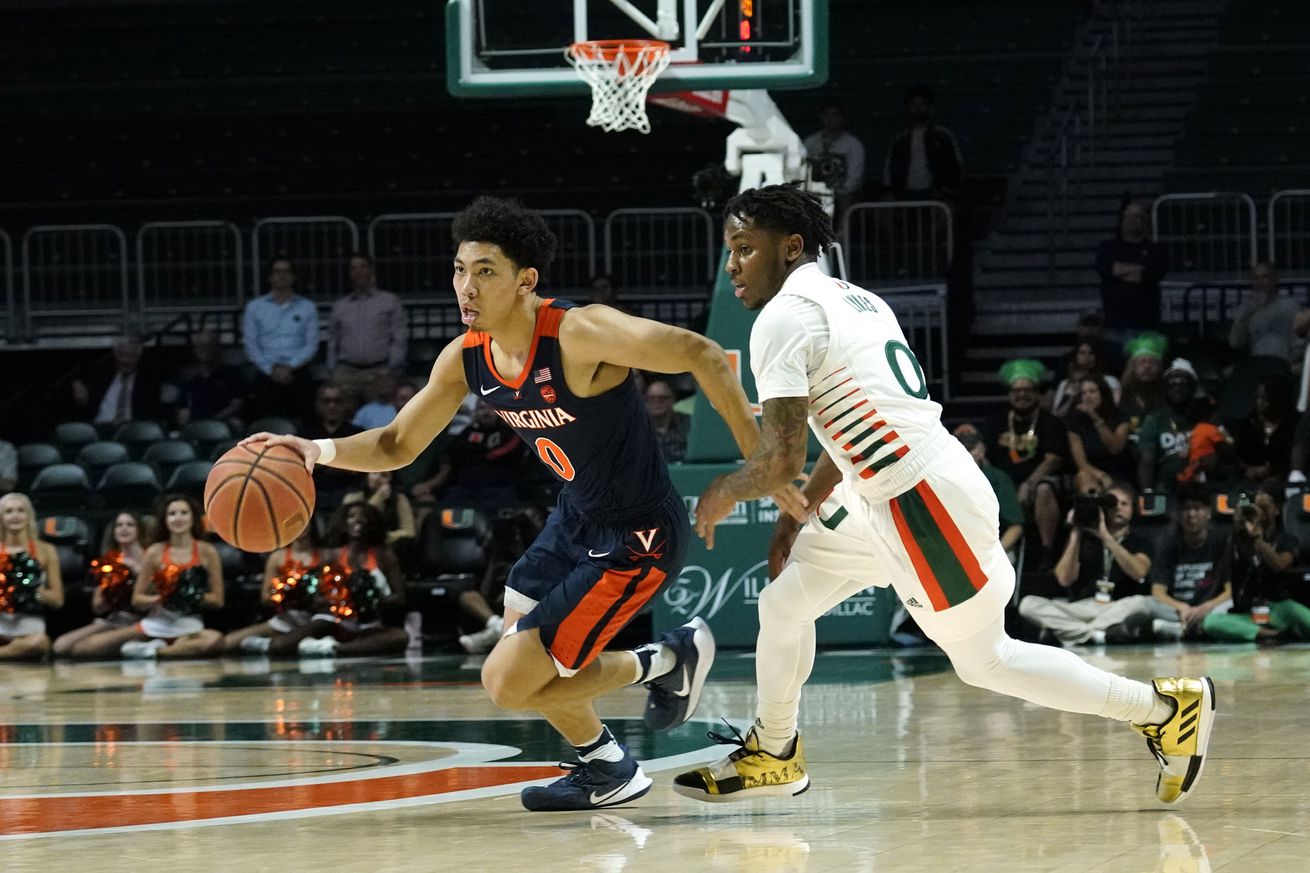 A low scoring game didn’t go the way of the Hurricanes in their third straight loss.

Points were at a premium at the Watsco Center on Wednesday night. That is because the Miami Hurricanes and No. 22 Virginia Cavaliers didn’t reach the double-digits until over halfway through the first half and the 20-point mark until there was less than four minutes to halftime, while the teams were square at 44 each with exactly one minute left in the contest. From that point on, each moment would be magnified.

Sam Waardenburg appeared to have an open layup with 14 seconds remaining to give Miami the lead, but UVA guard Braxton Key would block the shot without a whistle from the officials. Less than six seconds later, Harlond Beverly confusingly fouled Kihei Clark, and Clark made what would be the game winning shots from the free throw line in a 46-44 loss by the Hurricanes.

“One heck of a basketball game,” said head coach Jim Larrañaga. “I messed it up at the end. I throught Waardenburg got the offensive rebound and got fouled inside, and I was yelling to the referee, ‘He got fouled!’ [Beverly] thought that meant for him to foul. Didn’t get the chance to actually defend in that possession.”

Chris Lykes was the main source of offensive firepower for the Canes on a night they lacked it as a team; he scored a team-high 16 points. But Miami needed more than just their explosive guard against the defending national champions, as nobody else scored in double-figures. Keith Stone would be the closest with eight, while Harlond Beverly, DJ Vasiljevic and Rodney Miller each had six.

Lykes however, couldn’t finish the game due to an eye/nose issue that sent the junior to the emergency room in the second half.

As for UVA, a two-headed mister in Jay Huff and Mamadi Diakite would combine for 31 of their total points, with 17 and 14 respectively. Three Cavaliers were lethal on the boards, a critical mention in a defensive struggle. Diakite pulled down a game-high 10 rebounds in a double-double, while Huff and Key added nine and eight.

The start of the game was rocky for both sides. 13 minutes into the contest, UM and the Cavaliers had just nine points each and were each below 30% shooting from the field. Lykes headed up to make two 3-pointers and score 14 points before the break—including a midrange shot right as the first half buzzer sounded—but the Hurricanes still trailed 24-23 at half by way of a 40% field goal percentage in the opening 20 minutes.

Virginia and head coach Tony Bennett would continue to appear control the game for the entirety of the second half, never trailing after the 17-minute mark

The loss forces Miami to win Saturday and receive some additional help to avoid playing in the play-in game at the Atlantic Coast Conference Tournament on Mar. 10.

The Hurricanes remain in Coral Gables for the regular season finale Saturday against Syracuse in their quest to avoid the play-in round of the ACC Tournament next week. Tipoff vs. the Orange is slated for 4 p.m. on ACC Network.