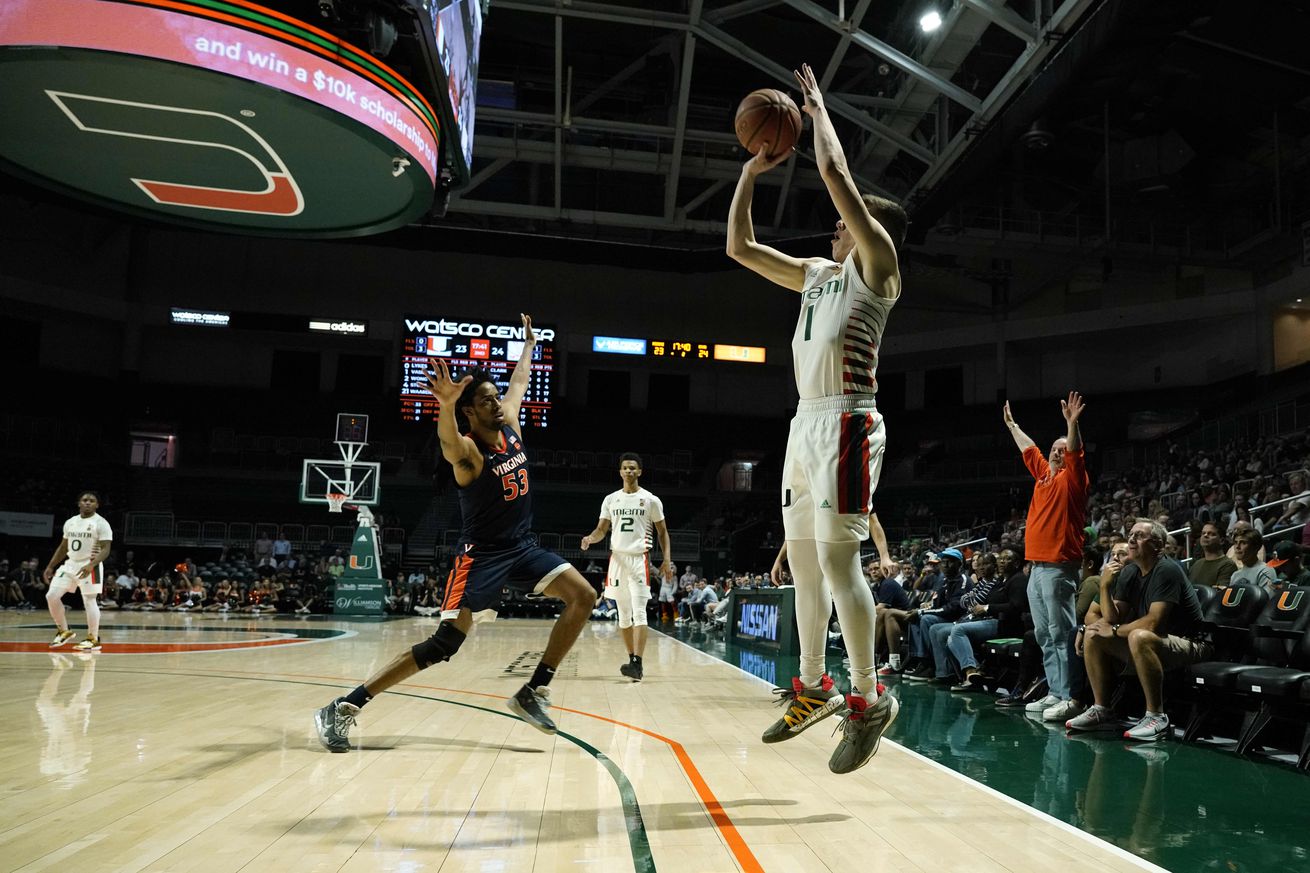 Miami has now done their part, has earned a bye past the play-in round of the ACC Tournament.

On the final day of the 2019-20 regular season, the Miami Hurricanes had one simple task to accomplish: Find a way out of the play-in round of the ACC Basketball Tournament next week. After the Virginia Tech Hokies, one of the teams above UM in the way of a bye, fell to Notre Dame Saturday, the Canes path became somewhat more clear. They’ll need more help tonight, but they did their part in a 69-65 overtime win over the Syracuse Orange at the Watsco Center.

The win represents the highest-quality win UM has in ACC play this season based on opponent conference record. It also makes the Canes 3-1 in OT games this season.

Miami (15-15, 7-13) now can relax with assurance that they have successfully bypassed the opening round of the ACC Tournament on Tuesday, instead punching a ticket to Wednesday.

The Canes were without the services of Chris Lykes (Face), who sustained a blow to the head in Wednesday’s loss and is out indefinitely, making it tougher for UM to accomplish what they need to today, and also make the road ahead tougher.

And like a majority of UM’s previous game against Virginia on Wednesday, the points came much hard for both teams Saturday.

The Hurricanes exited regulation tied at 56 after an excellent game from DJ Vasiljevic, who shot only 3-pointers from the field and make five of his 13 attempts for 17 points. But it was Isaiah Wong who had a game-high 18 points, putting a cherry on top of a breakout freshman season in at Miami. Kameron McGusty also added 13 points in the win.

Three Orangemen in Marek Dolezaj, Joseph Girard and Buddy Boeheim and reached double-figures, with Dolezaj’s 17 leading the way, followed by Girard and Boeheim with 13 and 12 respectively.

The Canes never trailed after the nine-minute mark of the first half, leading by as much as six and taking a 26-24 lead into halftime.

Syracuse took their own six-point lead—their largest of the game—with 9:22 to play, before UM went up by four after a pair of Wong free throws with 16 seconds remaining in the second half.

Girard made two baskets in the final 10 seconds of regulation, including a buzzer-beater with a second remaining to force OT.

It would take another five points from Wong and two key Vasiljevic free throws late to seal the win in the waining seconds of overtime.

UM takes the No. 9 seed to Greensboro and will face the No. 8 seed Clemson Tigers on Wednesday. Miami will look for their second win over CU this season after a 73-68 road win on New Year’s Eve.