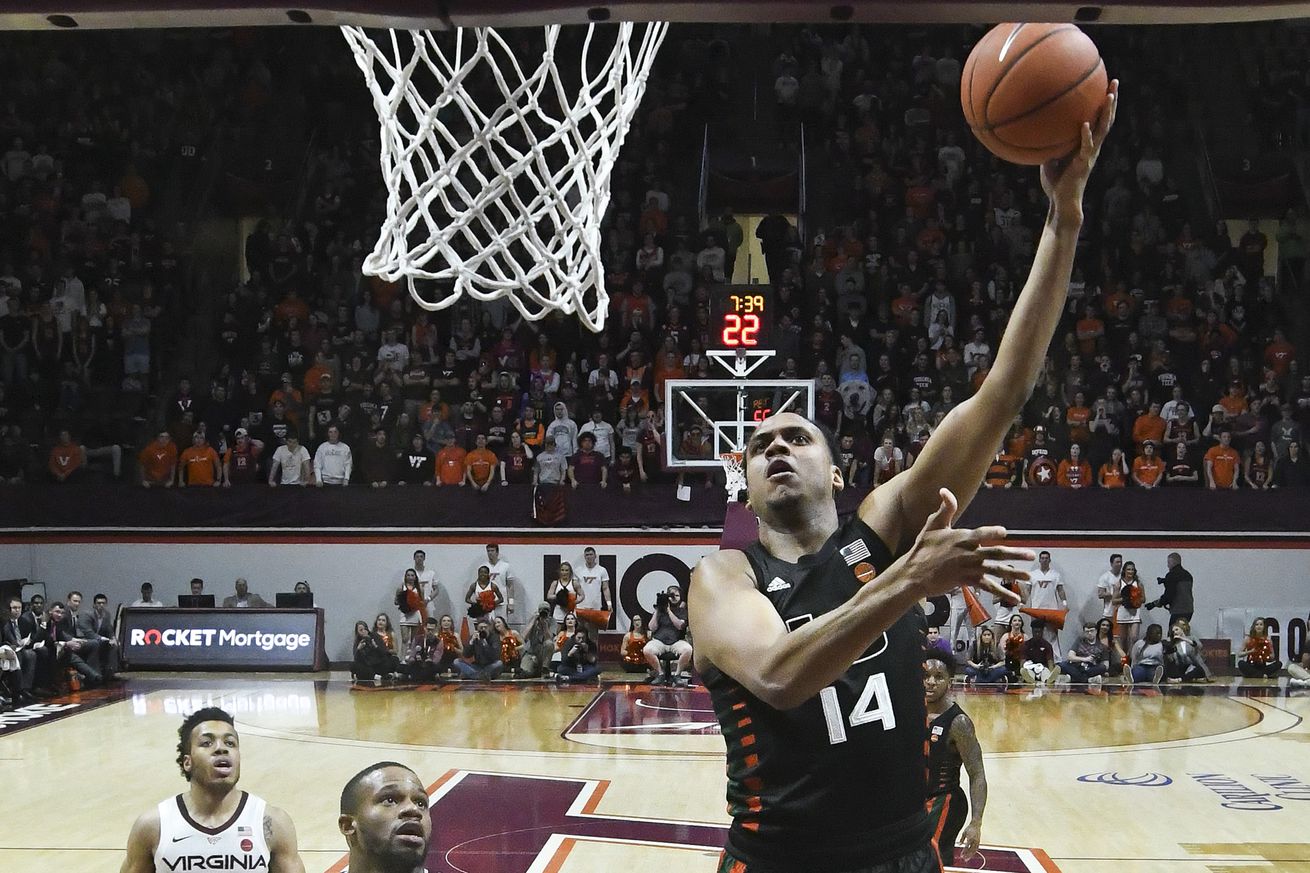 Hurricanes redshirt senior center Rodney Miller has evolved throughout his time under coach Jim Larrañaga’s program, getting increased minutes last season. His leadership will remain vital to the team’s success in 2020-2021.

Rodney Miller Jr. did not simply walk on the court and play 40 minutes per game for coach Jim Larrañaga upon his arrival to Coral Gables, Fla. He’s had to earn every minute of gameplay, in fact.

The redshirt senior center out of Laurelton, N.Y., spent his high school playing days at Oak Hill Academy (Mouth of Wilson, Va.), coming into the Miami program as a three-star recruit. The 6-foot-11 big man was recruited as the No. 15 nationally ranked center in 2015.

“Coming into my freshman year, I had a bag load of moves and Coach L hounded on me, ‘Hey Rod! Simple is better.’ So, I cut down on a lot of moves, but I’ve really mastering my left and right-hand jump hook. I can do it both really smoothly with either hand, so I think you’re gonna see a lot more of that.”

But despite his accolades, Miller would have to consistently work on his stamina, speed and agility to boost his performance and earn his way into the starting lineup in the winter of 2019. Not to mention he also lost 45 pounds while redshirting during the 2018-2019 season.

“Ever since I lost weight, all my moves are sharper,” Miller said. “I’m jumping higher, running faster, moving better; and most important, on the defensive end, I’m able to guard the ball screen. College basketball’s a lot of that.”

Chris Caputo, Miami’s long-tenured assistant coach, remarked on the vast difference Miller had on the team last season, before the Canes’ elimination in the ACC Tournament.

“He’s 45 pounds lighter and the way the game is being played all over the world now, it’s very fast, it’s played smaller, so guys with Rod’s size, even though he has incredible touch and gifts near the basket and good feel for the game, the reality for him is you have to be able to run the floor, defend the pick and roll and move laterally and be versatile as a defender,” Caputo said.

The veteran big did not stop at the physical transformation, however. His work ethic has been able to carry him towards the further fine-tuning of his on-court abilities, despite the global pandemic.

“A lot of people took quarantine time to just focus on themselves and I did that myself a lot,” Miller said. “I really honed in on my skills. I got into the gym as much as possible, worked on my free throws, and [I’m] just trying to be more of a consistent player. Coach L has instilled a great work ethic here at “The U,” and everyday I’ve been trying to get better. I’ve been working on my conditioning and my jump hooks and getting to my spots.”

Looking towards this year, Miller knows how vital his leadership will be towards the new crop of Canes that will add to the team’s depth and overall talent.

“We have a stockpile of guys and it’s gonna be huge for us,” Miller said. “Having depth just lowers injuries if you can rotate guys in and out [of the lineup] and that’s what we have. We have a lot of capable guys who can come in and do a lot of work early, so we expect a lot out of everybody. The seniors are here to teach the freshmen so they could produce early, and I think we’re gonna have a great season this year.”

The team’s veteran leader will have to play an even larger role potentially from a rebounding standpoint, despite being a center. Redshirt senior power forward Sam Waardenburg, who averaged the most rebounds of his career last season (six), is now sidelined for the season with a foot injury.

“He was practicing extremely well,” Larrañaga said on the injured New Zealand native. “We’re going to dramatically miss his defense, rebounding, experience, and just his overall demeanor on the court. He was someone that did a lot of different things for us.”

Miller played in 30 of 31 games last year, while starting 28 of them and averaging just over seven points and 5.5 rebounds per game. Those numbers may not increase however, as he will likely lose his starting role to Cincinnati transfer center Nysier Brooks. The Philadelphia native is expected to have an immediate impact on the team as a shot-swatter, rebounder, and overall physical presence in the paint.

Though Miller may not see the entirety of his individual preparation from the offseason pay off, the Canes will potentially be able to storm the ACC come the start of 2021. His voice in the locker room and physicality and the floor will play a critical factor in Miami pushing deeper in both the ACC Tournament and the reappearance in the NCAA Tournament.