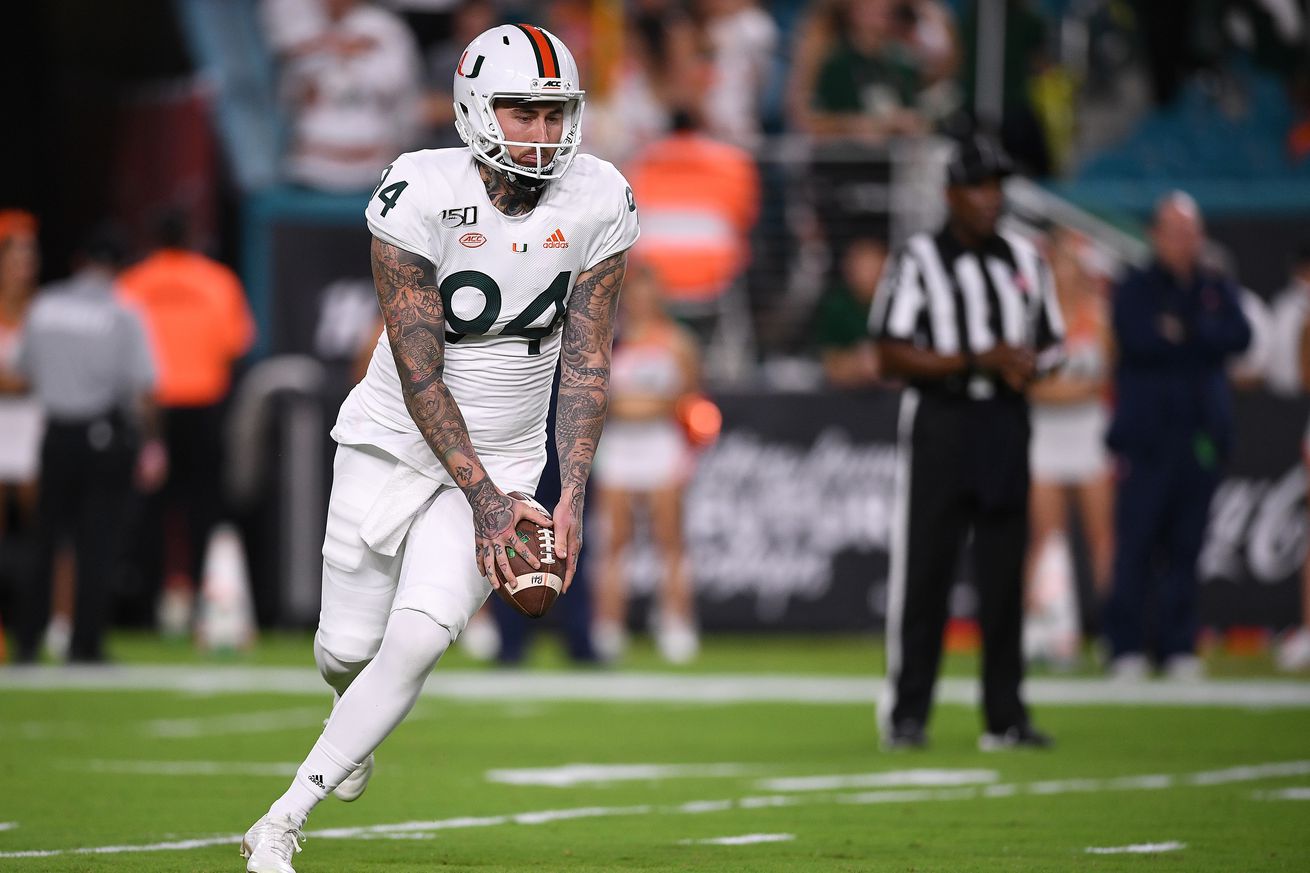 Miami was thoroughly dominated on offense and defense by Clemson last Saturday.

But, like in the three wins prior to the loss to Clemson, the Hurricanes were elite on special teams.

Lou Hedley punted well against Clemson, Jose Borregales made a field goal and two extra point attempts and Miami tied an FBS record by blocking three field goal attempts, one of which was returned for a touchdown by DJ Ivey.

Four games into the 2020 season, Miami has now completely turned around a special teams unit that was terrible punting the ball in 2018 and potentially even worse kicking field goals and extra points in 2019.

“We thought there was an opportunity to block some field goals with our defensive guys in there,” said Jonathan Patke, Miami’s outside linebacker and special teams coach. “We handle (Hedley and Borregales) like pros. They’ve been solid as a rock and we are really glad to have them.”

Blocked kicks: No.1 (three, tie; all against Clemson)

Kicker Jose Borregales is also 7-for-7 on field goals and 17-for-17 on extra points.

All of this begs the question, does Miami have the best special teams unit in the country?

Every year, Football Outsiders releases special teams rankings but has not yet done so for the 2020 season. Miami finished No.92 in the 2019 rankings and No. 61 in 2018.

When the 2020 rankings are released, the Hurricanes will surely be ranked higher than 2018 and 2019 solely because of Borregales’ field goal efficiency and Hedley’s punt efficiency.

The one issue holding Miami back from having the top special teams unit in the country is punt return.

If the Hurricanes are able to fix their punt return woes, the sky is the limit for the 2020 special teams unit.