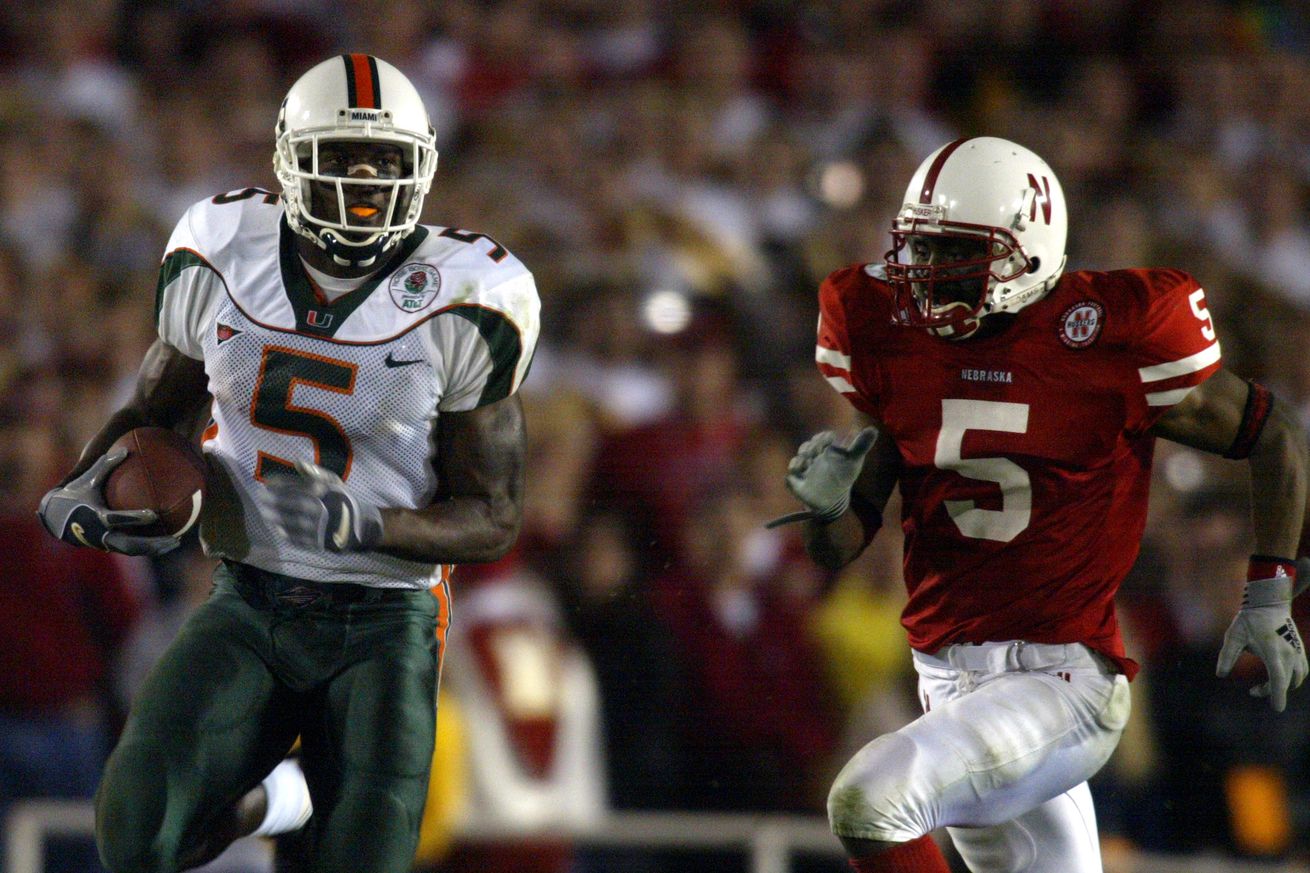 Sometimes the most talented aren’t going to be the “Best” for your organization.

Jimmy’s and Joe’s not X’s and O’s. There are many football cliches but not a single one is more steeped in reality than this one. Talent can overcome bad coaching, and even bad culture- in the short-term. It’s why programs, franchises and companies can serve as ‘cash cows’ for a couple of seasons but eventually fall apart. Their culture isn’t strong enough to sustain success.

I have been posting what recruiters look for at each position group and there have been intangibles as well as tangibles discussed. This piece is about how to put those intangibles and tangibles together and create a successful program. Why Andre Johnson? Because he’s one hell of a human being. Google it. Mr. Johnson has been a legendary player, but a much more legendary man.

When stepping into the head coach’s seat, the first thing that has to be done by the new boss is to define their coherent coaching narrative. The new coach has to sit back and be able to write their autobiography in both life and the business. Once they can describe their narrative, then they can define their purpose.

My purpose is to believe in others so they can believe in themselves. Nothing keeps a student-athlete as one of the non-compliant quite like said student-athlete having no purpose to walk your hallways, whether at your field house or school house. Once the coach has their narrative and purpose, they have to write their vision and mission.

According to Simon Sinek (watch his Ted Talk here), the vision is what the leader perceives the future looking like and the mission is how to get there. My vision as a football coach is to create a family of strong, positive community members. My mission is to accomplish this through relationships, commitment and discipline.

Those three terms, relationships, commitment and discipline, are my Core Values. Once you’ve selected your Core Values, a great leader will define the standards that meet those CV’s so they’re actionable items. You want your CV’s to be verbs, not just nouns.

In Jeff Johnson’s book (read it here), Everything I’m Not Made Me Everything I Am, he discuses “best over brand.” Johnson urges us to be more than just a brand, to be our best. Everything I’m Not is a journey-based book, it was written for the reader to blow up their pre-existing notions of themselves in order to build and be their personal best. Some of the Power 5 coaches could use a bulldozer rather than a brand makeover. Be your best brand, not just another social media posting good-but-not-great salesman.

We’ll get further into how to dig deep into a player’s transcript and the background check necessary to find out if the recruit is going to fit your CV’s. Needless to say, you have to have a deep recruiting staff that understands transcripts, and psychology, in order to make this work. Also, you have to develop your “best” in the weight room, on the practice field, and in the meeting room in order for them to achieve their max potential.

Either way, to paraphrase Bobby Bowden- one-third of your team, regardless of “star rankings” will be starters, one-third will be role players, and one-third will be busts. If you’re like Urban Meyer and Tim Tebow, you’re trying to push the 80% who are compliant, who are good enough, into being elite.

Who are the best?

I have no idea if Manny Diaz has a clearly defined purpose, or Core Values, or standards of performance for those. Bruce Feldman covered Mr. Williams in two of his books, Cane Mutiny and Meat Market. I saw Willie Williams’ Carol City Chiefs play Orlando-Edgewater in the state championship game. I watched Williams annihilate the Edgewater offense. He was a clearly talented player. But his Core Values didn’t fit the narrative at Miami, Louisville or in the pros. And that’s saying a lot.

The signs are typically clear on the transcript. I know open-enrollment and the Transfer Portal are changing the game, but when players are at three to five schools without a family reason in four years it’s a clear sign that the player will transfer on you, too, Mr. college head coach guy.

Are recruits taking AP and honors courses or are they in regular ed classes? Are your recruits having to repeat courses? Trust me, I’m an educator, school is really easy and the lowest grade most districts are allowed to give a student is a 59%, which means all you have to get in the next quarter is a 61% to pass the course. No student should fail in 2020. With “no zeros” and “no missing points for late work” protocols- you have to actively seek to fail.

What about absences? Something key to look into are blocks of five and 10 days excused absences. Typically, those are suspension dates for things like violence, sexual harassment and drugs/alcohol. It’s hard to suspend kids in 2020, if they have blocks of 5-10 days they did something you may not want in your program.

Then again, once you have a clear program culture, you can take a “risk” on an at-risk prospect. Clemson established this as a rule early on in Dabo Swinney’s (I’m aware he’s under fire right now) rise to fame. He passed on plenty of five-star players in order to get the right cultural fit with slightly less talented people. It’s important to sign blue chip players, but it’s more important to sign elite humans.

How do you build an elite organization?

Simon Sinek would say that a leader must have a clear WHY in order to make a strong, sustainable business work. A football program is no different. The coaches who lack clarity, confidence and conviction (thanks, Steve Borden) and don’t have a strong WHY (purpose, reason for being) can emulate great businesses or programs but can never sustain the success.

Apple’s WHY was to rebel against the status quo. Their HOW was through making technology fun and part of a lifestyle and their WHAT is as a tech company. A football coach needs a clear WHY. Culture and poop run downhill. It’s one thing to put up a sign in your field house and wear shirts that say “discipline” but you’re nothing more than a poster on a guidance counselor’s wall until A- the head coach behaves the way he wants his players to and B- the head coach clearly defines not only the behaviors expected but also gives players the tools to achieve them.

Elite organizations are built through elite leaders who have the clarity, confidence and conviction in their purpose, Core Values, and standards of performance. They live them out every single day. That’s the commitment and discipline I’m talking about in my CV’s. They create transformational relationships built on empathy, understanding and equity. They commit every day by holding themselves and others accountable (there is no such thing as leading by example) and the discipline to be five minutes early to every meeting with a notebook and a pen in hand.

The wrap on acquisition

Hopefully you can see the clear path from what is required of each position to what is required of the head football coach in charge of a program. The head coach sets the purpose, the WHY. The head coach also needs to establish Core Values and standards of performance for those CV’s. Once there, they have to be kind, not nice. Nice is bringing in donuts or a DJ for practice. Kind is holding each other accountable so we can achieve what we never even imagined.

In the end, acquisition isn’t just in finding talent. It’s about finding the “best” people for your program or organization. Next time we’ll discuss development of the “best” in your program. How do you develop? Through the weight room, field work, and in the meeting room. You can only get better or worse today, you cannot stay the same. #ProveIt