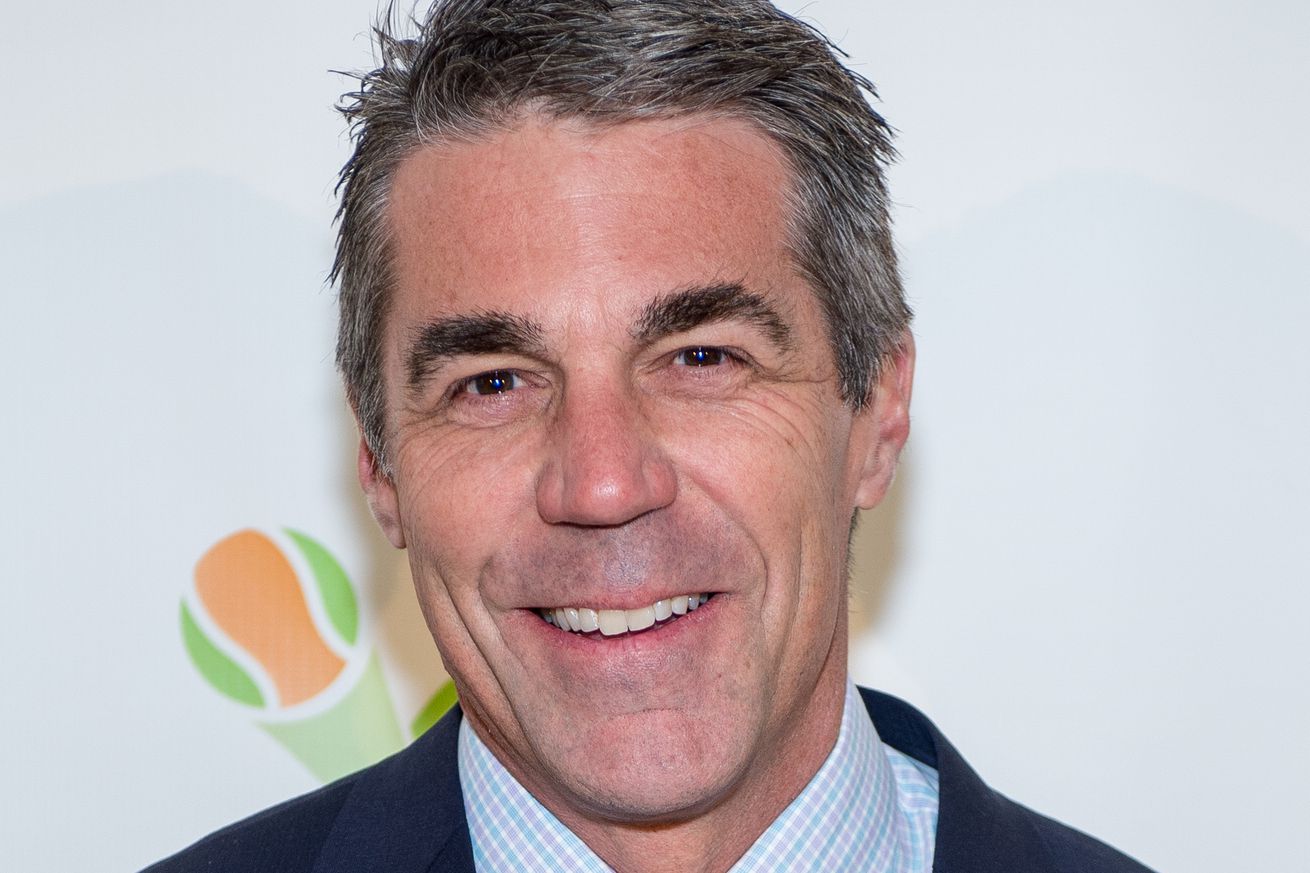 Recently on the Orange Bowl Boy’s podcast, I had the opportunity to interview the voice of college football. Chris Fowler is candid and uncut as he covers a myriad of topics including the upcoming Miami Hurricane Clemson Tiger game

On any given Saturday the college football game of the week will include a sterling staple. In every National Championship game the same staple is front and center narrating with brilliance. This Saturday when the Miami Hurricanes face off against the Clemson Tigers on prime time television, Chris Fowler will be the same recognizable iconic voice that you hear.

Recently I had the opportunity with my calamitous cohorts to interview Fowler and get his takes on all things college football to include the Miami Hurricanes. Where does he see the current state of affair for The U? What are his thoughts on new coordinator Rhett Lashlee?

These are just some of the topics covered during the 38 minute unfiltered interview. For The State of the U faithful however, we will bridge in many of the Hurricane topics and give you a sense what the man calling the game respectfully thinks.

ESPN’s Chris Fowler joined us for #102! It drops at midnight. We chatted for almost 40 minutes about everything Canes including this magical moment! COME. GET. SOME. #OBB pic.twitter.com/dp7D2Sy5o9

(Check out this audio clip of Chris Fowler’s reaction to Trajan Bandy’s iconic pick six off Ian Book vs. Notre Dame in 2017. Miami won the contest 41-8. “Break out the chain again!”)

OBB Roman Marciante “We know the significance once we hear your voice on the game, especially for these programs across America. I mean it’s huge because when your voice is the overlay to a game it matters. You’ve been on a couple memorable games for the University of Miami over the years, What is your reaction to this clip?” (Trajan Bandy Pick Six Audio plays)

Chris Fowler “Those were home games for me. I think people might know that I live in Miami Beach a lot of the year, most of the year and so to have two canes games in Hard Rock when it felt as close as it could feel to the old Orange Bowl days. I’ve seen many games in the old horse shoe in little Havana before they knocked it down, God rest her soul, and those two nights were so much fun. Not because the games were close, canes kind of ran away with both games, but it was just electric in there and the chance to call plays like that in that environment man. I was sitting there thinking the other week when we were doing the FSU-Miami game how fun it would be if the place would be full because cane fans would have been rocking and enjoying that experience.”

OBB Scoop Martell “Was that the loudest you ever heard a stadium?”

Chris Fowler “That’s as electric as I’ve heard Hard Rock okay and I haven’t seen every game there. I’ve been to plenty of Dolphins games. I know the Dolphins don’t quite reach that level of intensity but no. You know I think in the moment I got caught up in it because I have seen a lot of Miami games at the Orange Bowl. I’ve seen them when it was supercharged absolutely crackling with electricity, the environment in that state, in that stadium and I think that you know on that night it was cool to be a part of sort of an event that echoed that. And that’s why we got caught up in it.

OBB Roman Marciante “We had someone on the podcast, Dan Orlovski, an OBB alumni. Immediately at the hiring of Rhett Lashlee he said this was a home run hire for the Hurricanes. Now that you have watched a couple Hurricane games, what’s your initial impressions of our new offensive coordinator?”

Chris Fowler “I’ve known Rhett for a while. Obviously he’s no mystery to me. You know at Auburn he was so associated with Gus Malzahn that you’re never quite sure how much is him and how much is him running Gus’s offense. Gus was obviously very involved in calling the plays and then Lashlee took over and that didn’t work great and then Gus went back. So I mean I can’t say that I thought it was an immediate grand slam. I knew it would be a good hire. I knew it would be an improvement. I sensed he and D’Eriq King would be a great mesh and that this attack would get the most out of that quarterback and that’s where it starts right. He’s just an impressive guy. I mean in the middle of the beat down of Florida State my phone is blowing up because my Miami fans are Oh no! We are doing too well! The offense is playing too good! No. We’re never going to keep him! Someone is going to come take him! (Lashlee) I even said it on the air, would you just calm down and enjoy the ride for a moment.”

OBB Roman Marciante “Well Kirk (Herbstreit) was on the broadcast saying enjoy him canes fans because this is a guy getting a head coach job next season.”

Chris Fowler Maybe he fed into it I don’t know. (chuckles) I remember how high everybody was in Dan Enos when he came too so I think you have to be careful, it’s a small sample. I mean everybody’s eager to see this offense grow and evolve and you know D’Eriq is a thrilling player to watch and I think a lot of the pieces are still coming into place. The young freshman backs are going to add to it. The wide receivers coming into their own that’s sort of another part I’m impressed with. I’m impressed with the improving of the offensive line. So it’s a whole collective thing and I think there’s a lot of good things going on there.”

Chris Fowler “I am a huge Pearl Jam fan. (We knew this Chris) He’s done it for a long time. (Vedder) D’Eriq is one of those guys that makes those around him better and makes them better not just on the field but off the field and that’s what’s so impressive. Look he took a lot of crap for the decision, it was actually Holgorsen’s idea at Houston as you guys probably know and the opting out kind of thing rubs some people the wrong way. And then the sort of the idea that this mercenary world of college football where you kind of move around and pick a place where you like the offense or you think you can win a championship. Guys get criticized for that and that’s where we are right now but I don’t think they fully appreciated at Miami the leader they were getting. The example of a model teammate they were getting and how well he would come in and win the team.”

OBB Toast “Are you surprised how big of a difference there was in that recent FSU-Miami game? Where FSU is right now? Did you see them falling this far?

Chris Fowler “Yes. Yes. No. To answer your question. I never saw them falling this far. I mean I thought Mike Norvell would be able to come in and inject his offensive expertise and I thought they wouldn’t take another step back over there. I was disappointed obviously a lot going on with that team he (Norvell) couldn’t be there. They are lacking sorely in leadership and in chemistry and fire and fight. A lot of those things I still had questions afterwards. How much was Miami is really really good and how much of it is bad Florida State? So the feeling you got watching the game came a lot from the latter because they don’t look like a team that’s going to threaten. I mean where are the playmakers? Where is the roster of electric talent? I mean there is guys on defense that are on draft boards but offensively it’s pretty shocking you know where they are right now.”

OBB Scoop Martell “Can we keep this close enough to where, and we don’t like moral victories, but look you need to try and take one from this if you can’t win this game?”

Chris Fowler “Yeah I’d say you show up and compete. I mean I don’t think they should worry about the final score or keeping it close. I think they go expecting to win and you want a bunch of guys who believe they can go up there and win. And let’s be honest, it is easier to win in Clemson now than it would be in a typical season. it just is. That place is charged up and fired up and when you get Clemson’s attention, which Miami has for sure, and their crowd’s attention it becomes a serious task. Win or lose if you take care of business you still control your destiny to perhaps rematch against them but it’s just one of those game where you know Clemson has been the presumed playoff lock. You know everybody’s (saying) they’re going to go for a seventh straight year, they’re going to win the conference yet again and it’s they’re light years better than everybody else. I was just looking, they’ve been a double-digit favorite in every single regular season game going back to mid 2017.”

“I think obviously what’s fun about this (Miami) team, is that unlike the last couple years where perhaps Miami has wasted championship caliber defenses by not being dynamic enough offensively and once you fall behind it’s not good. This is a different kind of offense and I think it helps the defense because they don’t have to go out and hold somebody to 17 points or 20 points to have a chance to win and that’s good. You’re not going to hold Clemson. If they’re going to win, I think you’re going to have to put points on the board and I think it’s possible.”