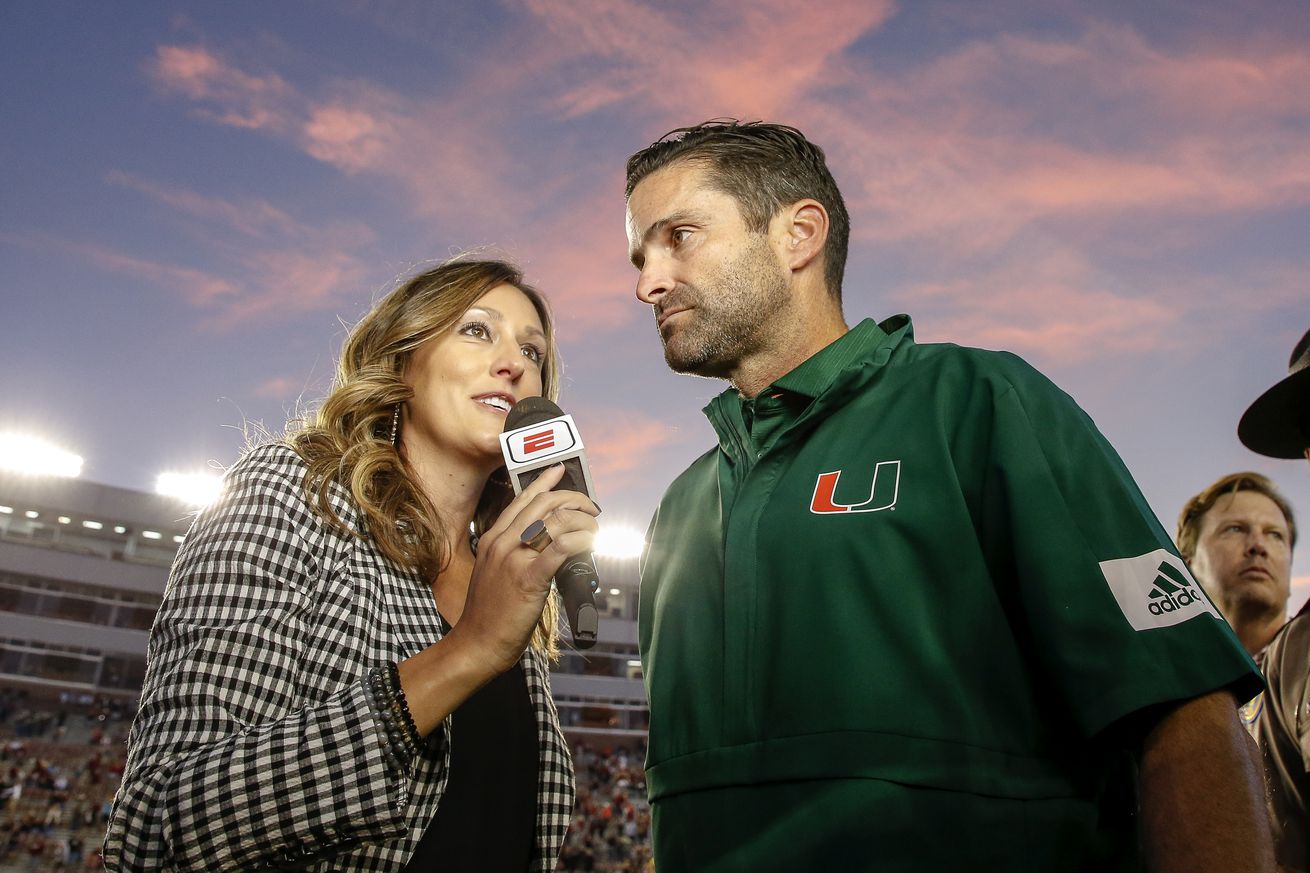 Coach Diaz believes this team is more connected than last year, and Miami-UAB kickoff time has been announced.

Following Tuesday practice, head coach Manny Diaz was the first to talk to the media.

Here’s what he had to say.

Two players in particular that coach Diaz was asked about was running back Robert Burns, and Patrick Joyner Jr.

Diaz says Burns, who is off of a knee injury, participated in Tuesday’s practice. He also said Joyner has moved once again to defensive end, with the departure of Gregory Rousseau.

The Hurricanes have yet to announce a #2 quarterback behind the starter D’Eriq King. N’Kosi Perry, Tate Martell and Tyler Van Dyke are all battling for the position.

Coach Diaz said that the Canes have a situational scrimmage on Friday, and that the depth chart will be established following that.

On Miami’s first game against UAB in 9 days, “I think it’ll be similar to the very first practice, first scrimmage,” said coach Diaz. “There will be a lot of emotions. Just the feeling of gratitude, that we get to get out there and play. That hasn’t been promised.”

Then coach Diaz talked in depth on why this Miami team is different from the 2019 season, and about building a culture within the program.

“It has to do with people, I think that’s part of it. When you’re establishing a culture, sometimes it’s not for everybody.” coach Diaz said.

Then on the team being more connected, “And then it’s just the way we work. The way we’re practicing now, fatigue will find you…you find out who’s really for their teammates.”

“We finished practice with some sprints, just to make sure everyone is holding everyone else accountable. We’re a little bit more connected team than we were a year ago.”

On one last note, the kickoff time for the Hurricanes-UAB game has been set for 8 PM EST next Thursday, and will be televised on the ACC Network.