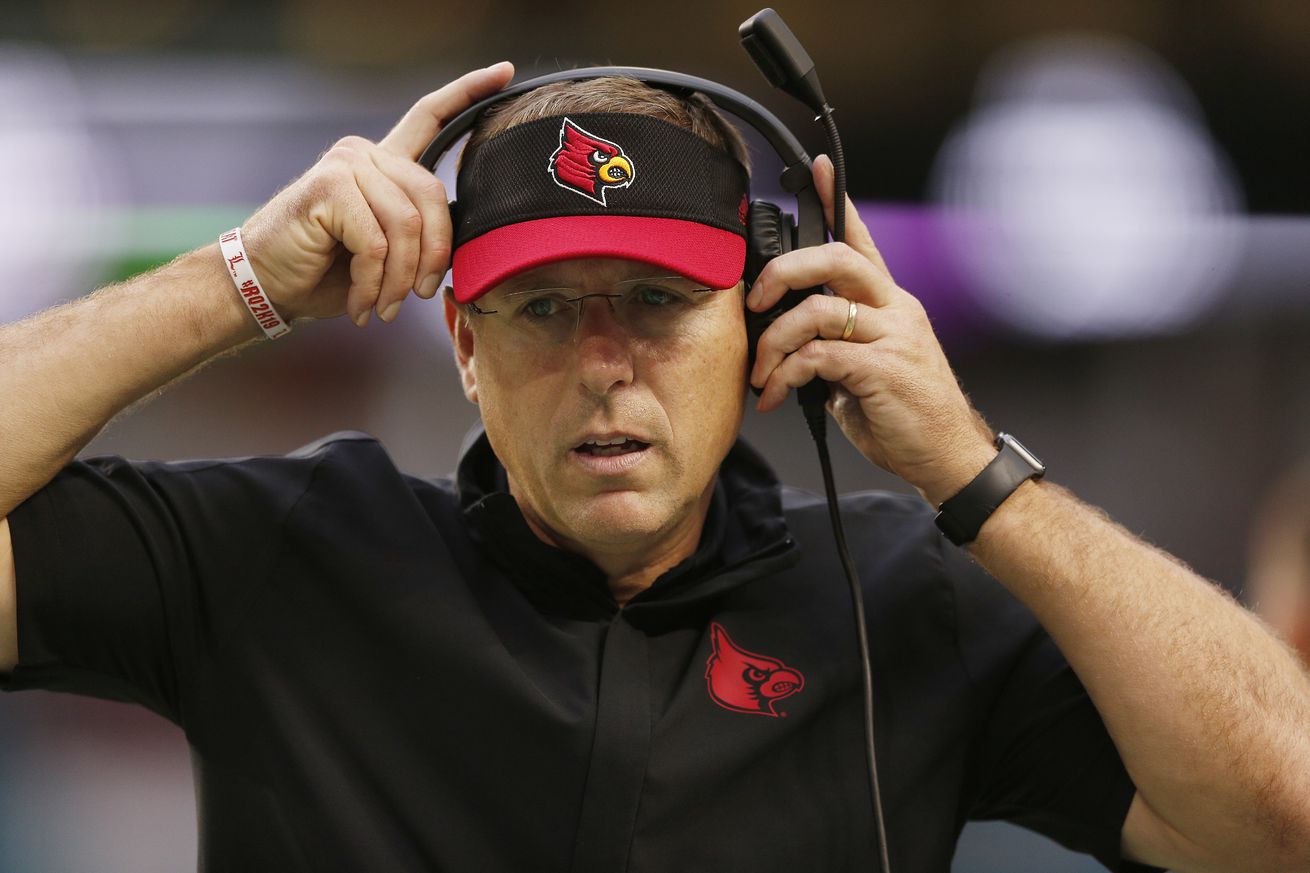 College GameDay. Primetime. ABC. ACC competition. This is a fantastic way for Manny Diaz to show the growth of the program to both local and national recruits. It’s also a great way for Scott Satterfield to prove that 2019 wasn’t a fluke, his Cards are here to stay.

The Hurricanes will head north to Kentucky to face the Louisville Cardinals on Saturday, September 19th. It’s a 7:30pm kickoff on ABC, getting the primetime treatment from the college football world.

Both squads are undefeated, as Miami knocked off UAB and Louisville convincingly won over Western Kentucky in Week 1. In the SP+ preseason rankings, Bill Connelly’s metrics had Miami finishing 23rd and Louisville 41st, but obviously, many teams have been pulled out of the equation since Bill C input the data.

One thing I’ve noticed by watching way too many college football games in Week 1 is the amount of kicking woes. Miami had a fumbled punt return, Georgia Tech had three kicks blocked by FSU, and Louisville added to the trend against WKU.

Louisville finished the game with six penalties for 69 yards and one turnover. All things coaches want to clean up but nothing egregious that stands out in Week 1.

Offense will drive the Cards as far as they can go. Quarterback Micale Cunningham is a dual threat passer who carved up WKU in Week 1. Cunningham averaged 8.8 yards per passing attempt with two touchdowns and no turnovers. He also ran for 46 more yards in the 38-21 victory over the Hilltoppers.

Cunningham is flanked by running back Javian Hawkins, who ran for 93 yards (4.9 yards per carry) and a score against WKU. Out wide is big play threat wide receiver Tutu Atwell. Atwell annihilated WKU with his speed catching five passes for 145 yards receiving (29 yards per catch) and three touchdowns.

Above- but it’s not just Atwell getting deep against WKU, it was the entire receiving corps. I think Al Blades Jr. has to be asked to mark Atwell, however, D.J. Ivey or Te’Cory Couch are going to need to step up and lock down the other receivers before it’s a long night.

Above- I worry about Satterfield’s ability to play action off of motion, and lose h-backs and tight ends against Miami’s safeties and linebackers. The Diaz-Baker defense has been suspect in the flats, and on crossing routes, since Manny arrived. Virginia Tech knew just how to dissect it, UAB tried to, and I believe Satterfield will, too.

Above- this may not worry others, but it sure does worry me. Cunningham gets pressure, the rush was too wide and he could see and feel it, and he takes off and runs through a wide open middle of the defense.

A bright-side flaw to the Cards is their offensive line allowed three sacks and four hurries to the ‘Toppers. Another stat of note is that the Louisville offense was only 4-of-11 on 3rd downs.

The Cardinals defense played a great first half, holding WKU to seven points before surrendering a touchdown in the 3rd and 4th quarters. Louisville managed only one sack and three hurries against a WKU offense that threw 47 times.

Take a look at this goal line stand from the fumbled punt snap. Louisville is back against the wall off the jump as WKU takes over inside of the +5 for the ‘Toppers. But Louisville lines up, due to the overload by the two WKU tight ends to the left of our screen (right of their offense), and the MLB is out of place.

Above- WKU dials up a zone run, attacks the bubble, and the running back keeps his legs going and scores. Due to poor alignment the MLB has a bad angle and the center has a great angle to pick him up.

Above- this play looks familiar to Louisville trying to defend Miami’s passing game in 2019. WKU runs a little flash fake play-action and their slot gets deep over the middle. Picture D’Eriq King dropping that in to Mike Harley for an explosive play.

The Louisville Cardinals are going to be a tougher out in 2020 than they were in 2019. Don’t get me wrong, the ‘19 season for Coach Satterfield was a great one, but whatever desert Dan Enos walked out of last season where he saw the light for a week and not only opened up the offense but just kept attacking the Cards deep and it worked. Louisville still looks suspect against a deep passing attack and gave up three passing TD’s to WKU.

In 2020, Miami also has the added element of King running the football, which the ‘Canes truly have never had from their QB. I don’t think the Cards can stop Miami’s offense. King, Harris, and Brevin Jordan should have a field day and absolutely carve up the Cards.

In my Summer Scheming piece, my Canyonero keys to victory were to: take deep shots, slow down Cunningham, and to put the emphasis on Atwell. I think Miami can commit to those three things, but I’m not sure if Atwell is the only concern after watching this past weekend. Someone will have to emerge opposite of Blades Jr. in order to stop the Cards from scoring 35+ points.

Prediction: Miami by 7 in a shootout.