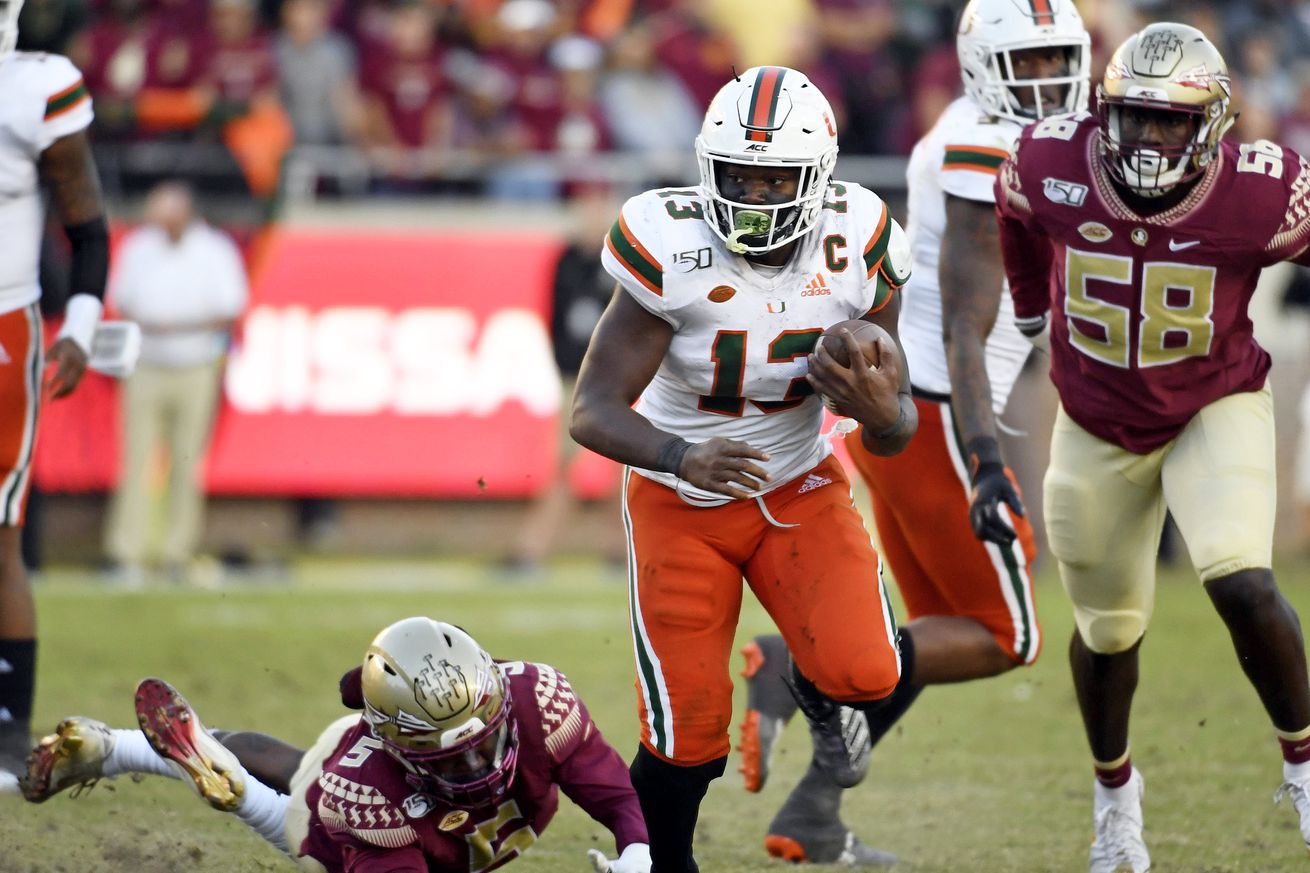 Not much has shifted after a week of the season.

College football is underway for the ACC and the Big 12, and the SEC begins in just a few weeks. With so many teams in Florida remaining inactive, things remained mostly the same, but a notable loss shifted things a little.

Florida is still first in these rankings, even if the Gators aren’t scheduled to play until September 26. The Gators might face a challenge with their first game taking place at Ole Miss in Lane Kiffin’s first game. After that a game at South Carolina shouldn’t present much of a challenge, but ranked opponents are up and down the schedule after that.

UCF faced a delay to the start of their season after their opener against FIU was postponed. They’ll open their season against a Georgia Tech team that surprised the college football world and upset Florida State this weekend. The Knights might struggle to get going early on, but expect their talent and speed to overcome. Jeff Sims will present an early challenge for the UCF defense.

GT’s upset of FSU helps UCF’s strength of schedule substantially. They’ll look to win this weekend, and use that momentum to catapult them to a successful season.

Miami got off to a solid start to 2020 last week, with a 17 point win over a talented UAB team. The Hurricanes rushing attack was potent, finishing with 337 yards as Miami kept the ball on the ground and kept most of the playbook closed ahead of ACC play. QB D’Eriq King looks like a game-changer even if Miami’s passing game looks like it still needs to build some rhythm.

This week the Hurricanes will face a tougher challenge as they go on the road to face No.18 Louisville. The Cardinals have a great offense, and QB Micale Cunningham will test a Hurricanes secondary that struggled at times last Thursday.

Florida Atlantic gets their season going this weekend on the road against Georgia Southern. The Owls will face a challenge, Georgia Southern isn’t as good as FAU, and struggled against Campbell last week, but they still have a game under their belt. Another challenge facing the Owls is a pause in practice due to positive COVID-19 tests, which may even result in a postponement later this week.

If Florida Atlantic takes the field on Saturday, they’ll be working to help new quarterback Nick Tronti settle into the job. If he can get going, FAU could be on track for a very good season.

The Mike Norvell era got off to a disastrous start over the weekend. FSU lost as a heavy favorite against Georgia Tech, who started freshman Jeff Sims, a former Florida State recruit that flipped to the Yellow Jackets after the new coaching staff arrived in Tallahassee. The Seminoles got off to a strong start, scoring on their first drive and then adding a field goal, but they could only manage another three points for the rest of the game. Meanwhile, GT improved as the game went on, and would’ve won by more had there not been a few blocked field goals. By the end of the game, the Yellow Jackets moved the ball relatively easily on the FSU defense.

There’s a lot of questions facing FSU. James Blackman struggled on Saturday afternoon, and questions surround a quarterback room that is facing injuries and inexperience. On defense, questions will be asked after FSU allowed 438 total yards against a true freshman quarterback. 161 of those yards came on the ground, which was supposed to be the strength of the defense. The Seminoles will have to reset and prepare during a bye-week before facing a rivalry-game vs Miami.

Jeff Scott got his first win as the Head Coach of USF last weekend. QB Jordan McCloud looked solid, although USF wasn’t intent on throwing the ball, as the Bulls ran for 302 yards on the ground in the win. The defense held The Citadel, a talented FCS team, to 284 yards of offense, and managed to force three turnovers. Overall, it was a solid, if unspectacular start to the Jeff Scott era, and USF did avoid the upset that some thought possible.

This week, though, will get a lot tougher for the Bulls. They’ll travel to No.7 Notre Dame and face an extremely good team in South Bend.

Florida International will begin their season on September 26 against Liberty. The Panthers are hoping to become bowl eligible for the fourth season in a row in 2020, but they’ll face challenges in replacing talent on defense and at quarterback.

FIU’s first game of the year comes against Liberty, a strong team that went 8-5 last season. It’ll be a challenge that will show how well Butch Davis has replaced the players that left after 2019.

Florida’s college football teams are adapting to the strange circumstances of this season. In the next few weeks all of them should take the field, and we’ll get a true idea of how each of the teams in the state rank.