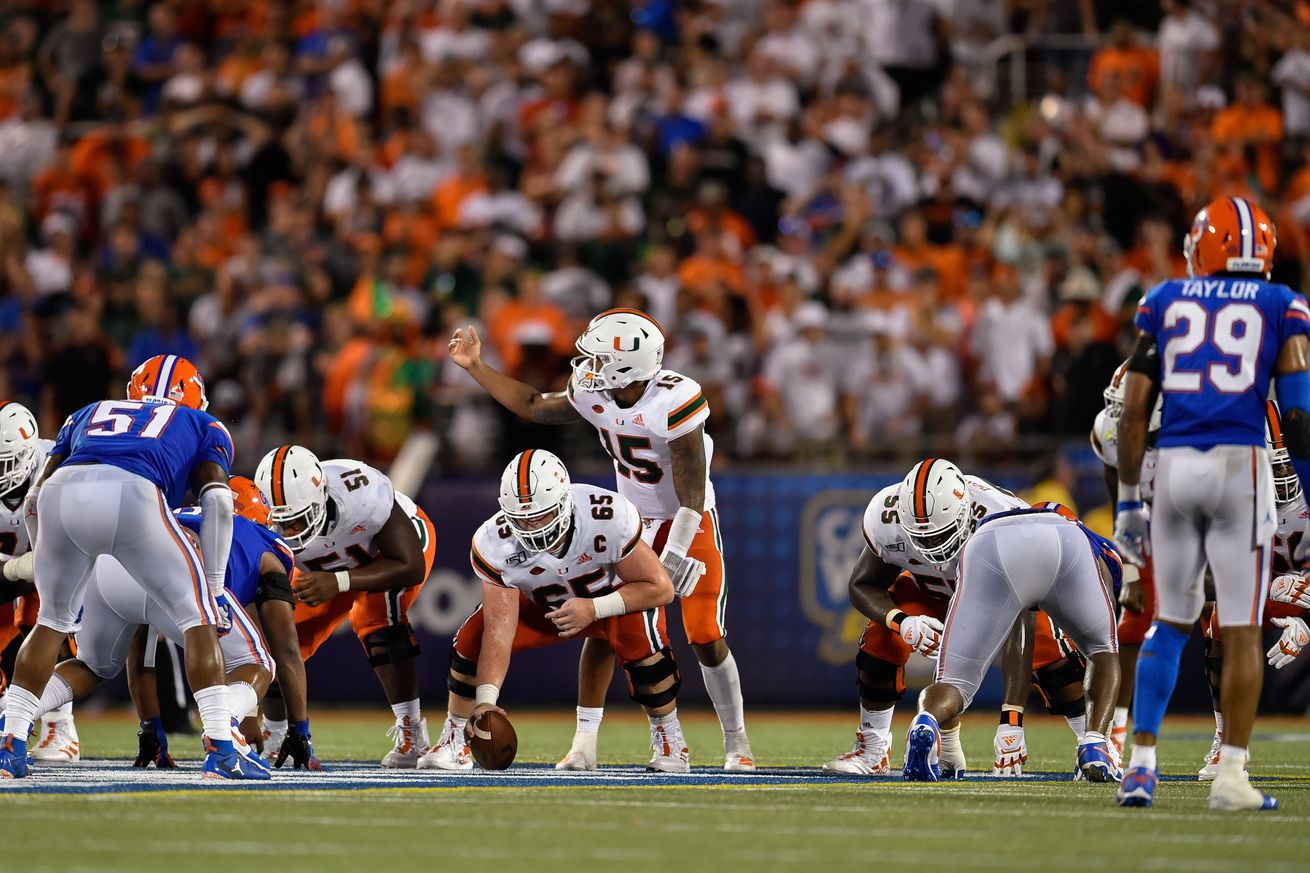 Let’s look into the future and see who is the strongest team in the state ahead of 2020.

College football will look very different in 2020, but despite that Florida will remain one of the most talented states in the sport this fall. However, Florida, Florida State, and Miami don’t hold all of the top three spots, with two of those programs struggling in recent years. One, FSU, is hoping a new coach will get the program trending in a positive direction, while Miami hopes a new QB will push them into a new era of success. Meanwhile, UCF continues to be talented in the AAC, with another conference title within reach, and maybe even a run at the College Football Playoff within sight as well.

Here’s how the state stacks up heading into 2020:

Dan Mullen has rebuilt Florida’s program in just a few short years in charge in Gainesville. Kyle Trask went from Feleipe Franks’ backup to a legitimate Heisman contender ahead of this season. There are still questions about the running game heading into this year, but Miami transfer Lorenzo Lingard should help, despite sitting at third on the depth chart earlier this offseason.

UF has dreams of the playoff, and Georgia’s projected starting QB Jamie Newman opting out does nothing but help the Gators. The SEC stands a strong chance of getting two teams in the playoff this year with two Power 5 conferences deciding not to play, and Florida may have the inside track for one of those two spots in 2020.

UCF has become one of the strongest Group of 5 programs in the country. They have been consistent, winning 10 or more games every year since 2017. This year should be no different. QB Dillon Gabriel is one of the best quarterbacks in the AAC and an underrated quarterback around the country. He, along with talented weapons around him that gained experience last year, should lead UCF to another successful season in Josh Heupel’s third year in charge.

The Knights also have hopes for the playoff, and in a strange 2020 with the Big-10 and Pac-12 not playing, it may be possible. The American is talented this year, and UCF, preseason-favorite Cincinnati, Memphis, and SMU will battle it out for the conference title.

2019 was a disaster for the Hurricanes, but Manny Diaz has seemingly solved a lot of the glaring issues ahead of 2020. New offensive coordinator Rhett Lashlee should help what was a below-average at best offense in 2019, and a new kicker should help clean up an area that could have won Miami three or maybe even four more games in 2019 had it just been average. However, the biggest position to address was quarterback, and getting D’Eriq King to transfer into the program from Houston was an addition that has the staff feeling like 2020 could set the program firmly on the path back towards national prominence.

Miami’s 2020 is impossible to predict. The Hurricanes are hoping for a 9-2 or 10-1 season, and possibly two chances at the Clemson Tigers in the regular season and again in the ACC Championship Game. A 9-2 record probably puts Miami back into a New Years Six game, and would help move the program forward. However, the Hurricanes need to avoid the mistakes of the last few seasons, or they could drop to the lower third of these rankings before the end of the year.

Florida State was almost behind FAU on this list, and most likely would’ve been if FAU QB Chris Robison hadn’t been dismissed this offseason. That shows just how far Mike Norvell has to go to get this program back to where it was just a few short years ago. The start has been a bit rocky for Norvell at FSU, with three very public incidents involving bad communication with players this offseason. Now, the season begins, and Florida State will have to fix a defense that ranked 67th in opponent points-per-game and an offense that ranked 73rd in points-per-game last season. Norvell coached consistently good teams at Memphis, and he’ll have an experienced QB in James Blackman this season.

FSU is hoping to show progress this season. However, the schedule will be tough for the Seminoles; with games against Miami, No.10 Notre Dame, No.18 North Carolina, Louisville, and No.1 Clemson. If Mike Norvell wins just one of those games it’d be impressive, and give some hope to FSU’s fanbase.

Florida Atlantic had an incredible 2019 under Lane Kiffin, going 11-3 and getting an impressive win over SMU in their bowl game. New coach Willie Taggart now begins his tenure as head coach with high hopes for another good season. The departure of Chris Robison from the program was a major blow, but there is still enough talent to have success on the offensive side of the ball. On defense, there’s talent to replace as well, but FAU has brought in the No.1 recruiting class in the C-USA each year since 2019.

There’ll be growing pains at first for FAU, but they still have the talent to compete for the C-USA title in 2020. It’ll be interesting to see how Willie Taggart does in his first season outside of Tallahassee.

Butch Davis got his trademark win at FIU last season with a win over Miami. This season, FIU will hope to build on that win. Replacing QB James Morgan will be a challenge, but every spot on the rest of the offense should be solid for the Panthers. Defense should be a strength for FIU as Butch Davis continues to build the program.

Bowl eligibility should be within reach of FIU this year for the fourth season in a row. Six wins would be a solid accomplishment for the Panthers in this strange 2020 season.

Jeff Scott enters a total rebuild at USF where the Bulls have struggled over the past few seasons. The offense and the defense both ranked in the bottom half of the AAC last season. Scott is a smart coach, but it will probably take a few seasons for him to make USF an AAC title and bowl contender.

USF will hope to simply show progress this year. There are winnable games on the Bulls’ schedule, and winning three to four games in Jeff Scott’s first year would be an accomplishment.

College football will be strange in 2020. Anything can happen this year, and every single team in Florida has a lot to play for. These rankings will definitely look different at the end of the season.