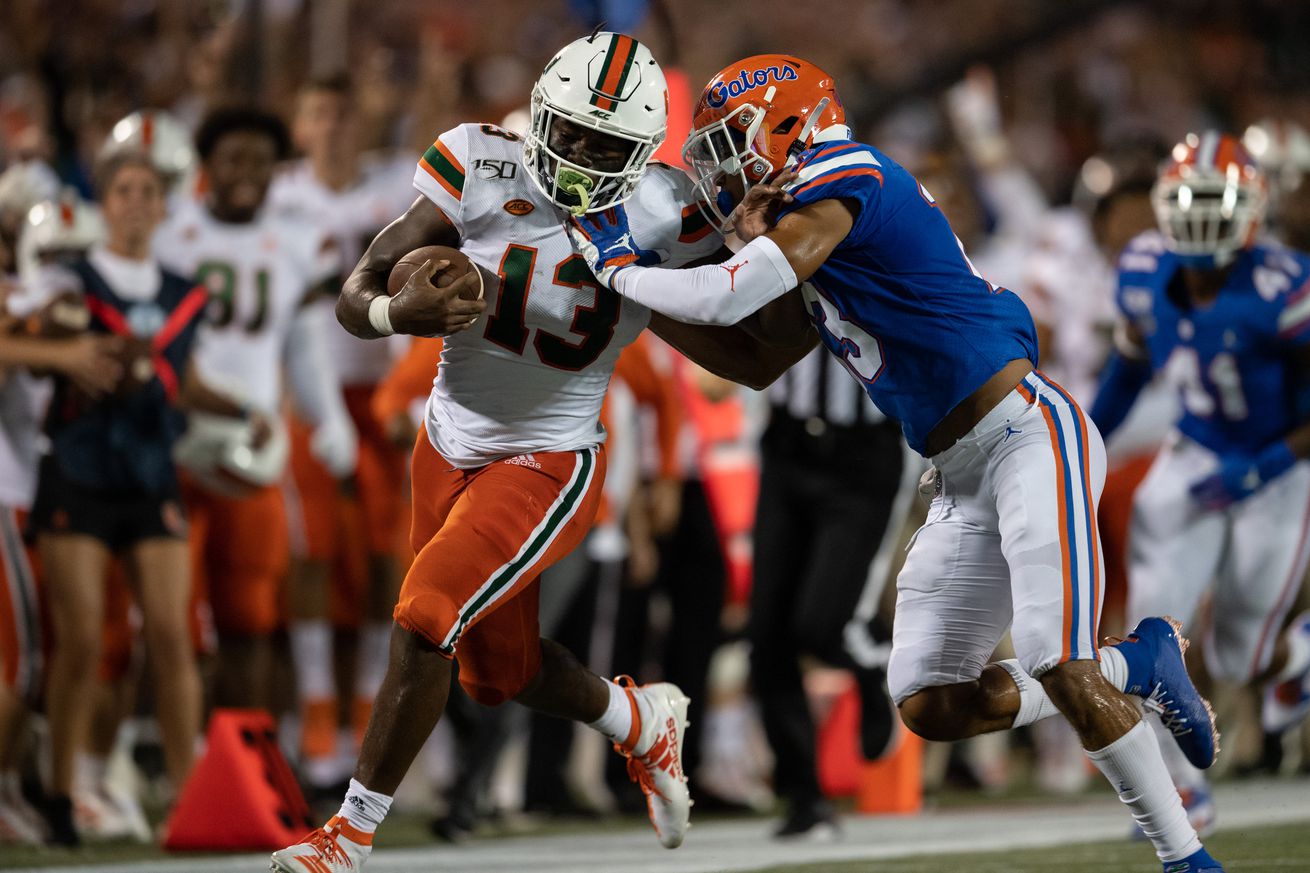 The top two teams in the state both got solid wins.

Miami and Florida both got important wins last week. The Gators win over Georgia gives them a clear path to winning the SEC East and playing in the SEC Championship Game. Meanwhile, Miami’s win over NC State keeps their ACC Championship hopes alive.

This weekend Florida will face former quarterback Feleipe Franks and the Arkansas Razorbacks. Arkansas has been surprisingly good this season and is one of the toughest remaining games on the Gators schedule.

Miami got a statement win on Friday night. The Hurricanes offense looked much improved and a more focused group of wide receivers helped D’Eriq King have a career night as he threw for 430 yards and five touchdowns. Miami had to make a fourth quarter comeback, but the win will definitely help the offense build confidence heading into the last few weeks of the season.

The Hurricanes face off against rival Virginia Tech this week on the road. Miami’s defense will hope to show some improvement this weekend, and it’ll be no easy challenge against a great quarterback in Hendon Hooker.

UCF goes into the final few weeks of their season looking to continue a two-game winning streak after a 2-2 start. The Knights still have a small chance at making the AAC title game but they’ll have to win out, including beating No.7 Cincinnati in two weeks.

Temple travels to Orlando to take on UCF this week. The Owls are 1-4 on the year and should provide the Knights with a good chance to refocus ahead of an important final few games.

FAU played a surprisingly close game against Western Kentucky last week, but they still managed to get a win and move to 3-1 on the season. The Owls are a solid team and if Marshall wasn’t in the same division of the C-USA they would probably make an appearance in the C-USA Championship Game.

This week FAU plays their annual rivalry game against FIU. Florida International has struggled this season and the Owls will be hoping to continue their three-game winning streak in the series.

Florida State has struggled badly after beating North Carolina; losing two games by a combined margin of 89-33. Plus, the Seminoles have had a series of players leave the program over the last few days including Tamorrion Terry and James Blackman. It’s become abundantly clear over the last few weeks that Mike Norvell has a lot of work to do to rebuild his program in Tallahassee.

This week the Seminoles travel to play a talented NC State team. It’ll be a tough matchup for an FSU team that seems to be in turmoil.

South Florida kept it very close against a good Memphis team last week which was a good sign for the direction of the program. USF has improved each week this season which sets them up nicely for what could be their best chance at a conference win this season this weekend against Houston.

Houston has struggled this season after losing D’Eriq King and a lot of other talent up and down the roster. USF will hope to take advantage and get Jeff Scott his first AAC win.

FAU is one of the best teams in C-USA and FIU is one of the worst. The Panthers will be hoping to keep it close and set themselves up well for the rest of their season.

Florida and Miami enter the final stretch of the season as the clear top-two in the state. If both play well they should be in the New Year’s Six Bowl Games or even the College Football Playoff.