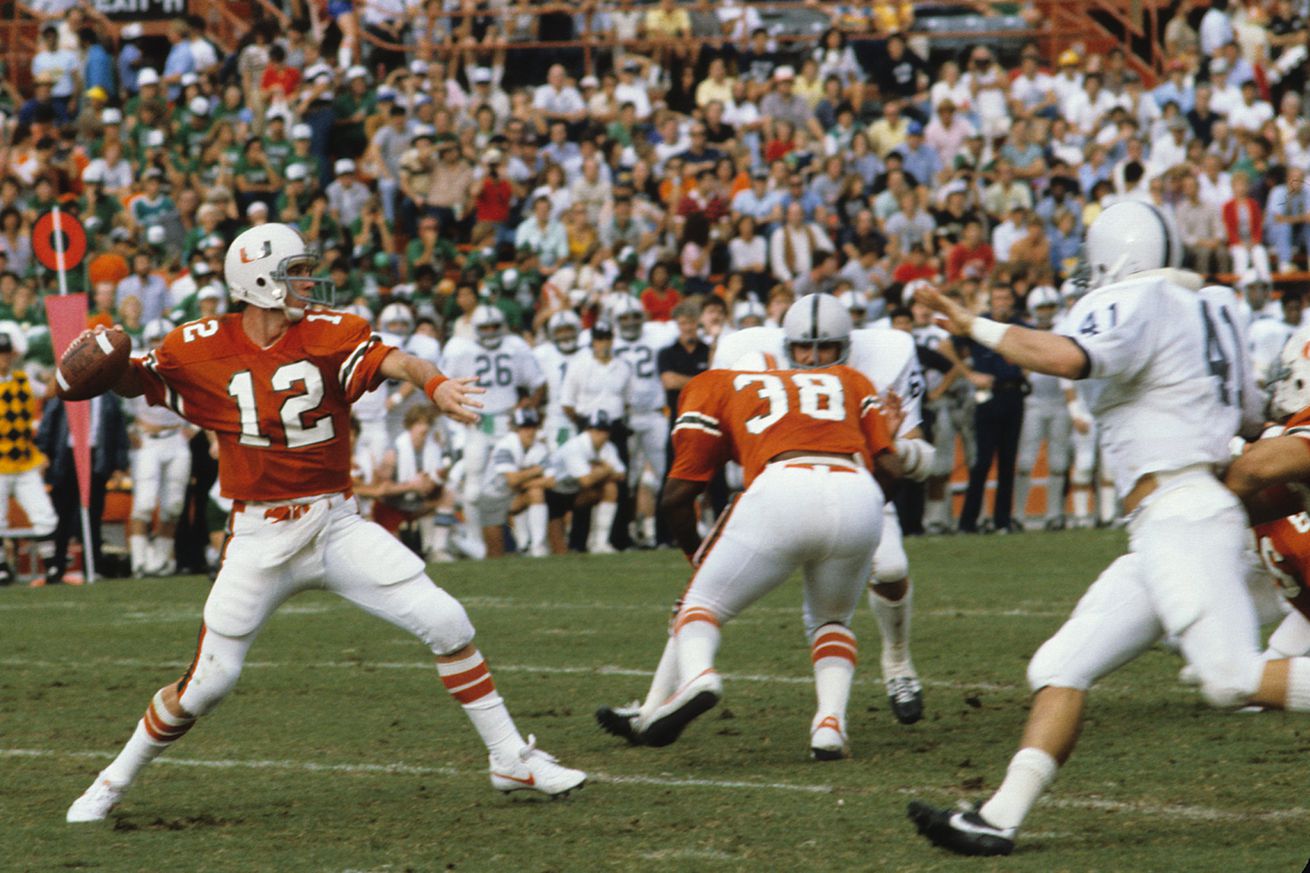 Time to see how much you know about your favorite football program.

Congrats to Jim Atsedes and Statos1, who both got the most correct answers in last week’s contest with 6 out of 10 questions. I tried to keep it varied, with most questions from the 1980s-2000s. Seems like only the most ardent (or older) fans knew that Fran Curci was UM’s All-American quarterback in 1959, and that Tom Beier set school records for a cornerback with tackles in a season and career. I will try to mix it up and keep it a bit more modern this week, for more of you younger folks.

2) This defensive lineman was known as the “Mad Stork”.

3) This player returned a fumble by FSU quarterback Xavier Lee for the game-clinching TD at Doak Campbell Stadium in 2007.

5) This former Canes head coach was a first team All-American QB for UM in 1959, as well as an academic All-American.

7) Miami has played Alabama 17 times in their history. When is their last victory over the Crimson Tide?

8) Which was the last season in which Miami beat the then-AP #1 and #2 teams in the same year?

10) In Miami’s last game against Michigan, Carlos Huerta nailed a late field goal to win 31-30 in Ann Arbor. What year was it?

On with this week’s questions…..

1) Who was the first rookie collegiate head coach since 1948 to lead his team to a national championship?

2) Which of the following did NOT win the Maxwell Award?

3) Which of the following was the Big East Conference defensive player of the year in 2003?

4) Miami’s longest win streak over FSU at Doak Campbell Stadium is currently four games. What years does that streak span?

5) Miami has ended four opponents’ winning streaks of 20 or more games, one of only two schools to ever do so. Which of the following schools most recently had such a streak snapped by the Canes?

6) In 2001, Miami set a modern NCAA record for combined margin of victory in consecutive games against ranked opponents, with dominating performances against Syracuse and Washington in the Orange Bowl. What was the combined score of those games?

7) In 1991, despite going 12-0 and shutting out Nebraska 22-0 in the Orange Bowl, the Hurricanes split the national championship. Who did they share the title with?

8) In which year did Miami NOT win the “State Championship” (beat Florida and FSU)?

9) Who were co-MVPs of the 2002 Rose Bowl/National Championship?

10) Which former Cane WR scored a touchdown during the 1991 Cotton Bowl and came back up the tunnel firing finger six-shooters at Longhorn defenders?