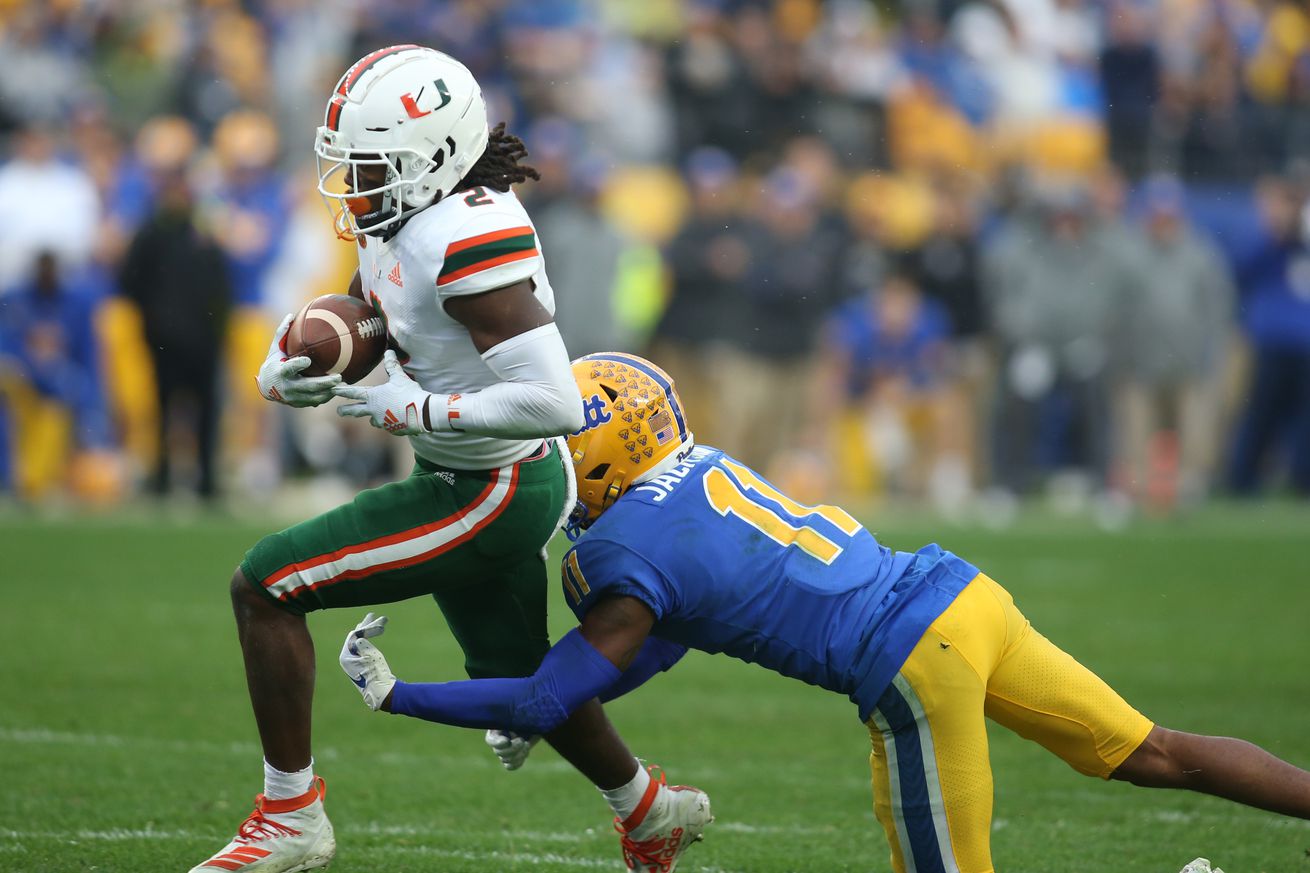 Time to test your knowledge about your favorite football program.

It’s Friday, which means it’s time for another round of Canes trivia, folks. Had some solid efforts last week, with Hefty9 leading the way with 8 correct responses (monthly reminder that this is not an open book quiz, y’all; answer on the spot. Hopefully everyone is, but just giving the routine disclaimer.).

The correct answers from last week’s trivia are:

2) Miami scored two late touchdowns to snatch victory from the jaws of defeat in a nationally televised game on ESPN against Florida in 1984. At what neutral site was the game played?

3) Under Howard Schnellenberger, Miami snapped a string of ten straight losses to Notre Dame. In what year did they finally break the streak?

4) In which year did Miami defeat the AP #1 and #2 teams and NOT win the national championship?

5) Before being tapped as Dennis Erickson’s replacement, Butch Davis was the defensive coordinator for which NFL team?

6) Which of the following former Canes has NOT been inducted into the Pro Football Hall of Fame?

8) Who is Miami’s all-time leading rusher?

9) To instill the discipline he learned from coaching under Bear Bryant, this Schnellenberger morning ritual was considered a deterrent to breaking team rules.

b) the Breakfast Club

10) A senior safety on the 1987 national championship team, I also won the Jim Thorpe Award in 1987 and was a Pro Bowler with the Detroit Lions in 1991. I was inducted into the College Football Hall of Fame in 2008 and the UM Ring of Honor in 2009. Who am I? Bennie Blades

And now, on with this week’s questions….

1) Against whom did Miami open its 2001 championship season?

3) Why did Howard Schnellenberger opt to kick a field goal as time expired in a 31-7 Miami win at Florida in 1980?

a) He and Florida head coach Charlie Pell had a pregame spat.

b) To get back at Florida players for a halftime brawl in the tunnel.

d) To give UM its largest margin of victory at Florida Field.

4) Since winning the program’s first national title in 1983, how many undefeated season has Miami posted?

5) In 2001, who won the prestigious academic Heisman award for UM?

6) This defensive lineman earned All-American honors as a senior in 1977, when he set a school record with 15 sacks.

8) This former UM running back set a school record with a 90-yard touchdown run, which was later matched by Duke Johnson in 2014.

9) Who has the longest interception return for a touchdown in school history?

10) Between 1975 and 1978, I rushed 691 times for 3331 yards for the Canes. I was drafted by the then-St. Louis Cardinals in the first round of the 1979 NFL Draft. After 8 seasons with the Cardinals, I spent 7 seasons with the New York Giants, eventually earning Super Bowl MVP honors. Who am I?