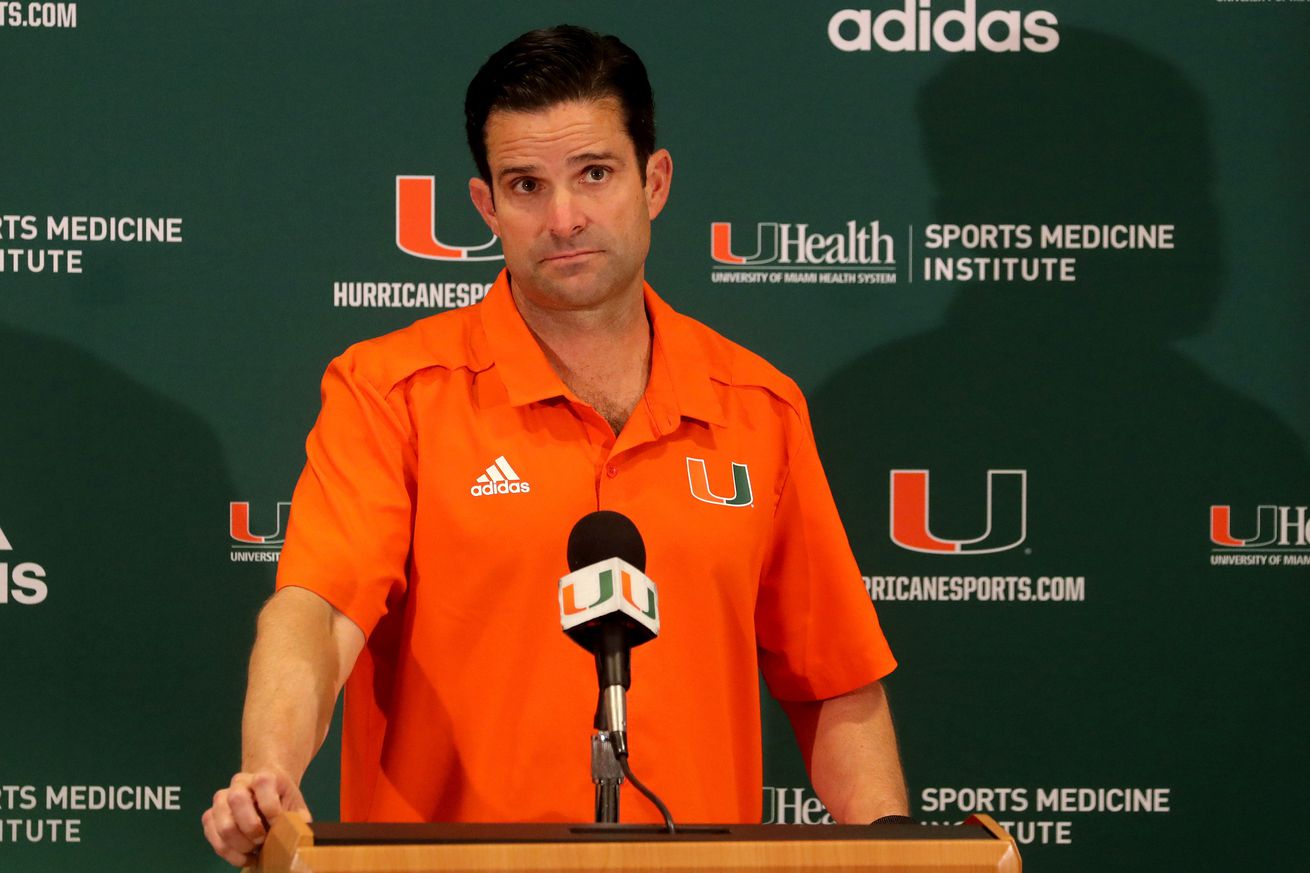 Miami started the season on a positive note 31-14 over UAB.

Miami opened the season with a 31-14 victory over the UAB Blazers on Thursday night at Hard Rock Stadium. There are a ton of takeaways from last night, but the 1st thought is 1-0 is a heck of a lot better than 0-1. UAB is not a great opponent, but they are not chopped liver either. When we examined the matchup to watch, UAB’s LBs were highlighted, and Miami had some moments where they could not figure out where the blitz was coming from. The Blazers are an experienced group who are well coached and get the best out of their talent. This offseason was so weird, maybe the expectations of the offense putting up crazy points was a little bit short sighted by fans (myself included).

Miami vs UAB Matchup to Watch
UAB is salty on defense…. can the #Canes new look offense be up to the challenge? https://t.co/ZHnXWUEI97 pic.twitter.com/wxedYaSQKv

· The touchdown rings are back, and this time the say “The Crib”. If you are not from South Florida you probably do not get “The Crib” reference or meaning, but they scream Miami. The best thing about them is at least they were broken out four times, and D’Eriq King gave them to his lineman a few times. King was quoted after the game on why he gave his lineman the rings and said “They work really hard and don’t get a lot of praise….every time we score, I think the skill guys should give them the rings. They deserve it.” I am still not the biggest fan of the rings, but they are here to stay so let us embrace them. Wish we would have gotten to see the Turnover Chain.

· Nesta Jade Silvera and Bradley Jennings Jr. really flashed yesterday in the interior of the Miami defense. SIlvera is one of the huge keys for this team to be successful. Miami needs the DT’s to step up and take some pressure off the edge rushers, and I though Jade did just that. It is not always about making a tackle for loss, but his penetration made it difficult for UAB to establish much of a running game. Jennings also played well at MLB for the Canes and will only get better as time goes on.

· Miami was dreadful a season ago on 3rd downs. So bad that they finished 130th out of 130 teams so going 7 for 17 on 3rd down needs to be viewed as a positive. Obviously D’Eriq King’s ability to improvise will make Miami so much better on money downs, and once the passing game clicks look out. Rhett Lashlee will improve Miami’s offense and if 3rd downs stay around 41%, they would be 50th according to last years rankings.

Cam’Ron Harris with the RUSHING TOUCHDOWN for Miami pic.twitter.com/1AaeqjPcni

· Why did UAB get to dictate how much crowd noise was pumped into the game? The rule is if the teams can’t agree, the road team gets to choose? That is one of the dumber rules I have heard. Why then would any school come to an agreement? If I am Miami next week at Louisville or a few weeks later at Clemson, play hard ball and just say no to crowd noise. The ACC needs to have a standard decibel level that noise can be piped in at, and that be uniform across the conference.

· Louisville will be a different animal so the defensive backfield needs to tighten up coverage, or Tutu Atwell and company will have room to operate. In 2019 Miami made life difficult for the Cardinals with pressure, and Miami should be able to move the ball. The Canes will need a better effort to win their 1st conference game but make no mistake Miami is better than they were in 2019.