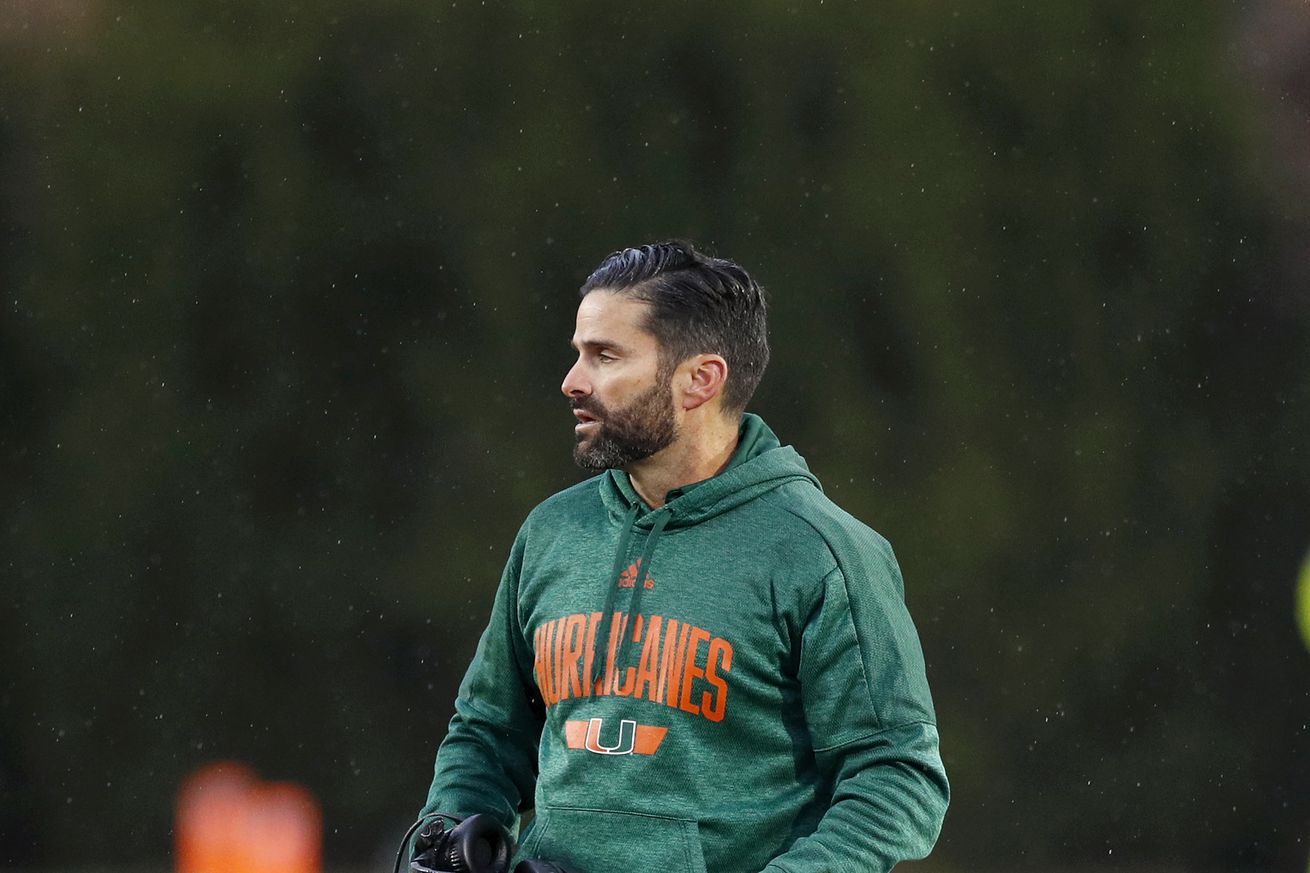 Manny Diaz took to social media and made an emphatic statement.

This time in two weeks we will be able to break down our 1st Miami Hurricanes game after a Thursday Night tilt against UAB. Miami is fine tuning the offense and defense in their final preparations to the 2020 season underway. Until then time to get caught up on some of the comings and goings around the program.

Time for hiding behind “what-about-ism” on social media is over. Ask these two simple questions – Can things be better than they are now? And if yes, are we doing everything we can to make it so? Growth always comes in moments of discomfort! #Kenosha #VoteLikeYourLifeDependsOnIt

Manny Diaz took to social media and left an emphatic statement about the social aspect of things in our country. The responses on there were very telling as to where people stand on the political side, but for me what I enjoy is having a coach who is not afraid to stand up for what he believes in. I wish more college coaches would do the same. Manny may not have the best track record so far on the field, but off the field he has been a boss. If the on field acumen catches the off the field, look out, Miami will have a keeper.

Miami announced that there will be approximately 13000 fans allowed at Hard Rock Stadium for the 2020 season, but no alcohol and no students will be allowed at the 1st two games of the season. Covid-19 has become very tough to navigate as far as how teams will operate and whether fans be allowed at games. Season ticket holders have received their ticket packages and dates for selecting tickets. Each game has an individual price point with FSU being the highest, the ACC contests all will cost the same, and the UAB game the lowest price. Season ticket holders will be allowed to select a certain amount of seats, but there will be no physical tickets, and no parking passes.

Miami had their second scrimmage a week ago, and much continues to be made about a couple of our true freshmen who have shined in the two scrimmages. Xavier Restrepo will absolutely find a spot on the field if he continues to produce the way he has so far. Miami also has a pair of talented backs in Jaylan Knighton and Don Chaney Jr. who will absolutely get touches this year. Both of them have elite top end speed to go along with opportunity behind Cam’Ron Harris. I can easily see the two of them combine for 700 yards and 5-7 touchdowns if not more.

New Adidas were announced this week, and just take my money right now! September 2nd members on the Adidas app will receive early access, though I’m sure they will be available at all of the Miami fan stores.Whether you like Nike or Adidas, what can be said for Adidas is they have given Miami much better and more plentiful gear. I love the Ultraboost look and feel and these Orange shoes with the Canes logo on the tongue are a must have.

Chase Smith pledged his commitment to the Canes 2021 class. If you aren’t familiar with Willie Smith, Chase’s father, I suggest you go find some old Miami film from the 80’s, because Willie is one of the 1st great Tight Ends in Miami history. Chase is a 4-star athlete who can do it all at the high school level. His addition vaulted Miami to the number eight class according to 24/7 sports.

Prayers to Coach Howard Schnellenberger as he continues to recover from a fall that happened a few weeks ago. Coach is one of the best human beings I’ve ever had the pleasure to talk with, and the architect of the Canes dynasty.

Just think one more Friday without Canes football. It’s getting close, and we can’t wait.