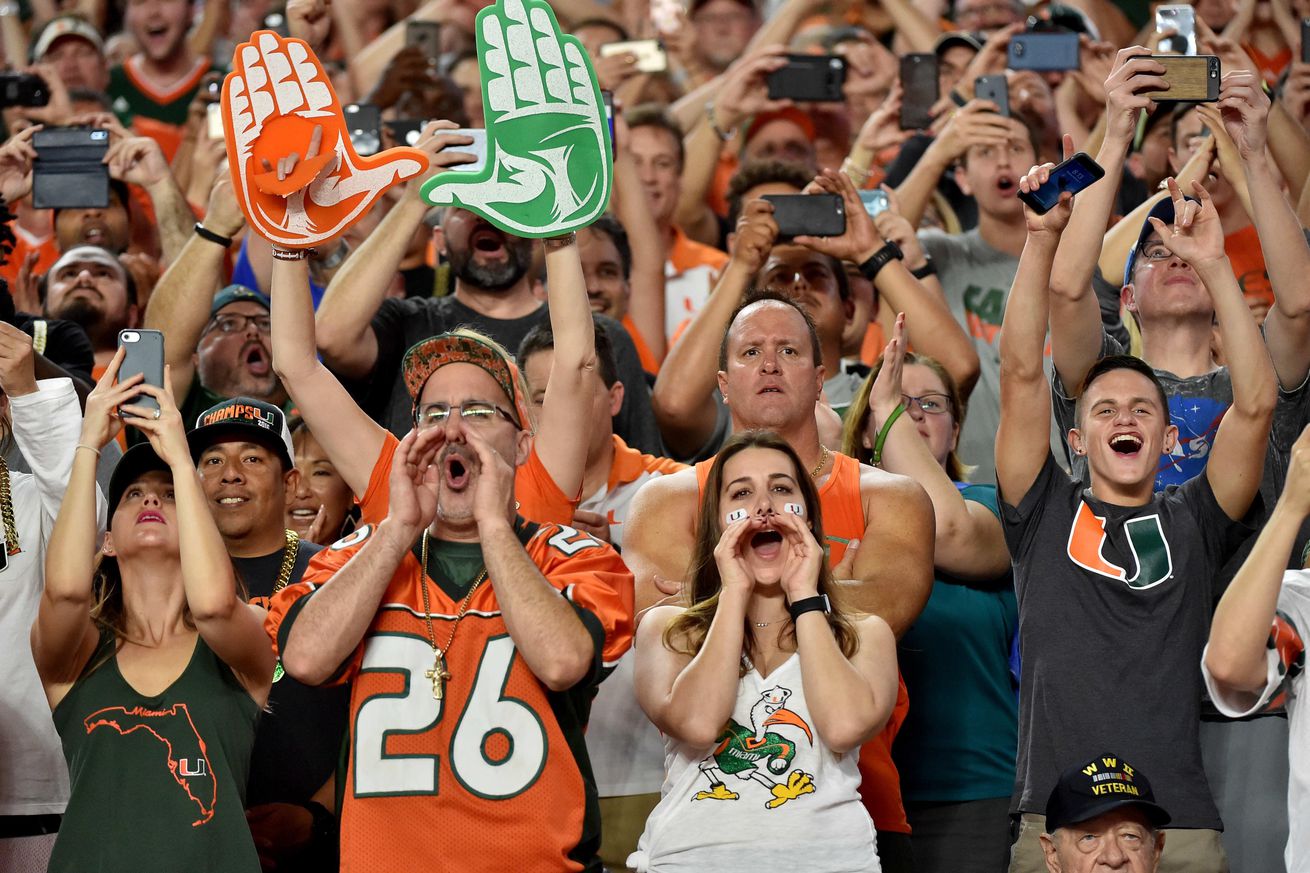 You know the vibes.

EArly during Miami’s game at Louisville on Saturday night, Barry Jackson of the Miami Herald tweeted that ESPN’s College GameDay will be coming to South Floirda featuring the Canes for a second consecutive week as Miami faces off against the rival Florida State Seminoles.

ESPN GameDay from Miami next Saturday

This was confirmed by Miami Athletics.

.@CollegeGameDay is coming back to the 3️⃣0️⃣5️⃣ for FSU vs. Miami! pic.twitter.com/o6eHslEUYT

Miami-Florida State has already been announced as the ABC primetime national TV spotlight game. So it makes sense that GameDay will be coming to our citaaayyyy as well.

We’ll have more on this as the week continues.