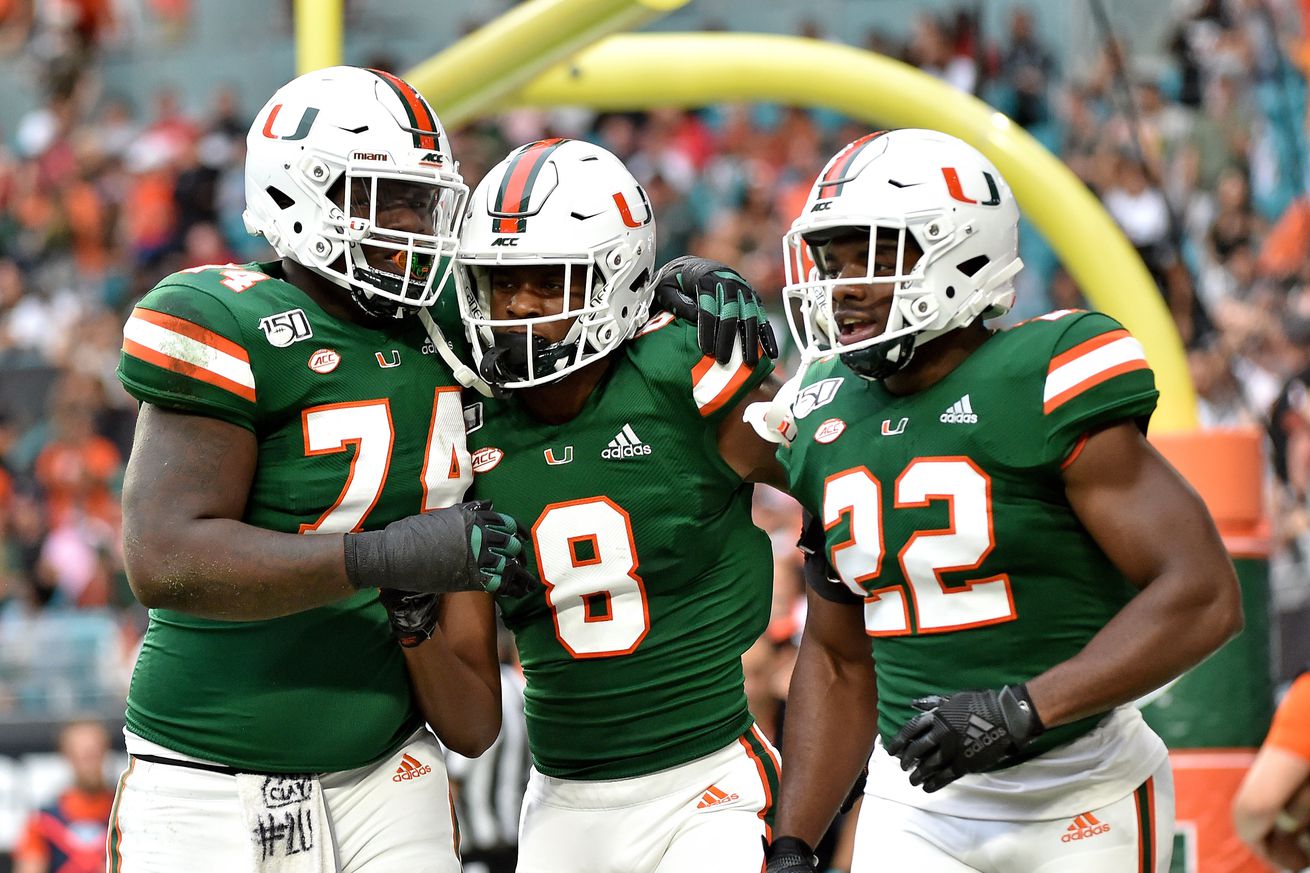 Following a dominant Saturday night win against Louisville, the Canes are starting to get hype built around them. The 47-34 win over the Cardinals was a step in the right direction for this Miami team, but why is it so important?

The 2-0 start for the Hurricanes in 2020 marks the first time they began the season with back-to-back wins since 2017. Two straight losses to ranked SEC schools LSU and Florida completely derailed Miami, and they never rebounded. Still, a game is just a game, so how crucial could it be?

In the past 10 seasons, Miami has won 6/10 of opening games. In the 6 seasons that they started off 1-0, the Canes have a combined record of 50-27. However, in the 4 seasons that began with a loss, their record was a combined 25-26. Obviously the seasons that start with a loss are going to be not as good as ones with a win, however their is a huge gap in win percentage which shows the effect slow starts have had over this program.

Recently Miami has been a team of hot streaks and cold streaks. For instance, in 2013 Miami started off the season with 7 straight victories and reached as high as the 7th ranked team. In 2016 the Canes were 4-0 and collapsed after a devastating loss to FSU that ruined the season. The following year in 2017, Miami returned to greatness, and sat at a 10-0 record before losses eventually piled up.

The past two seasons have been awful for the Hurricanes. They found themselves in many cold streaks, losing 4 straight at one point in 2018 and lost their final 3 games in 2019. However, an non ordinary 2020 season presents Miami with hope.

Miami has not had a QB with at least 3 years of starting experience since Brad Kaaya in2016. Now that the Canes have a veteran in D’Eriq King, they have a true leader on offense. 2020 will be another year that if the canes get cold, it could throw away the whole season, but if they get hot they could accomplish greatness.

Now that game 2 is in the books, this is where Miami can make it or break it. The 12th ranked Canes face hated rival Florida State at Hard Rock Stadium. Compared to other years, this game favors Miami higher than any recent game, but this game is always up for grabs. A win will put Miami is good position heading into a bye week, then a showdown against the number one team in the nation Clemson.