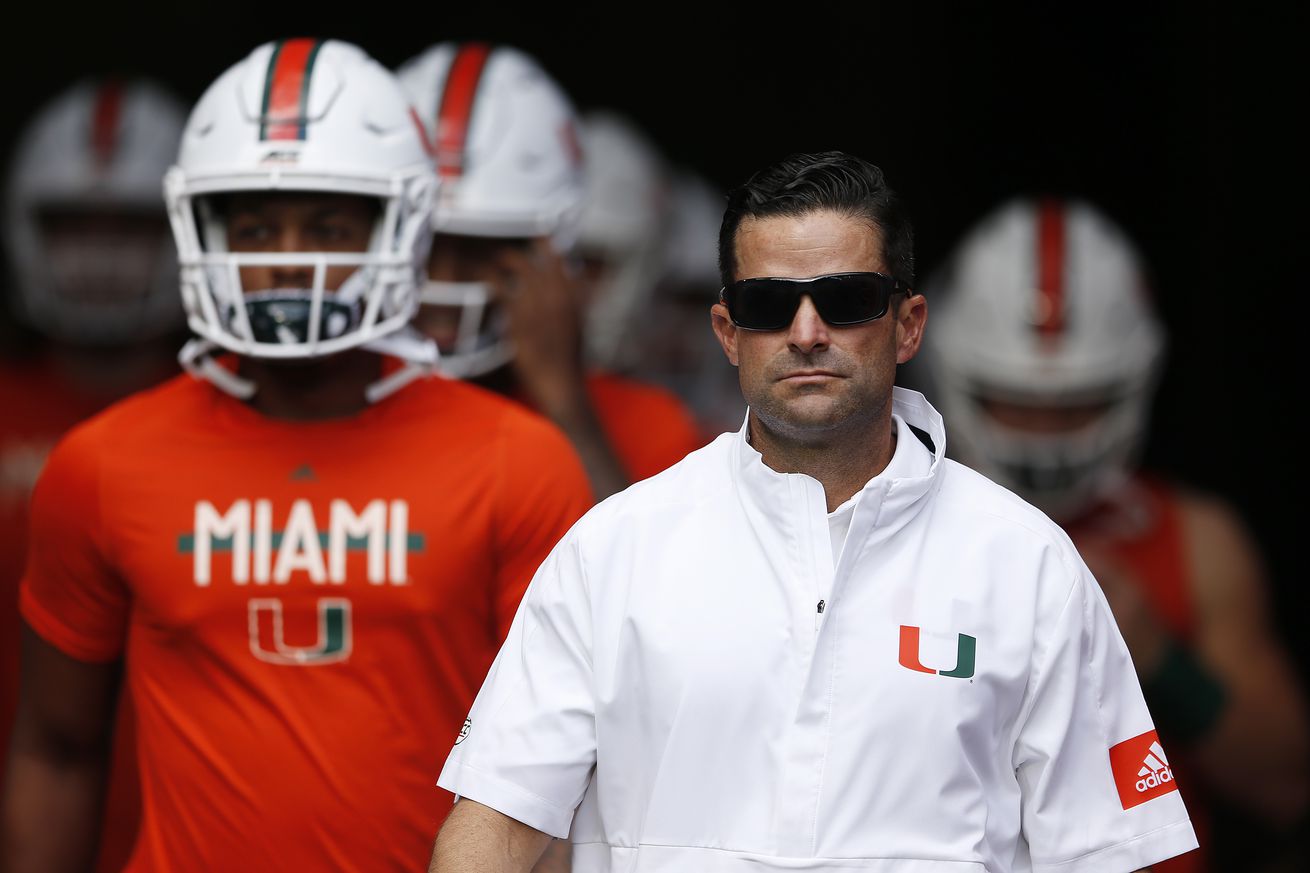 “It’s different at Miami when you’ve done something than when you have done nothing.” – Ed Reed

Its the first week of Spring Practice, the Miami Hurricanes are 0-0, we have a new offense, a Heisman candidate at quarterback, a deep roster and a our yearly new lease on life. The Canes present quite a few things to – HYPE – create extravagant or intensive publicity or promotion.

The Canes of old, as far gone as those days may be, where the pioneers of hype but were able to back it up. Unfortunately we have not had the back up portion of that promise for some time now and are left wanting more after each season we endure. It is safe to say we are fed hype, start tripping, crash HARD, then go through withdrawals until a new shiny Orange and Green serving of hype brings us back up.

The onset of social media has created a machine of endless and unwavering information around any and everything you can think of. As we all tend to do, we focus our attention on things we care about. Politics, a favorite team, a favorite set of celebrities, stocks, etc. Undoubtedly if you are here, you focus mostly on the Miami Hurricanes football team. You have read time and time again over the years about every new morsel pertaining to Miami football until you could write an essay about that feature.

We had endless coverage of when Mark Richt came, and we were to believe that everything good he did at Georgia would be brought to Miami, and that his love for his alma mater would bring a fire he had never had before. Fans had the Miami man they had desired since Al Golden was hired, a former player with SEC success.

Along the way we received plenty of publicity during his tenure, culminating in a 3 week span that made the hype train nearly explode. College Gameday returned to the Gables and the world was at the doorstep of Miami Sports. The biggest and possible flashiest of things that created massive hype was the introduction of the Turnover Chain. Introduced at the beginning of the 2016 season, the Turnover Chain was brought in to hype our defense up and help faciliatate a desire to create turnovers. The chain is and has continued to be a massive hit, with a new iteration each year since its introduction. ne of a kind, the chain has garnered multiple knock off brands by teams throughout the nation, pro, college and younger.

Is Bandy the only cane to where every chain? pic.twitter.com/AEIJo6mZR7

Unfortunately the chain might be the only thing that has been enjoyable as it pertains to hype these past few years. The hype train started by Richt crashed with a 7-6 2018 season and a flameless wick that was once a promising push.

His successor, current Miami Head Coach Manny Diaz, endured the highs and lows of the Richt campaign. Whether a result of wanting that 2017 feeling back or just his personality or both, Coach Diaz stormed onto the social media stage. He was a Twitter and Instagram darling, good for a great one liner, hyping each and every player personnel move, High school commit of transfer.

That same energy transferred to the staff, who joined along hyping every player that made the commitment to Miami football, highlighting player achievements and showing out in every video that hit @CanesAllAccess and @Canesfootball. And how can we forget the hashtag that headlined every tweet leading up to August 24th, 2019 – #TNM.

Watching great playoff football while having even better conversations in the portal pic.twitter.com/LQMgmYQ7z0

The biggest feature of the #TNM off season, one that I am sure didn’t age well in the eyes of Canes fans, was the Yacht video. The Canes began the 2019 TNM Spring Tour with a fundraising event at The Wharf in Miami.

And Coach Diaz arrived in what felt like the only way he could, on a SEVEN MILLION dollar, 88 foot yacht.

This is so Miami… how @Coach_MannyDiaz and staff roll into a party with #Canes boosters pic.twitter.com/j0ygY7TMGr

And in typical hyped fashion we all ate it up like candy. Miami was acting like Miami. Flashy. In your face. Brash. Everything that helped make the Brand the Swaggy entry it was to start. But promotion only brings attention. It doesn’t help a product provide its best results or provide real security in the final outcome of things.

Quite possibly, the only hype that hit last off season that made it to the field happened at a coaches clinic in the Orlando area. I’ll skip the full accounting of this since no one truly has a full story behind this other than our coaches bullied the Noles clinic, lured away the coaches at the FSU section and embarrassed the Taggart led staff. This led directly to an on field adaptation where the Canes pushed their winning streak over the Noles to three in a row during a 27-10 embarrassment that got Willie Taggart fired.

Love it, because, well, I’m Petty.

MANNY DIAZ = .He went up to Orlando to crash Willie Taggert’s coaching clinic. Manny threw a frat-party in a separate room during FSU’s break-out session. Manny’s Response…“This is what we’re trying to bring back to The U, that F-U type of swagger.” #TNM( :@canesinsight) pic.twitter.com/h7bZqcveDY

Hype – Secondary Definition
– a deception carried out for the sake of publicity.

Unfortunately the Florida State game would be a rare highlight in yet another season that didn’t end up being what it was hyped to be. And more than any other, left fans at the tipping point of this iteration of Miami Hurricanes football. A new shiny Offensive Coordinator in Rhett Lashlee is yet another off season coach the hype train has latched on to, but as Dan Enos taught, nothing is real until its on the field. Another very good recruiting class full of athletes and gamers brings hope of a deeper, reloaded roster, but like the 2017 recruiting class taught us, no amount of stars guarantees anything once you hit Greentree, or if you are never in the right position to succeed.

If we should be excited about anything, its the accountability shown by the staff in the losses, but even that has become a tired game.

Miami has become much too interested in ACTING like Miami rather than BEING Miami. Before I joined the dark side and lived in Pittsburgh, there was a palpable FEAR of the Miami Hurricanes. We knew they would smack you in the mouth, take your cookies and laugh while doing it. Now, we get an act during the off season, get sold a bill of goods, all get incredibly excited, buy tickets, hotels, make plans and prepare for greatness. And each of the past decade plus years we have been let down, HARD.

What do we as fans need to wait for before any hype can be believed?

A prolonged dedication to a standard that works much more than it talks.

We need action and results more than anything. Championship Canes teams had swag on the field more than off of it.

We need to see that the holes we plugged are of the concrete type, and not the straw type that get blown away at the first chance of adversity (looking at you offensive changes of 2019).

Just like the years past, the schedule is soft and so is this half of the conference. Show me 11-12 wins, and I’ll show you what real hype looks like.