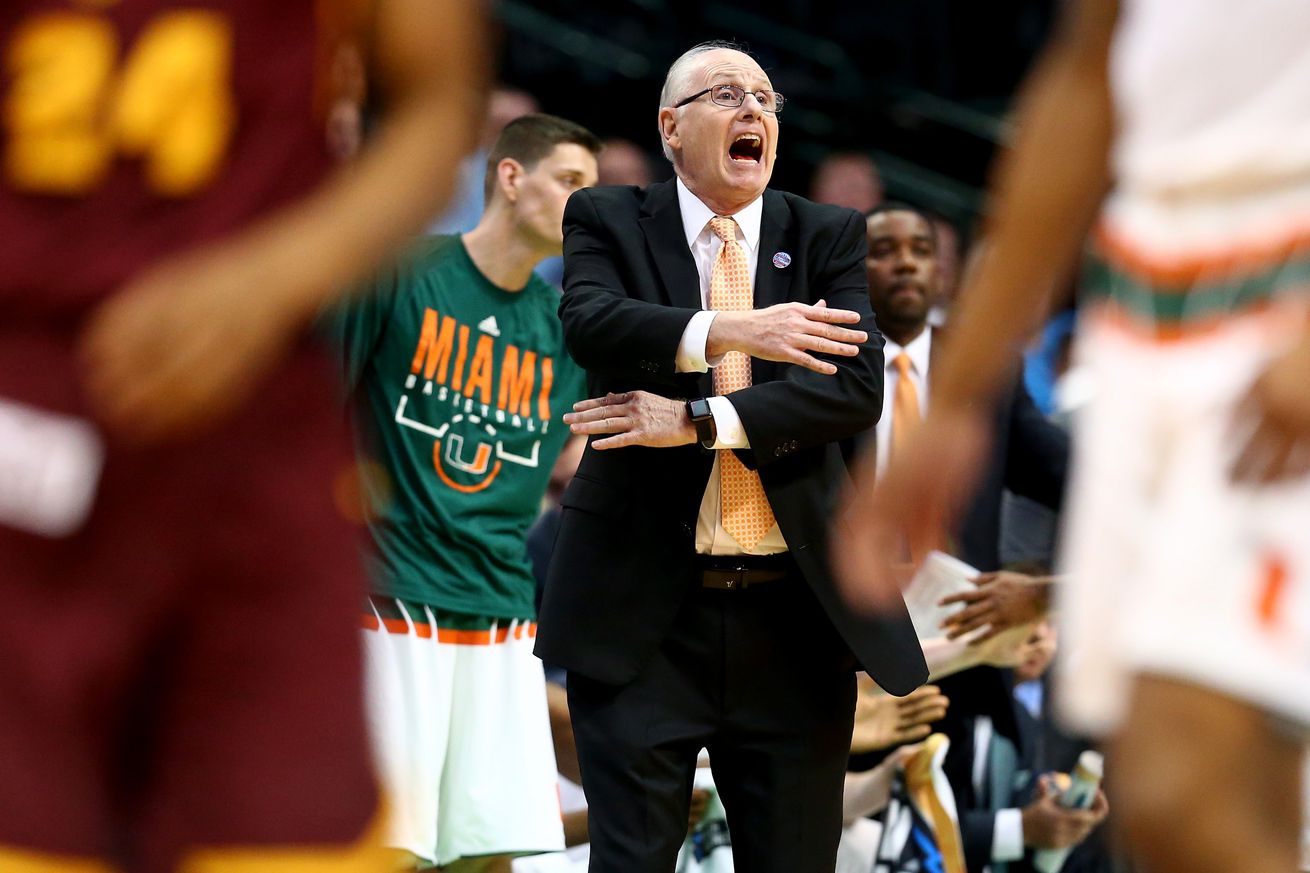 The Miami Hurricanes 2020-2021 basketball schedule was released Tuesday morning. The Hurricanes will get their season underway November 25 against Stetson and will play 25 games this season, with 20 of those coming against ACC opponents.

The Hurricanes conference schedule is challenging, as expected. Miami opens ACC play with a home game against Pittsburgh, finishes their out-of-conference slate against Jacksonville, and then plays Virginia Tech and Clemson before a showdown against No.16 North Carolina on January 5 or 6 (the ACC is allowing flexible scheduling this year) that comes as Miami’s first truly big game of the year.

After that stretch the Hurricanes play their first two road games of the year against NC State and Boston College before another tough home game against Louisville on January 16. An eight game slate that follows is the Hurricanes toughest stretch of the season by far; Miami plays at Syracuse, vs Notre Dame, at No.21 Florida State, at Wake Forest, vs No.9 Duke, at Virginia Tech, at No.16 North Carolina, and then against Notre Dame. The Hurricanes will probably hope to go 4-4 in that stretch, which could make or break their season.

The final five games of the season are a little easier for the Hurricanes. Miami will play Georgia Tech and No.21 Florida State at home before travelling to Clemson and No.4 Virginia and then finish the season on March 5 or 6 against Boston College.

Overall the schedule works out pretty well for the Hurricanes. Miami will not go on the road until December 29 or 30, which will help a still learning team gain experience. Additionally, the toughest stretch of the season doesn’t come until about halfway through the year, which should let the Hurricanes figure out their rotation ahead of their toughest conference games.

The early part of the schedule will also help reveal just how much better the Hurricanes are this season. Games against Purdue and Pitt will provide a good idea of how good Miami is early in the year.

Miami’s 25 game schedule tips off on November 25 against Stetson, television and tip-off time have not been announced yet.

The full schedule is below: