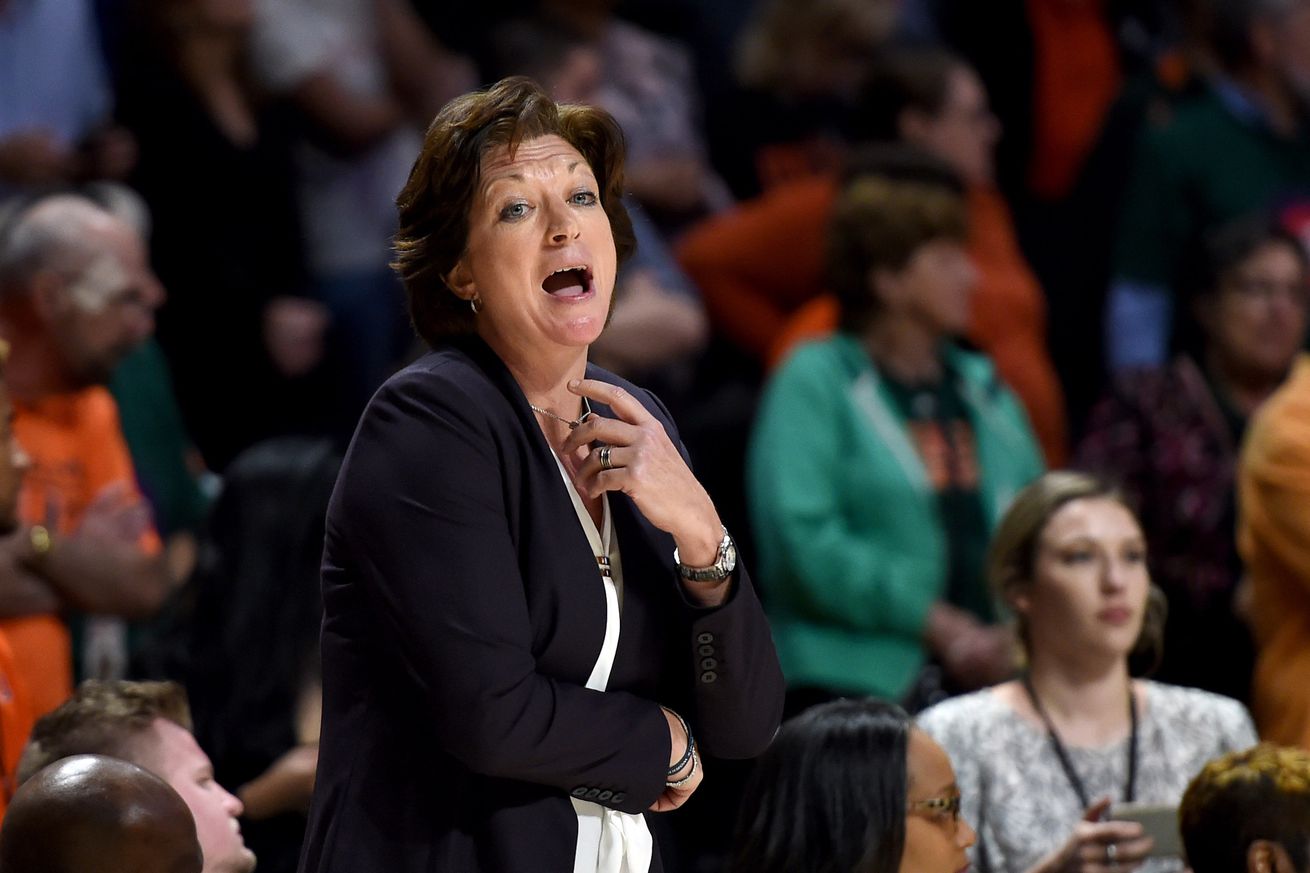 The Hurricanes women’s basketball program at last has a schedule for the 2020-2021 season, despite it being released months late due to the COVID-19 pandemic.

An official schedule for the 2020-2021 Miami Hurricanes women’s basketball season was released Wednesday morning, as the team will compete in 24 games with four non-conference and 20 ACC matchups.

The Hurricanes will start their season against Jacksonville on Nov. 25 at the Watsco Center. The three following contests will also be non-conference games featuring North Florida, FAU, and Stetson. The team will welcome the four Florida-based programs from late November through early December.

Miami will then begin their gauntlet of ACC matchups on Dec. 10 as they will host No. 23 Syracuse, after defeating the Orange by 15 points on Jan. 12. Duke will then visit Coral Gables, Fla., on Dec. 13 before the Canes fly up to Atlanta and take on the Georgia Tech. The Canes they had edged the Yellow Jackets by five points in overtime on Jan. 30 before losing to the Blue Devils on Feb. 9, 74-55.

15-year Miami head coach Katie Meier and her squad will then fly into Louisville, Ky., to play No. 5 Louisville on Dec. 20, after losing 87-41 to the Cardinals on Jan. 9. The Hurricanes will then return to Miami for a duel versus No. 22 Notre Dame, an Irish team that avalanched Miami on Jan. 19, 76-53.

To start off 2021, the program will take on Clemson at the Watsco Center having beaten the Tigers on Jan. 23, 68-64. The team will then pack their bags again for a trip to Chapel Hill, N.C., looking for revenge on North Carolina after a 20-point blowout loss on Jan. 16.

Returning home to face Florida State on Jan. 14, the Canes will hope to get a win against the Seminoles after losing by 18 points in Tallahassee, Fla., on Jan. 26. Miami will then head north to Syracuse, N.Y., and face the Orange once again before traveling to Pittsburgh for a showdown against the Panthers.

The following three of five games will give the Canes home cooking as the program transitions into February with the ACC Tournament around the corner. Georgia Tech and Boston College will be lined up, as Miami fell to the Eagles on the road in Chestnut Hill, Mass., last year, 75-64.

Another trip to the Research Triangle will be on the agenda as the Canes will take on No. 8 NC State and Duke in the first week of February, prior to returning home to battle Virginia Tech on Feb. 11. The former No. 10 Wolfpack skirted Miami at the Watsco Center on Feb. 20, 50-48. Virginia Tech meanwhile took down Meier’s team in Blacksburg, Va., 69-45.

The final four games on the season will give Miami two games both on the road and at home, as they will head to Tallahassee, Fla., to take on the Seminoles again. A two-game home stretch versus Virginia and Wake Forest will follow, as the Canes defeated the Demon Deacons on Feb. 27, 79-63, but lost to the latter by five points on Feb. 13.

One last flight to Clemson will be how Miami concludes their regular season, before their journey to the Greensboro Coliseum in Greensboro, N.C., for the ACC Tournament from March 3-7.

Dates, times, and broadcast information of Miami Hurricanes women’s basketball remain to be determined. Their full schedule below was posted on Twitter early Wednesday afternoon.

Our full schedule at a glance ↓