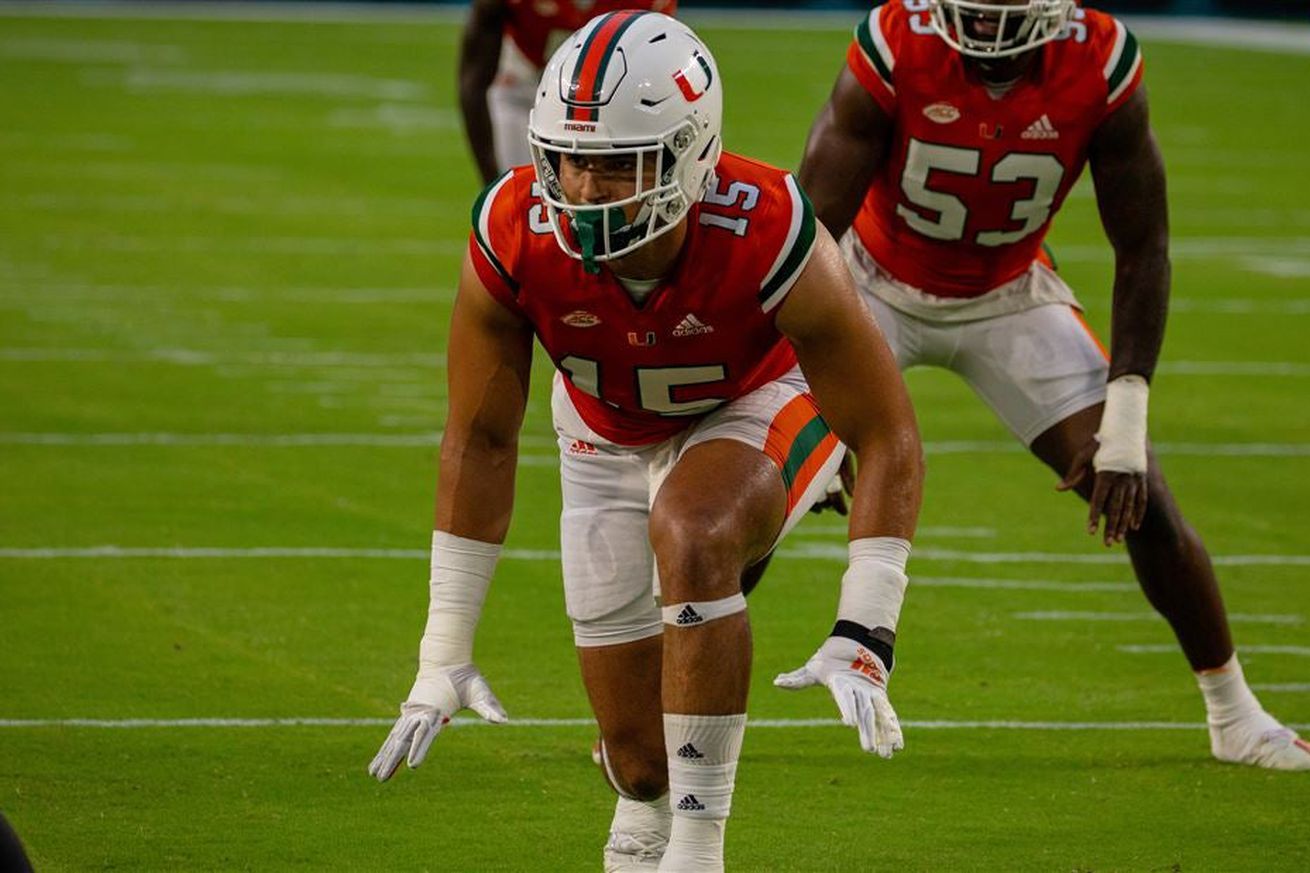 Jaelan Phillips was first to speak to the media on Tuesday, and talked about his first game as a Hurricane.

“Running through the smoke at Hard Rock was surreal,” Phillips said. “It was something that I’ve never experienced.”

Jaelan Phillips with his first impact play — bats pass at the line of scrimmage.

“I’m not entirely satisfied with my performance. I think that I have a lot to grow on,” said Phillips.

The new DE duo of Phillips and Quincy Roche were affective against the Blazers on Thursday, as well as the rest of the Canes defense, as they limited UAB to 285 yards of total offense, and just 80 yards of rushing.

Jaelan Phillips called it a blessing to get back to playing in a game for first time since 2018. He loved running through the smoke at Hard Rock.

Phillips didn’t play in 2019, after transferring from UCLA to Miami.

He also shared his thoughts on their upcoming opponent, Louisville, and their explosive offense.

“Louisville is first and foremost a stretch team, that’s their bread and butter,” said Phillips. “We’re going to have to stop the run because there is no defending the pass if they just run the ball up our gut.”

Jaelan Phillips on how the d-line can have an impact against Louisville: “They have a lot of weapons on offense…they have a lot of guys that can hurt you downfield. It poses an opportunity for us, definitely, as a d-line…it’s going to be important for us to get pressure.”

Louisville won their first game, a 35-21 victory over Western Kentucky. The Cardinals generated 487 of total offense, and Micale Cunningham threw for 343 yards and 3 touchdowns.

Miami travels to Louisville this weekend to take on the Cardinals, 7:30 PM on ABC on Saturday.

Jaelan Phillips on the Canes playing in prime time on national TV: “It’s an awesome situation.”