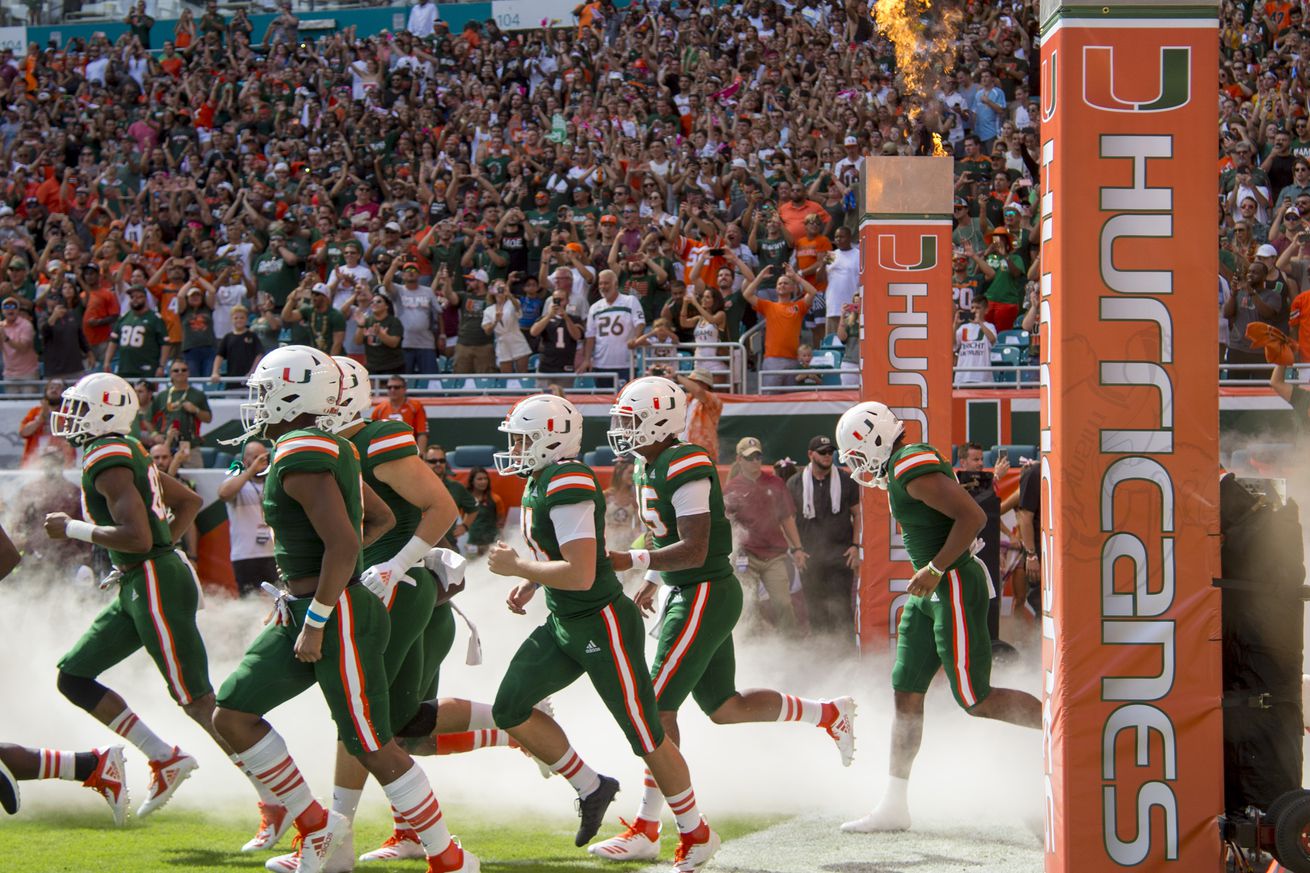 The Miami Hurricanes begin their 2020 season next Thursday against the UAB Blazers, and it’s been announced the kickoff time has been set for 8 PM ET, and will be televised on the ACC Network.

Miami is the first the power-5 team that’ll be playing this year. UAB begins their season this Thursday, against Central Arkansas.

Miami and the Louisville Cardinals on Sep.19 kickoff time set for either 3.30 PM ET or 7.30 PM ET on ABC. It’s been noted that the kickoff time for this game will be decided after games are played on September 12th.