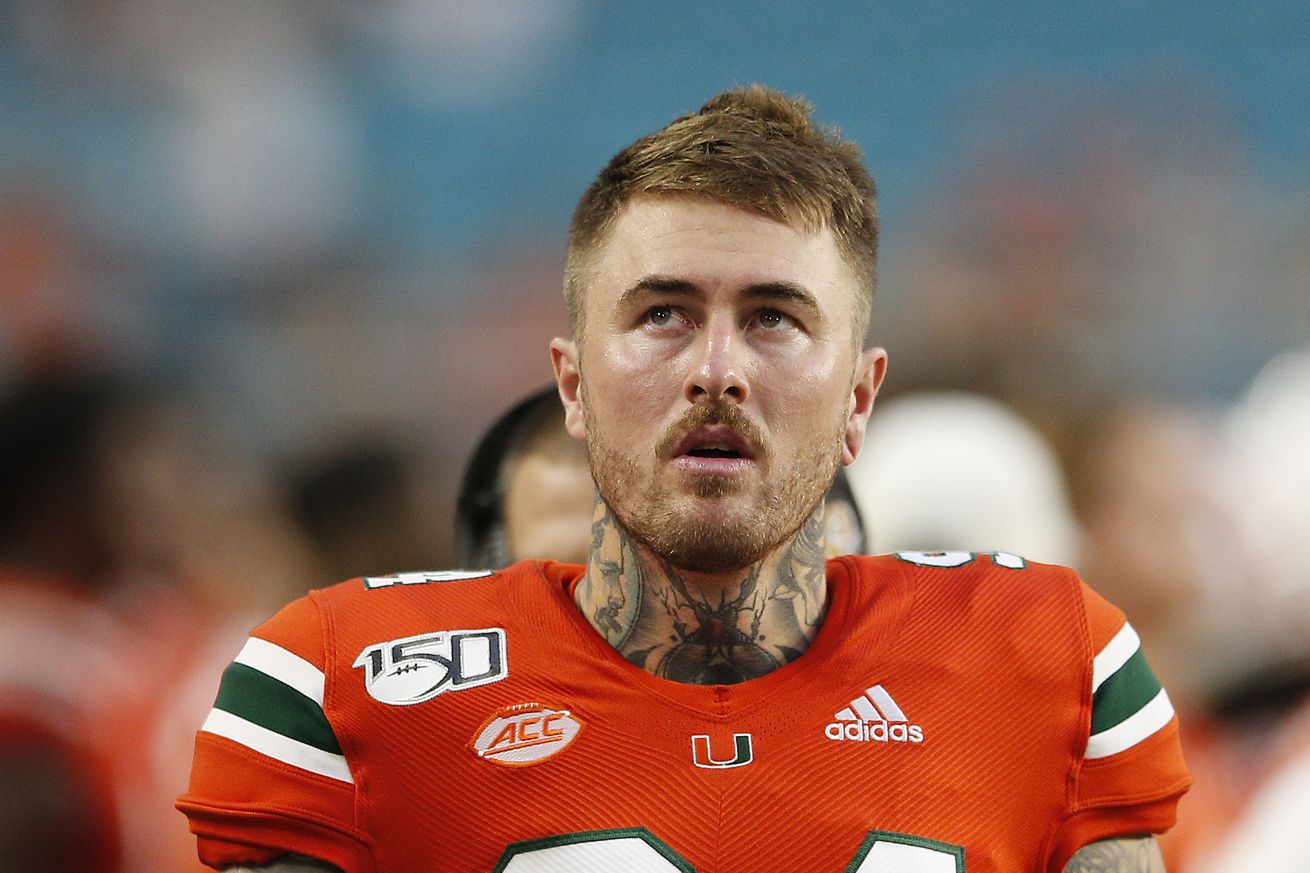 While Miami has been scrutinized for its flaws in 2019 related to missed field goals that often left opponents with advantageous field position, the Canes are just two years removed from one of the most atrocious punting units in the country, which often resulted in poor field position. That is until Australian native and current Cane, Louis Hedley, stole the show on National Signing Day after becoming a Cane in February 2019, subsequently took over the punting duties, and never looked back.

And, even though, the focus all offseason has been on a revamped kicking game led by Jose Borregales, the introduction of the spread offense led by transfer QB D’Eriq King, and overhauling an abysmal offensive line, the unsung hero going into 2020 may be Hedley who exhibited an integral role on opening night against UAB as he consistently flipped the field position by pinning the Blazers deep in their own territory.

As a freshman, Hedley was noted to bring a positive influence to the locker room as he was awarded the Canes’ Special Teams MVP award. The 6’4”, 220lb punter showed versatility by working out of spiral and rollout punts, and averaged 43.9 yards per punt, with 21 finesse boots inside the 20-yard line.

Also, give some respect to Lou Hedley. Kickers are people too. He’s one of the most important players on Miami

For the Hurricanes, this pivotal change in field position was a marked improvement from what they experienced the two years preceding Hedley’s arrival. In 2018, the 64 punts by Canes players traveled an average of 38.2 yards per punt, at a net average of 34.5 yards. In 2017, 74 punts went and average of 38.7 yards per punt, with a net average of 36.2 yards. Football is a game of field position, which starts with the special teams, and Miami was often left behind the eight ball trying to dig their way out of poor positioning after punts that essentially went directly sideways, including in pivotal moments.

Even based on the success his freshman year, a lot of Hedley’s potential remained untapped as he only had three months of experience kicking an American football prior to coming to America.

Feels good to be back!!

Regardless he had success. But, going into this season, Hedley was snubbed from the Ray Guy Preseason Watch List, which is an end-of-season award presented to college football’s most outstanding punter. If his season debut last Thursday night against UAB is any indicator, Hedley should be right in the hunt for the Ray Guy Award as he punted six times at an average of 47.5 yards, including two 50 yard punts and two placed inside the UAB 20-yard line. For reference, the 47.5 yard average places Hedley 0.3 yards behind the national leader after one week and would put him as the fourth best average punter in 2019, only 0.6 yards behind last year’s Ray Guy Award Winner, Kentucky Punter, Max Duffy. As to the yardage, it should also be noted that most of Hedley’s punts were fair caught and thus did not bounce for additional yards.

Hedley has also taken holding duties in the kicking game, which, as mentioned previously, needs to be more consistent this year.

Regardless of the individual accolades, Hedley proved to be a leader even as a freshman. He knows, and many Canes’ fans know based on 2018 punting woes and 2019 placeholding woes, that it takes all three phases to set the tone for a fully-functioning team, as many games have been won and lost based on field position. I expect big things and big punts to continue to come for Hedley as he boots his way to the title of one of the nation’s top punters. In doing so, he should make the job easier for the defense and offense to seal many more victories this season.