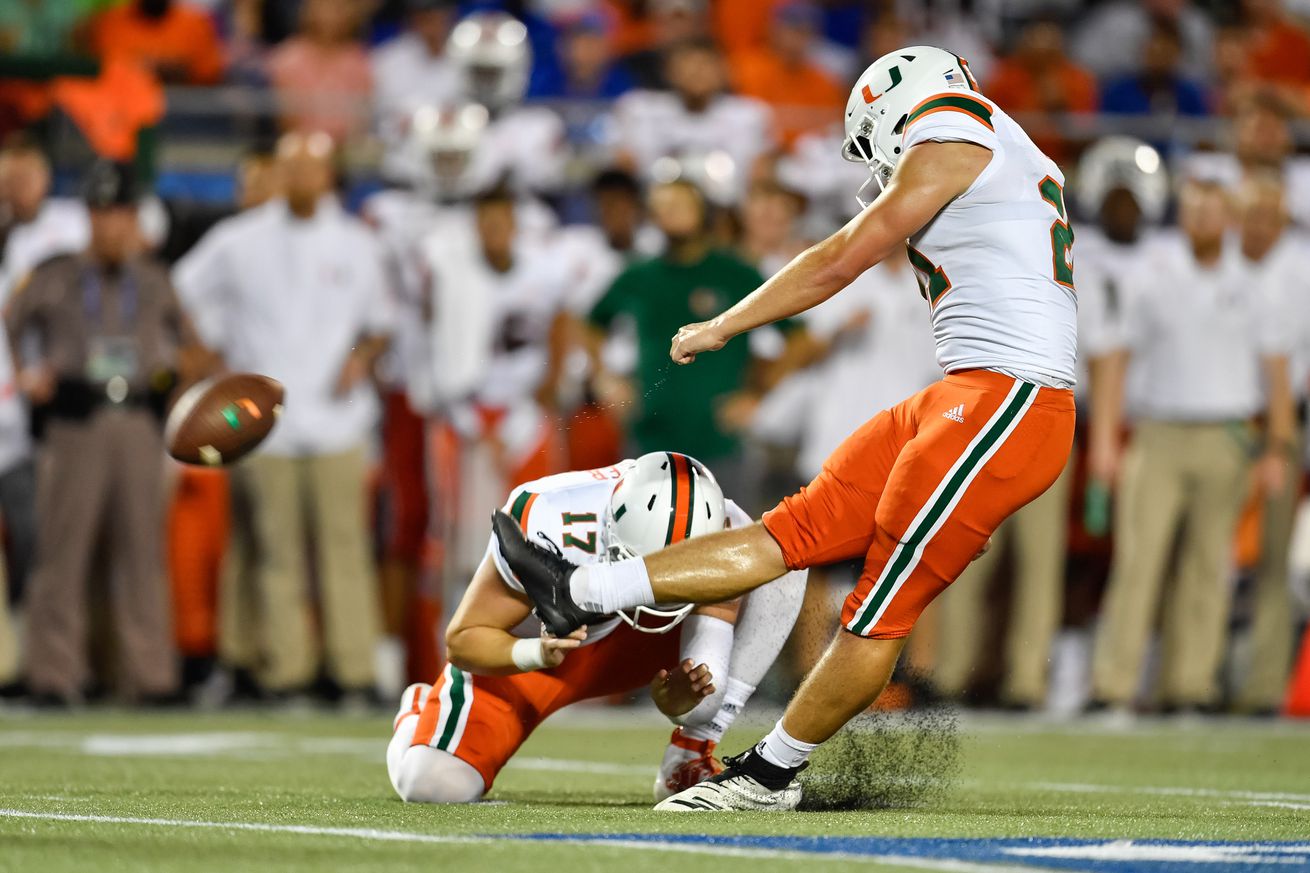 Jose Borregales is already proving to be a crucial addition for the ‘Canes in 2020.

To put it simply, Miami’s kicking struggles in 2019 cost them a game, at least. The inability to cap drives off with points not only added pressure to the defense, but killed momentum on both sides of the ball.

Perhaps saying the kicking game “cost them a game, at least” is a bit harsh, but it undoubtedly affected the outcomes of multiple contests, with head coach Manny Diaz agreeing that the kicking issues a year ago halted their success.

If Miami’s kickers had only been missing long field goals in 2019, it’d be more understandable. Instead, Miami kickers (Bubba Baxa and Turner Davidson especially) combined to miss over 5 kicks under 30 yards in length—many of them coming in games that Miami lost by a small margin.

In the offseason, Borregales quickly received praise from Diaz, saying that “Jose Borregales has changed our football team… you look at some of our issues a year ago. Our inability to finish drive into points and to make easy layup field goals or PAT’s cost us wins…”

WHO ARE MIAMI’S SPECIALISTS?!? pic.twitter.com/W8n7hq6Bc5

Miami utilized 3 kickers last year, who combined to only make 12 of 20 field goal attempts. Borregales, a senior, has made 50 of 66 attempts over the span of his college career. He made his first field goal attempt as a Miami Hurricane, a 25-yard chip shot, and all 4 of his extra-point attempts.

He adds that when the team first saw Borregales hit a FG in practice, the team erupted in cheers.

Regardless of how poor Miami’s kicking game was in 2019, those days are over, and Borregales proves that there are brighter days are ahead.