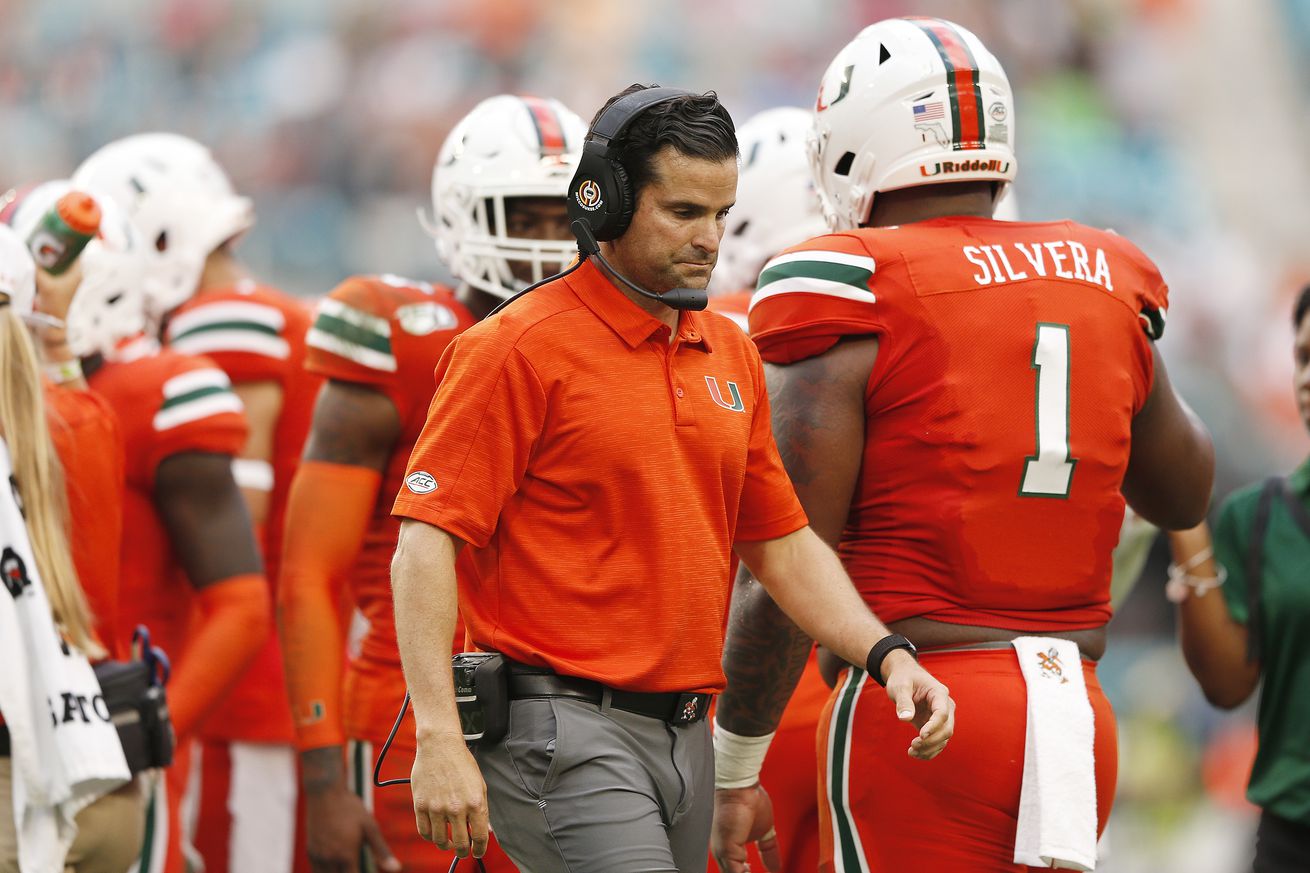 Manny Diaz looks on during the second half of Miami’s October 2019 loss to Virginia Tech. | Photo by Michael Reaves/Getty Images

James Williams makes plays on ESPN2 in a loss

Williams and his teammates from Plantation-American Heritage took on Fort Lauderdale-St. Thomas Aquinas on ESPN2.

While Aquinas came away with a 33-23 victory, Williams had a couple of impressive highlights that showed why the Hurricanes pushed so hard for his verbal commitment.

Malik Curtis nearly led Fort Myers-Bishop Verot to an upset of undefeated Naples-Palmetto Ridge. Curtis played both ways last Friday night and scored on a 35-yard interception return for a touchdown. He also had a 54-yard run in the Vikings’ 28-24 loss.

Miami’s commitments who play in the state of Florida will begin region playoffs if they have not already during this upcoming week.