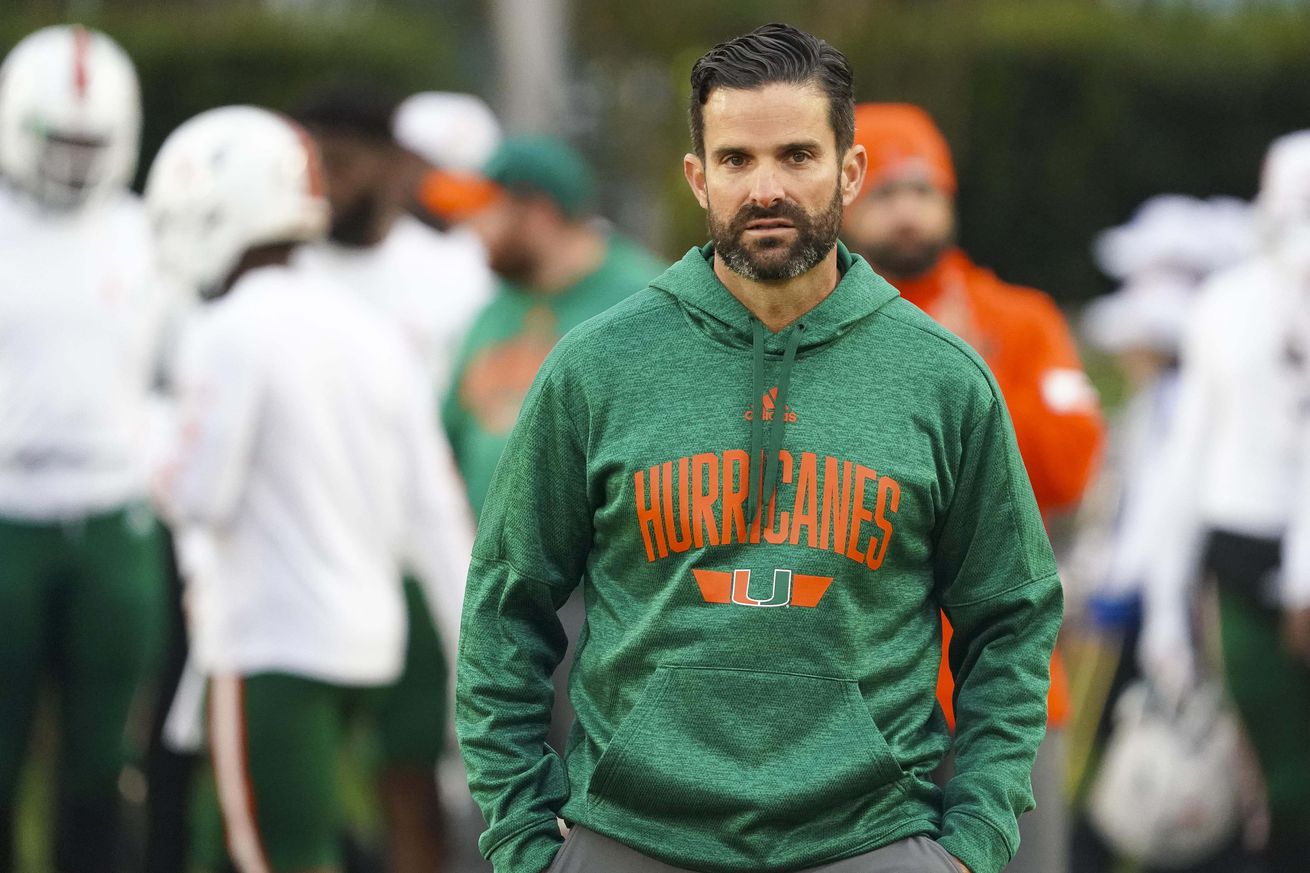 Miami head coach Manny Diaz and the rest of the Hurricane coaching staff currently hold a verbal commitment from 22 prospects in the class of 2021 according to 247sports.com. | James Guillory-USA TODAY Sports

While COVID-19 has delayed the start of high school football for many schools in South Florida, one Miami Hurricane pipeline high school will be kicking off its 2020 season tonight.

2021 kicker commit Andres Borregales used to be a Lion but 247Sports reported that he has opted out of his senior season.

https://t.co/AEcS00ZiJF
HERE IS THE LINK TO LIVE STREAM TOMORROW’S NIGHTS MATCHUP WITH @ChampagnatCS

The Lions currently have seven games listed on their schedule on maxpreps.com, including an intriguing matchup with James Williams and Plantation-American Heritage on September 18.

That means only six of the 25 players verbally committed to Miami (in the 2021, 2022 and 2023 classes) are scheduled for a game tonight, according to MaxPreps.

Others include Malik Curtis, who will lead Fort Myers-Bishop Verot in a road game against Delray Beach-American Heritage tonight at 7pm. Fellow 2021 recruit Thomas Davis will lead Valdosta (Ga.)-Lowndes against Griffin (Ga.) tonight at 8pm in Lowndes’ home opener.

One recruit of note not committed to Miami is 2021 quarterback prospect Jake Garcia. Garcia, who is verbally committed to Southern California, led Valdosta (Ga.) High to a come-from-behind victory last Friday with 340 yards passing and two touchdowns. Valdosta High will take on Tift County (Ga.) on the road tonight at 7:30pm.