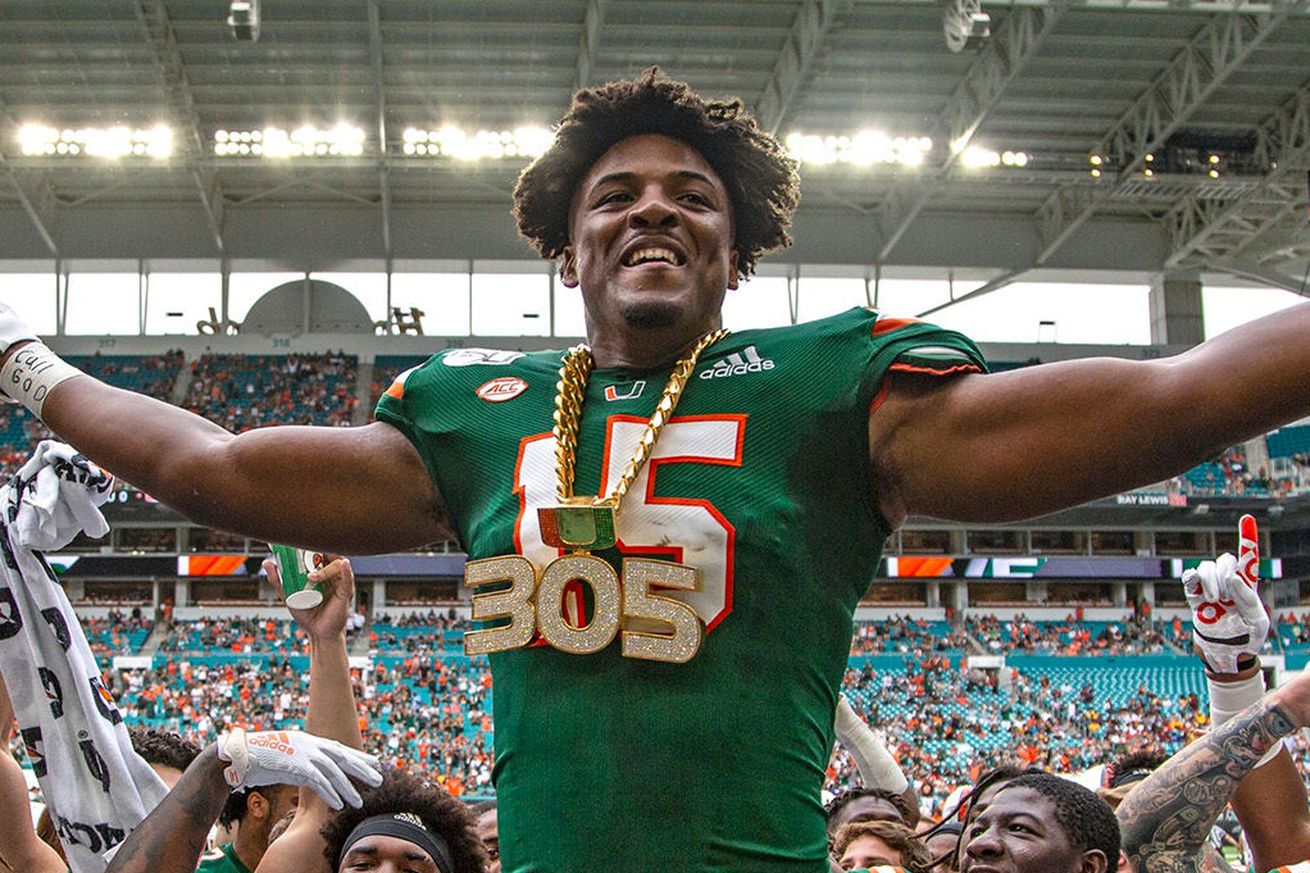 Wagner enters the 2020 campaign led by new head coach Tom Masella, who inherits a rebuilding job from a 1-11 team a year ago, that followed back-to-back 4-7 seasons. Masella is no stranger to the Wagner program, as he is an alumnus and was offensive coordinator from 2012-2013, helping lead the Seahawks to their only FCS playoff appearance in program history in 2012. His most recent position was as defensive coordinator for fellow NEC foe Bryant University in 2019, but he does have prior head coaching experience at Boston University (coached them until their program retracted in 1997), Fordham (2006-2011, right before current Oregon offensive coordinator Joe Moorhead took over) , and another NEC school, Central Connecticut State. The first two weeks of his tenure are a tall order, as they open with road games against the Canes and, prior to that, defending NEC Champion CCSU.

Their 2019 campaign opened on a positive note as they nearly knocked off an FBS opponent, falling 24-21 against UConn. However, their home opener saw D2 East Stroudsburg come into Staten Island and notch a 24-14 victory and that, unfortunately, was more of a microcosm of how the season would play out. Wagner managed to eek out just one win (14-10 over Long Island University) in NEC play, dropped four league contests by one possession, and made a South Florida road trip last year that ended in a 42-7 defeat at the hands of Lane Kiffin’s Conference USA Champion Owls.

Sophomore Ryan Yost is the likely candidate to take over at quarterback, as he replaces a guy who South Floridians may be familiar with in Christian Alexander-Stevens – a Lakeland product and FIU graduate, who started and won MVP honors in the 2018 Bahamas Bowl. Though it will be interesting to see if DQ Vinson or Chris Ciccone can beat Yost out. The two quarterbacks combined for 2,128 yards, 9 TD, and 13 INT for an offense that finished 123rd out of 124 FCS squads (only the aforementioned LIU Sharks, whom Wagner beat, had a less productive offense) gaining 239 yards/game and netted a -8 Turnover Margin (t-106th nationally). Maryland transfer Ike Ogwuegbu is the leading returning rusher with 233 yards. There are some big targets in the passing game in 6’4” senior receiver Josh DeCambre (46 catches 675 yards, 6 TD) and 6’5” junior Tight End Nolan Quinlan (33 catches, 346 yards, 1 TD), and the 6’2” Old Dominion transfer on the other side, Noah Ellison (27 catches, 214 yards, 1 TD). The right side of the offensive line should remain in tact, from rising sophomore Center Thomas Kutchma to fifth-year senior Tyler Piekarz to the 6’8” Tackle Sowande McWhite.

The Seahawks did hang their hat on a defense that tied for 18th-ranked nationally (330.0 yards/game) and only gave up 3.7 yards/rush, but have major production to replace on this side of the ball, after the graduation of all-time NEC sack (34) king, two-time conference Defensive Player of the Year, and three-time FCSSTATS All-American Edge Rusher Cameron Gill, as well as 1st-team all-conference defensive tackle Chris Williams, leading tackler Santoni Graham, and safety Myron Morris. Cornerback Ahmad Lyons (a transfer from ASA College in Miami) returns for his senior season after tying with Morris for the team lead with 2 interceptions, along with fellow ASA product Darrell Malone in the secondary. Junior linebacker Titus Leo is the leading returning tackler (68). Masella retains defensive coordinator Del Smith and his 3-4 defense that, again, will be without it’s havoc creators at weakside linebacker (Gill) and nose tackle (Williams).

Dominate the line of scrimmage – This is the game where Navaughn Donaldson, Corey Gaynor, Nesta Silvera, Gregory Rousseau, and many others should be salivating over this match-up and an opportunity to move around an opponent seemingly at will. Wagner’s defensive front is coached by former NFL veteran Terrance Knighton (coincidentally, a Temple alum – Miami’s Week 1 opponent), who’s not going to want his group to be intimidated, but this will be a monumental task for them, having to replace their most productive players in Williams and Gill.

Stay healthy – Regardless of what the scoreboard may read, any injuries to key contributors might be seen as a net loss on this particular Saturday, relatively speaking. Score early, score often, protect your greatest assets, and let some of the other guys get in there and have some fun. This would be the quintessential Jimmy Murphy game if he was still around, and he himself was a Wagner Seahawk prior to becoming a Canes fan favorite.

Start fast – These first three weeks, and this one in particular, are an opportunity to gain early momentum, erase some of the sting from 2019’s end, and possibly throw King’s name up on the canvas as a Heisman candidate, if the Canes can provide possible headlines such as “D’Eriq King scores x first half touchdowns, Miami rolls” leading into some chances to pick up much more significant victories later on down the line. That should bode well for the psyche of this team and its perception across the landscape of college football.

The Canes have started relatively slowly in this exact game for three straight years. Notoriously lethargic against Bethune-Cookman in 2017, and only 7 first quarter points each against Savannah State and Bethune (again) the last two years, before ultimately pouring on 140 combined points. Wagner has a few more nice pieces in the passing game and a more proven defensive system when compared to those other teams, and a solid kicker in Eric Silvester (8/11 FGs and 19/19 PATs) returning. Lashlee’s tempo should be able to wear down this FCS opponent with only 63 scholarship players, and the start should be faster than those aforementioned games.