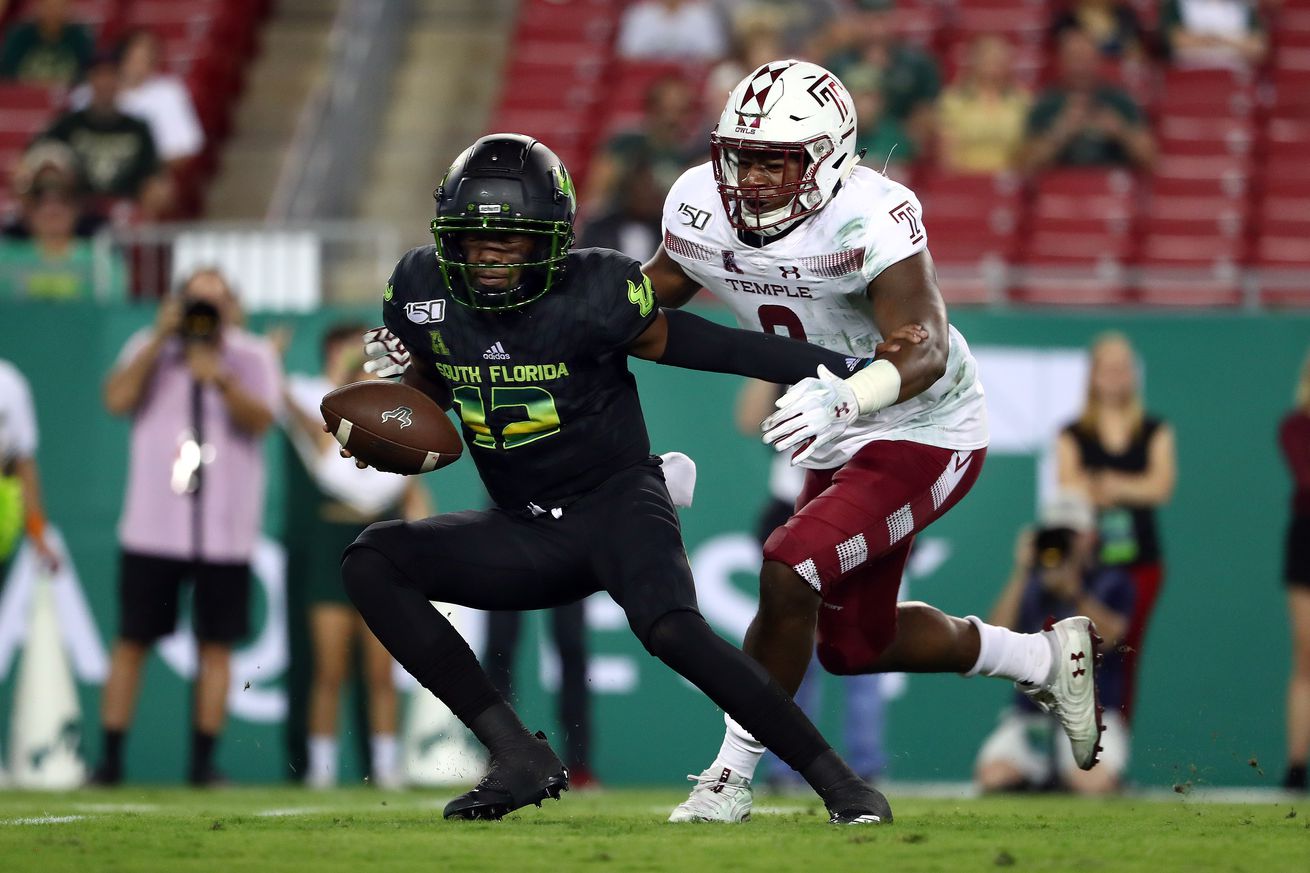 At the beginning of this offseason, Miami knew that their defensive line was going to be a force to be reckoned with in the 2020 season. Between awe-inspiring redshirt-sophomore Greg Rousseau, who could be a top-ten pick in the NFL Draft this spring, former number one overall prospect Jaelan Phillips, and promising junior DT Nesta Silvera, the Canes already had most of the ingredients for a special defensive line. Then, the rich got richer as Temple DE Quincy Roche made his way down to Coral Gables as a graduate transfer.

The Canes now have a lethal set of defensive ends, and Roche is bound to make a huge impact on UM’s defense this upcoming season. Roche was a three-star recruit in the 2016 class, and the Maryland native was not very heavily recruited out of high school. Besides Temple, Roche only got offers from Appalachian State, Furman, Monmouth, and Toledo. Roche most certainly proved all of his doubters wrong, as he went on to have an excellent career at Temple.

He finished the 2019 season with 49 tackles, 19 tackles for loss, and 13 sacks. Roche was an absolute nightmare for AAC quarterbacks last year, and he won AAC Defensive Player of the Year for his efforts. While he was outstanding in 2019, Roche had one game in particular last season that stood out above the rest. Roche absolutely shredded Tulane last year, as he racked up 12 tackles, six tackles for loss, three sacks, a forced fumble, and a fumble recovery. In that game, Roche demonstrated the game-breaking ability that he possesses. Roche certainly overdelivered considering how little recruiting attention he got in high school.

Meanwhile, some very reputable sources in the college football industry think very highly of Roche. Pro Football Focus revealed their highest graded defensive players in college football in 2019, and Roche finished with the third-highest grade. Roche is in some pretty great company here, especially considering that Chase Young was taken second overall in the NFL Draft in April.

Temple transfer Quincy Roche was a huge get for Miami. Roche, who had 13 sacks last year, has a good first-step, does a good job working off his length, and knows how to finish. Opposing QBs better get the ball out fast against @CanesFootball this fall! #TheDraftStartsInMOBILE pic.twitter.com/Npp18EXvwW

Piggybacking off Nagy’s last point, quarterbacks who are facing Miami’s defense, in particular the defensive line, will likely have a very tough time operating this year. Roche and Rousseau form an extremely dangerous tandem off the edge, as they both finished top ten in sacks last season, when they combined for a staggering 29.5 sacks. Roche and Rousseau will line up opposite of each other, and opposing teams will have to pick their poison when they are trying to protect their quarterback. When you add in a highly-touted player like Phillips, as well as talented red-shirt freshman like Jahfari Harvey, the Canes are set up to have an absolutely destructive collection of edge rushers.

Going back to Roche, his addition to the Canes roster will be much welcomed. Roche will provide some much needed senior leadership, and he brings with him some tremendous pedigree. He has been a productive player for his entire college career, and he was outright dominant in 2019. Roche’s addition to the squad makes the d-line even deeper than it already was, and he will free up Rousseau to do even more damage than last year. One position group Canes fans won’t really have to worry about is the defensive line, in particular the defensive ends, and Roche is projected to make an immense impact on Miami’s defense in 2020.