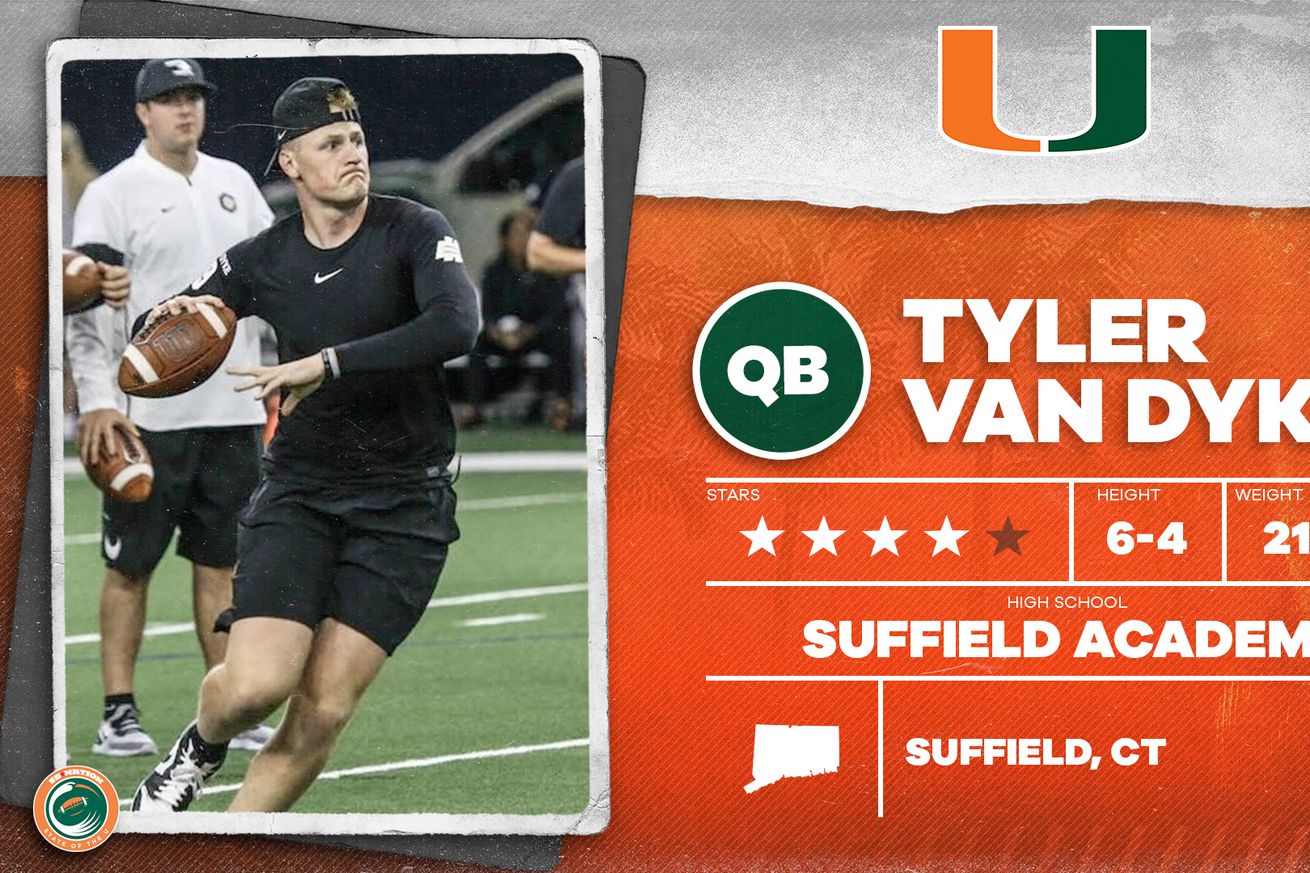 State of the U Illustration by Mike Meredith

Tyler Van Dyke is a freshman quarterback standing in at an impressive 6’4 216 pounds. A byproduct of Connecticut, this Suffield Academy field general led his high school to an impressive 9-0 record his Senior year.

A consensus four star by all major publications, TVD was also rated 105th nationally in the ESPN 300. The Hurricanes also gained the #2 overall rated pro style quarterback in the country.

So it isn’t Uncle Rico, but how about some Tyler Van Dyke Rewind? Doing the homework….@TheStateOfTheU camp preview position groups. You know I am taking those signal callers seriously. https://t.co/93vK7B45W7 pic.twitter.com/cfAqdaIm2i

Also a baseball player, TVD shows athleticism on film and is a big body runner who is very zone read capable. I see his ability to adapt his arm with variable slotting, throw with touch, and possesses straight line trajectory on wide side outs.

TVD is also a very sound fundamental quarterback and is very adapt at using rotational acceleration aspects into his throwing motions. No typical elongations noted with other baseball background quarterbacks.

Any concerns with how a pro style quarterback could operate in an uptempo spread should be put to bed when you consider how his senior offense changed from the previous year. A junior year offense that mimicked a Mark Richt offense was replaced with a more spread variety his final year in high school.

Miami have a very good quarterback to be groomed for the future on its hands. TVD has the goods and although a red shirt possibly could be ideal, there is no doubt that TVD has the skill set to challenge for major playing time.

If it weren’t for the emergence of transfer quarterback D’Eriq King, I saw a potential where the incoming freshman could have secured the starting job. By all intents and purposes early field reports from spring, prior to the pandemic, were that he was the best thrower on the Greentree.

I don’t doubt this for a single second. What else shouldn’t be doubted is that I broke down Uncle Rico on film this week. I didn’t. Instead, I broke down TVD in typical SOTU Student of the Game grandeur. Popcorn ready? Just press play. #BANG #TMD #TVD