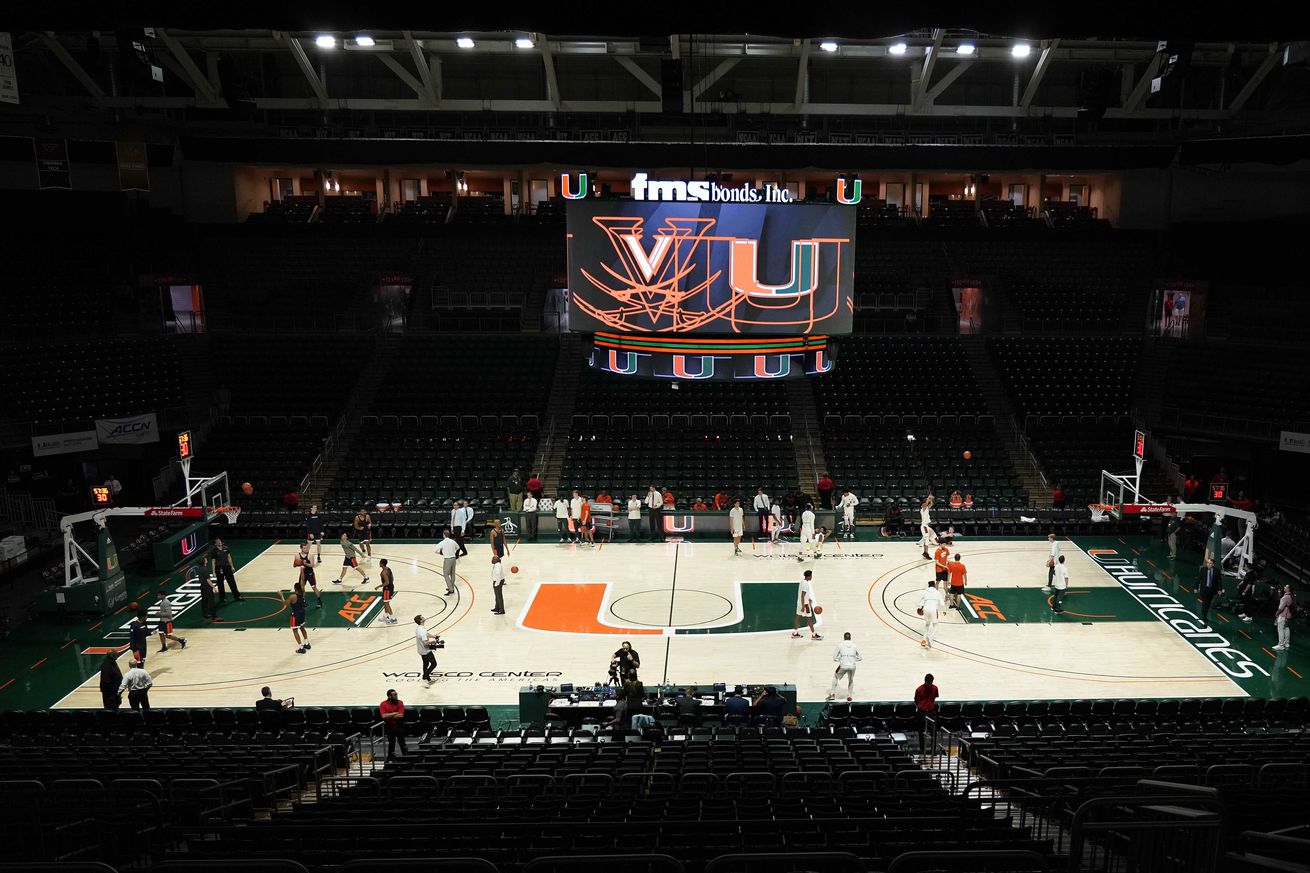 A general view of the Watsco Center prior to a game between the Miami Hurricanes and the Virginia Cavaliers on March 4, 2020 (Coral Gables, Fla.). | Steve Mitchell-USA TODAY Sports

The Miami Hurricanes landed four-star recruit in shooting guard Jakai Robinson of the Washington, D.C. area on Sunday, the program’s third guard in the 2021 class. Coach Larrañaga and his coaching staff continue to plan ahead for future seasons with fresh, young talent that can fit to potentially compete in the upper end of the ACC.

Four-star recruit Jakai Robinson has committed to the Miami Hurricanes basketball program from the National Christian Academy of Washington D.C. on Sunday, according to 247 Sports and other sources.

Robinson, a Fort Washington, Md., native, is a 6-foot-4 shooting guard that ranks as the No. 2 basketball recruit in Maryland in the class of 2021. His commitment marks the third for coach Jim Larrañaga’s team in the 2021 recruiting cycle, alongside point guard Bensley Joseph and combo guard Nisine Poplar.

Ranked as No. 69 of the nation’s 2021 prospects, Robinson offers shot making abilities and toughness that the Hurricanes can never seem to need enough of against ACC opponents.

Brown believed that committing to Miami served as the best fit for the young wing in terms of coaching and play style.

“Jakai and his father really like the fact that they have an experienced coaching staff over there,” Brown said. “The coaching staff is established and has been together for a long time, much like my staff has. Miami has had a lot of success developing wing players. They play a lot of pick and roll type basketball. They get up and down the court pretty well and play with a decent pace. Those are all of the things Jakai does really well.”

Another Mid-Atlantic Region commit, the program’s newest wing chose the Hurricanes despite receiving offers from Seton Hall, Connecticut, and Florida, among other schools.

The ‘Canes will lose senior point guard Chris Lykes after this season due to graduation, but will retain backcourt talent in guards Harlond Beverly, Isaiah Wong, and others. Robinson will likely serve at the shooting guard and small forward positions, given both Joseph’s and Wong’s playmaking abilities.

“They [Miami’s coaching] left it open as a wing,” Brown said. “More of a two because he shoots the ball extremely well and he handles it pretty good as well. Everyone wants guys who can read a screen and roll and is skilled enough to get a shot for himself and someone else.”

Miami will likely hope to land one or multiple commitments from frontcourt prospects to even out the 2021 class. The team will also lose center Rodney Miller, Jr., forward Sam Waardenburg, and center Nysier Brooks, a redshirt senior transfer from Cincinnati, after this season.