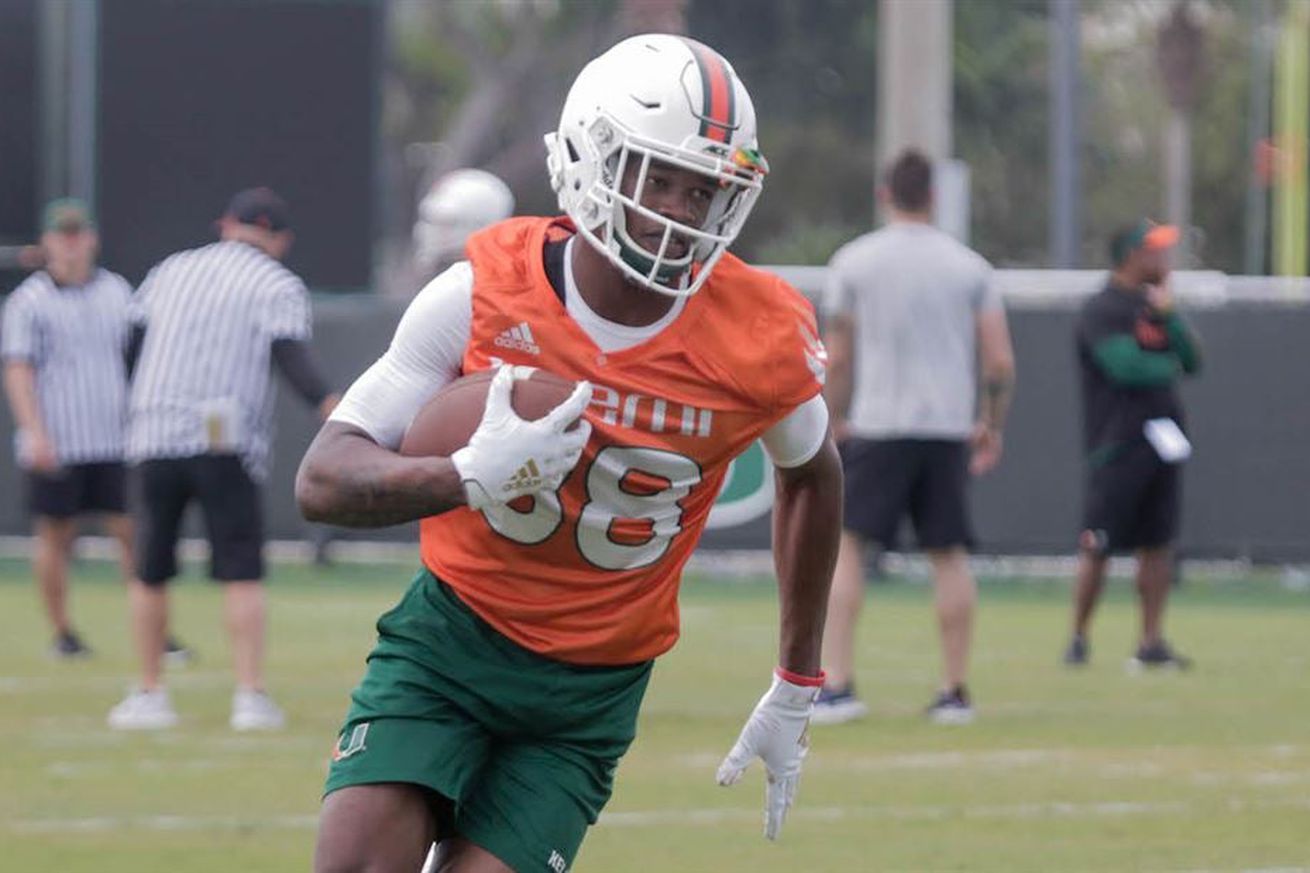 For this first time this spring, the Hurricanes came out in shoulder pads rather than “pajamas,” what Manny Diaz likes to call shorts and a jersey.

As we walked onto Greentree, safety Bubba Bolden was once again seen jogging off gingerly without a brace or anything noticeable. That has to be a great sign for the redshirt junior, who injured his ankle after intercepting a pass in a win over Florida State.

While we didn’t get a look at any direct competition, no 1-on-1’s or any other sort of team drills, we did get to see the quarterbacks and receivers back in action.

Freshman wide receiver Keyshawn Smith out of San Diego, Calif. continued to impress. His position coach Rob Likens used his rep (the last rep in the video below) as an example to the rest of the wide receivers group while the quarterbacks were throwing through their go-ball drills, which they have done every day this week.

You’ll also see how involved Lashlee is in the details of the way things are done.

On the back end of that drill, Smith snagged a tough looking over-the-shoulder pass from his classmate Tyler Van Dyke, which ignited a “That’s what I’m talking about, San Diego!” from Director of Player Development Jorge Baez.

Tyler Van Dyke to Keyshawn Smith. Smith has been recognized a couple times already by coaches for good reps pic.twitter.com/4mJHJBPe8y

On the opposite field, all the individual position groups were doing their own thing. Going through tackling drills, tracking drills, and other every day things.

One thing that caught my eye was the freshman safety Keshawn Washington, who towered above veteran safeties Amari Carter and Gurvan Hall. His length is certainly intriguing and his frame is raw. There is a lot of potential from the 6’2 South Dade High School product.

The Hurricanes will open up practice again tomorrow before the University of Miami’s spring break, which gives the players all of next week off.