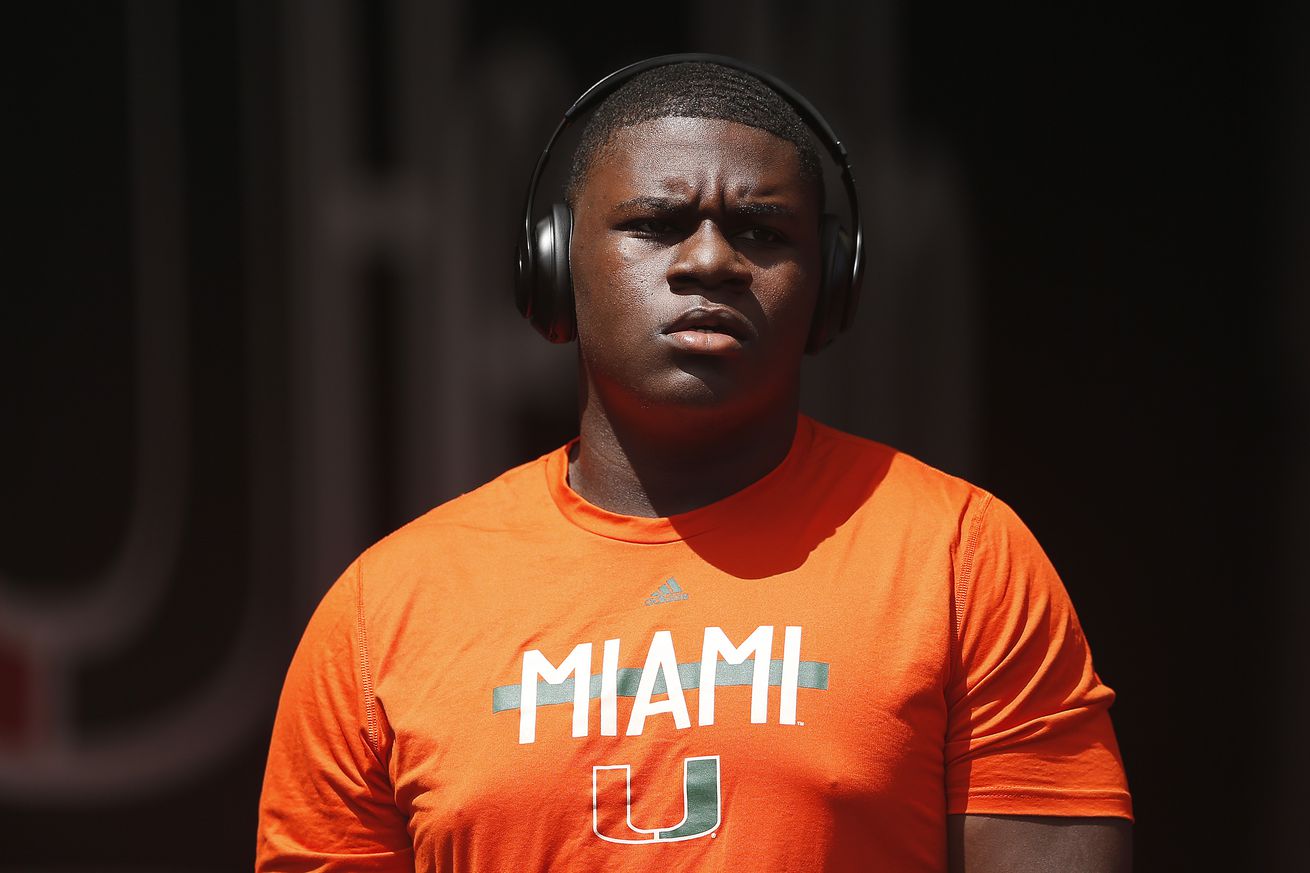 For the first time this spring, the Miami Hurricanes were in full pads. Today was also the first time we were able to get a good look at the trenches.

Offensive line coach Garin Justice was working alongside graduate assistant Steve Hashemi with the unit, each having a few players at a time working on particular blocking schemes.

Offensive coordinator Rhett Lashlee spoke on the unit on Wednesday.

“Coach Justice and I think and agree on a lot of things,” Lashlee said. “As soon as you know where guys fit best you’d like to keep them there. It’s like anything else if you’re playing left guard one day, left tackle another, then center, right guard, you know, flipping sides, it’s hard to get really good at something. It’s the same the same thing at receiver and any other position.”

Scaife said Thursday that he’s been moving all over the offensive line throughout the first couple of days of practice, but you have to feel that both Justice and Lashlee want to feel good about a certain group of guys as soon as possible and move forward with them.

We also got a good look at Under Armor All-American OL Jalen Rivers and he certainly looks the part.

The defensive lineman were also going through drills on the far end of Greentree and the biggest takeaway was that redshirt freshman Jason Blissett Jr. was working with the defensive ends, rather than the tackles, which is the position he was recruited to play.

Otherwise, the defensive line looks the part physically and the prospect of Greg Rousseau, Quincy Roche and Jaelan Phillips coming off the edge is as intriguing as any other position group on this team.

And behind them, you’ll notice how deep the unit is. Jahfari Harvey, Jason Blissett, Cameron Williams and Chantz Williams provide a ton of backup for the stars coming off the edge.

At the tackle position, Jon Ford was mentioned by name by coach Manny Diaz as a guy who has completely changed the way that he works out. Scaife also mentioned Ford specifically as a guy who really pushes him in practice.

A great sign for the 6’5 senior tackle, who should have a much larger role on the defense with Pat Bethel’s departure.

Nesta Silvera, Jordan Miller, Jalar Holley and Jared Harrison-Hunte were full participants while media was out there.

The Hurricanes will be off all of next week during the University of Miami’s spring break.