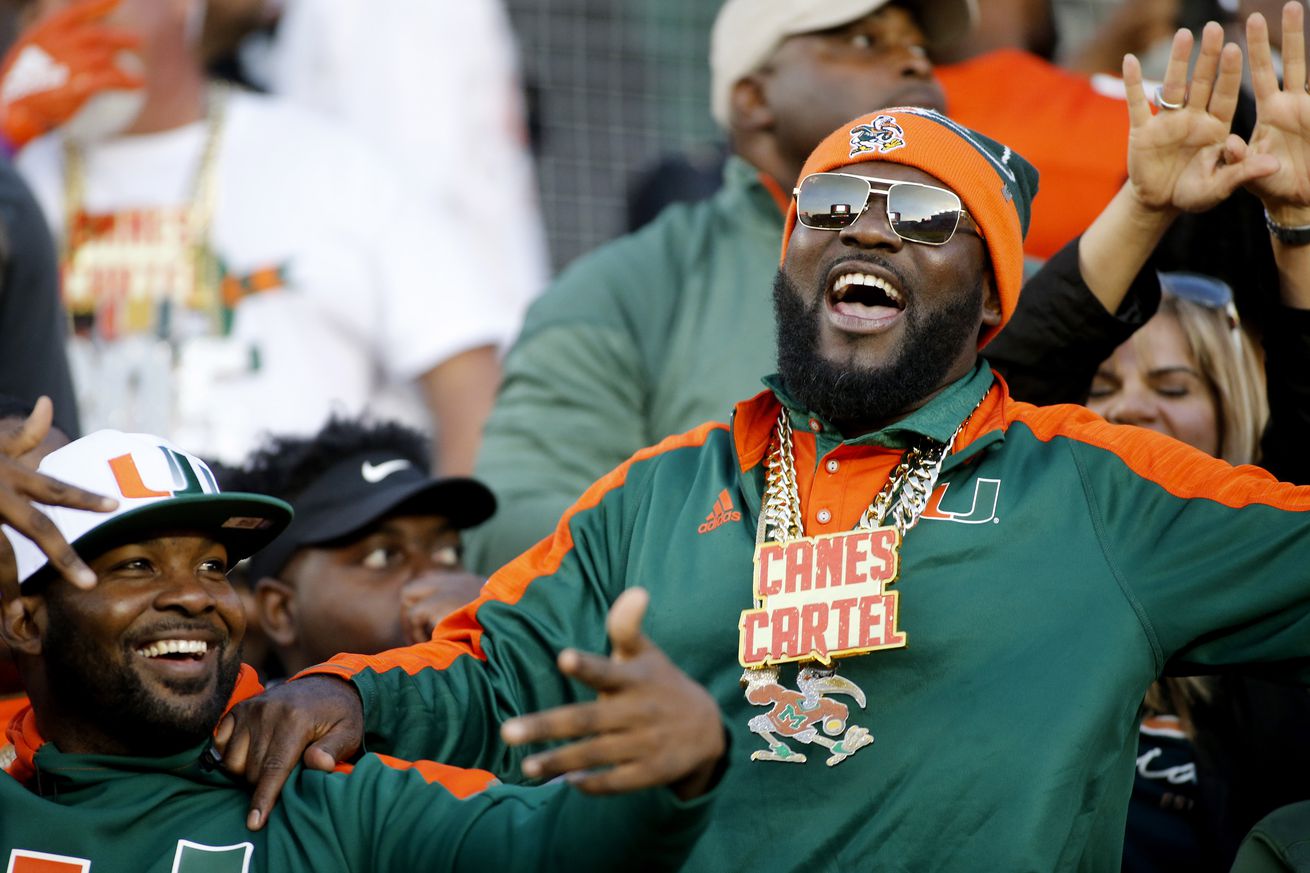 Miami will be featured in primetime for a 2nd consecutive week.

If you were upset Miami opened the 2020 season on the ACC network, let that be in the past.

On Monday afternoon, the ACC announced that our beloved Canes will be featured in primetime for a 2nd consecutive week, this time with the annual rivalry game against the Florida State Seminoles getting the spotlight treatment.

Prime time | Back to back | Let’s do it pic.twitter.com/FB8XN32ohC

Everyone knows that Miami-Florida State is one of the best rivalries in CFB history. And, the teams play with additional effort for this game because it’s just DIFFERENT; many players know each other from optimist and HS football, and, uh, these programs have no love lost for one another, and that spices things up, as well.

So, you can plan your day and set your DVR again: the Miami Hurricanes will play in primetime for yet another week.

Plenty more on this game next week. Miami heads to Louisville and plays in primetime on ABC this Saturday evening.