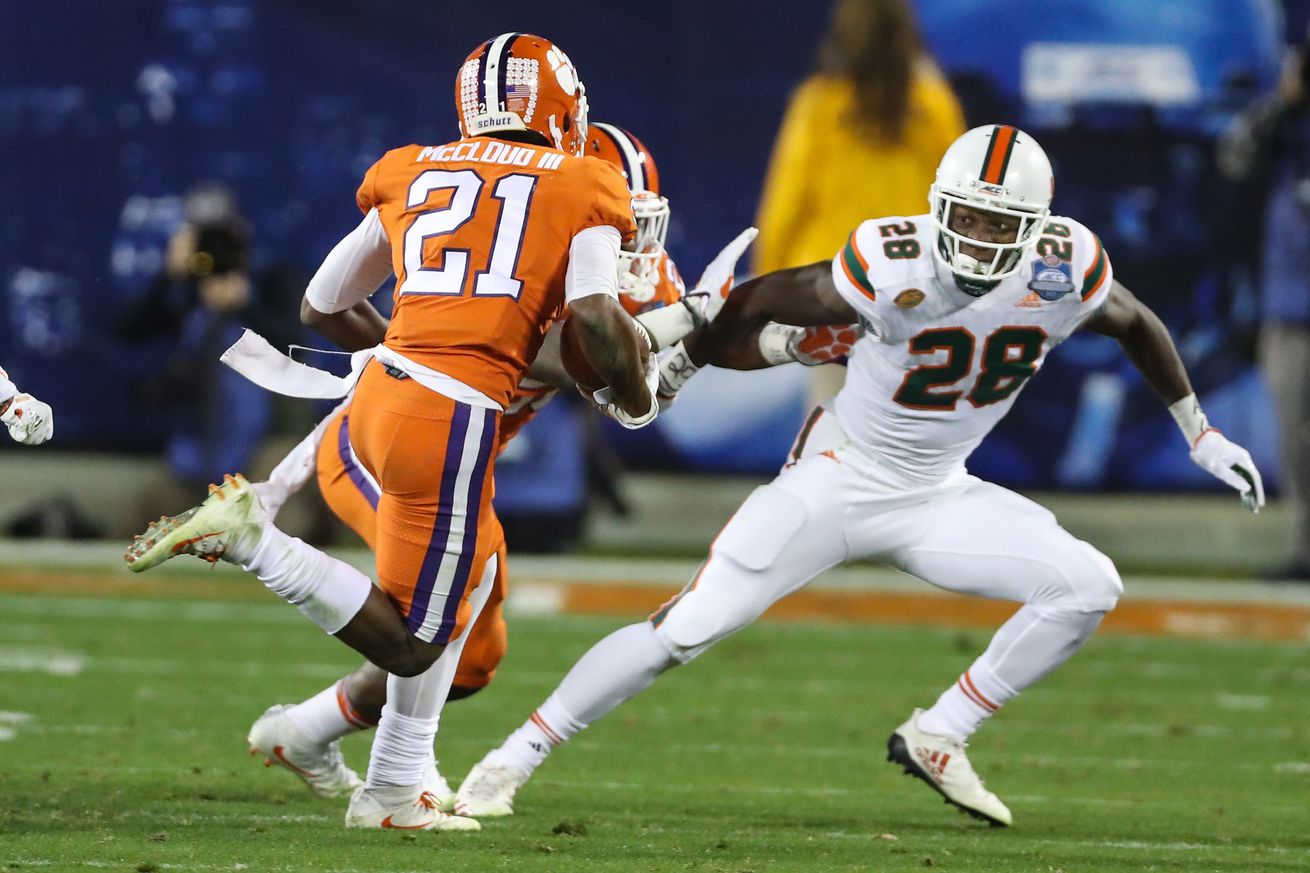 After a staggering 52-10 victory over rivals Florida State, Miami sits at 3-0 and ranked number 7 in the nation. While celebrating might seem tempting right now, the canes have possibly the biggest test they’ll face this entire season, The #1 ranked Clemson Tigers.

Prior to the season, October 10th was the day that everyone marked down on their calendars, and not because we anticipated a top-10 showdown, but because the canes have lost their past two meetings against the Tigers a total 96-3… Yeah. Should Miami fans expect another blowout? Or is the U back.

We all remember the 2017 season where Miami won 10 straight games, then lost a painful game to Pittsburgh away, and then in the following game got demolished in the ACC Championship. The ending of that season was bitter. The team that made Notre Dame look foolish couldn’t even score a single touchdown in their conference championship game. The 2020 canes play a different style of football though. And here’s how the Hurricanes could keep a close one in Death Valley, and possibly even come out with a win…

Get the Offense Rolling Early

In both Miami’s victories vs Louisville and FSU, the canes were able to score early and often, getting our playmakers into rhythm. When the canes play dependent on the defense, they tend to struggle. Just look at the first quarter against UAB where Miami’s offense had trouble. Less time of possession mean the defense will get tired out quicker. SCORE THE BALL!

The canes have fueled off of turnovers over the past 4 seasons. When Miami forces turnovers, they win. Just look at some of the most recent victories over ranked teams. In 2017 against Virginia Tech and Notre Dame, Miami forced 4 turnovers each. In 2020 against Louisville, the canes forced 3 turnovers. If they can get big 3rd down stops to keep Heisman hopeful QB Trevor Lawrence off the field, Miami will be in great shape. The defense is not going to win the game by themselves, like it had to at times in previous seasons, but the better they are the less pressure it puts on the offense.

Miami has a kicker. That’s a sentence I thought I would never say again. Jose Borregales is 6 for 6 on field goals this year. If he can keep knocking them down, the canes won’t lose out on easy given points. If this ends up being a defensive game, field possession will be huge and it could come down to punts.

Get Playmakers the Ball

It seems so simple, but when you’re matched up against an elite defense things get difficult. Through 3 games, D’Eriq King has spread the ball well, and has gotten his playmakers going, such as Brevin Jordan, Mike Harley, and Cam’Ron Harris. You’re not gonna keep the game competitive if you can’t get your most versatile targets the ball.

Last but not least, the canes NEED to stay away from mistakes. QB D’Eriq King has done a phenomenal job of keeping the ball, as he has 0 turnovers. However, Miami got exposed vs FSU, with Mark Pope muffing a punt (his second of the year), and Jaylan Knighton fumbling. Fortunately those turnovers did not affect the game and Miami was able to steamroll the Noles. However, if Miami starts getting sloppy, it’s not gonna be a fun one in Death Valley. Perfection, or as close to it as possible, will be crucial in order for The Hurricanes to walk out with a historic win against the number 1 ranked Clemson Tigers. And more importantly, signify the return of the U being back…