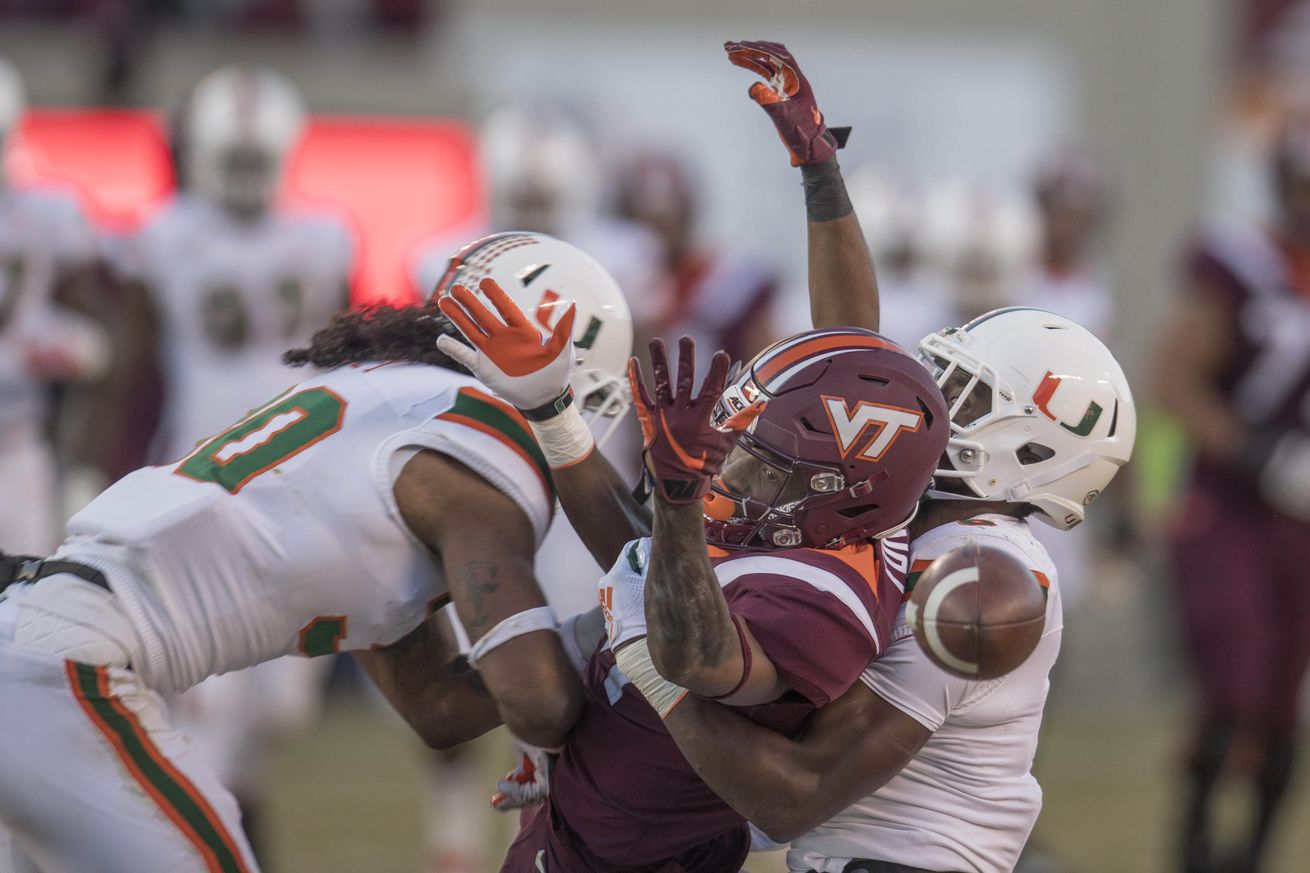 The ‘Canes may have another shootout on their hands.

Coming off a shootout with NC State where the two teams combined for 85 points, Miami’s offense looks much improved since their matchup against Virginia—a game in which the offense managed to put just 19 on the board.

Virginia Tech currently holds the 94th-best defense in the country, far from the hard-nose and vigilant brand of football former-defensive coordinator Bud Foster established. Justin Hamilton is Tech’s new defensive coordinator, promoted from his job as Hokies’ safeties coach right before the conclusion of 2019.

However, rankings don’t tell the full story. People have often referred to 2020 as an ‘asterisk’ year in sports, with COVID-19 hitting the Virginia Tech program particularly hard. The Hokies missed 21 players for their matchup against Duke, 23 for NC State, and 15 against North Carolina. Despite the diminished roster, Tech went 2-1 in those games, coming into their matchup with Miami with a mediocre 4-3 record.

Virginia Tech vs. Virginia game, scheduled for Sept. 19, has been postponed because of COVID issues. Also, Virginia Tech will pause its football practices for 4 days

Rhett Lashlee, D’Eriq King and that Miami offense have to be just licking their chops watching the #Hokies defense struggle with Liberty.

Ultimately, Virginia Tech’s defense has struggled mightily in 2020, setting Miami’s offense up for a game in which they can hopefully dictate to the opposing force. The stage seems set for another high-scoring shootout for the ‘Canes, as the defense will have their hands full with Hokies quarterback Hendon Hooker.

Regardless, Blacksburg is a tough place to win, no matter what Virginia Tech’s record is. It’s a rivalry game nonetheless, and the ‘Canes have to be up for this game as if they were playing Florida State. Coming off a heart-wrenching loss to Liberty, the Hokies are looking for redemption—upsetting an in-conference rival would be just that.

The ending of No. 25 Liberty vs. Virginia Tech was wild as the Flames reach 7-0! pic.twitter.com/FHz6Nkld4X

It’s hard to believe that Miami’s defense will give up 40+ points again this season, but if it does, the offense has to remain hot. Additionally, if the same Hokies defense from weeks prior takes the field on Saturday, Rhett Lashlee and D’Eriq King will feast.