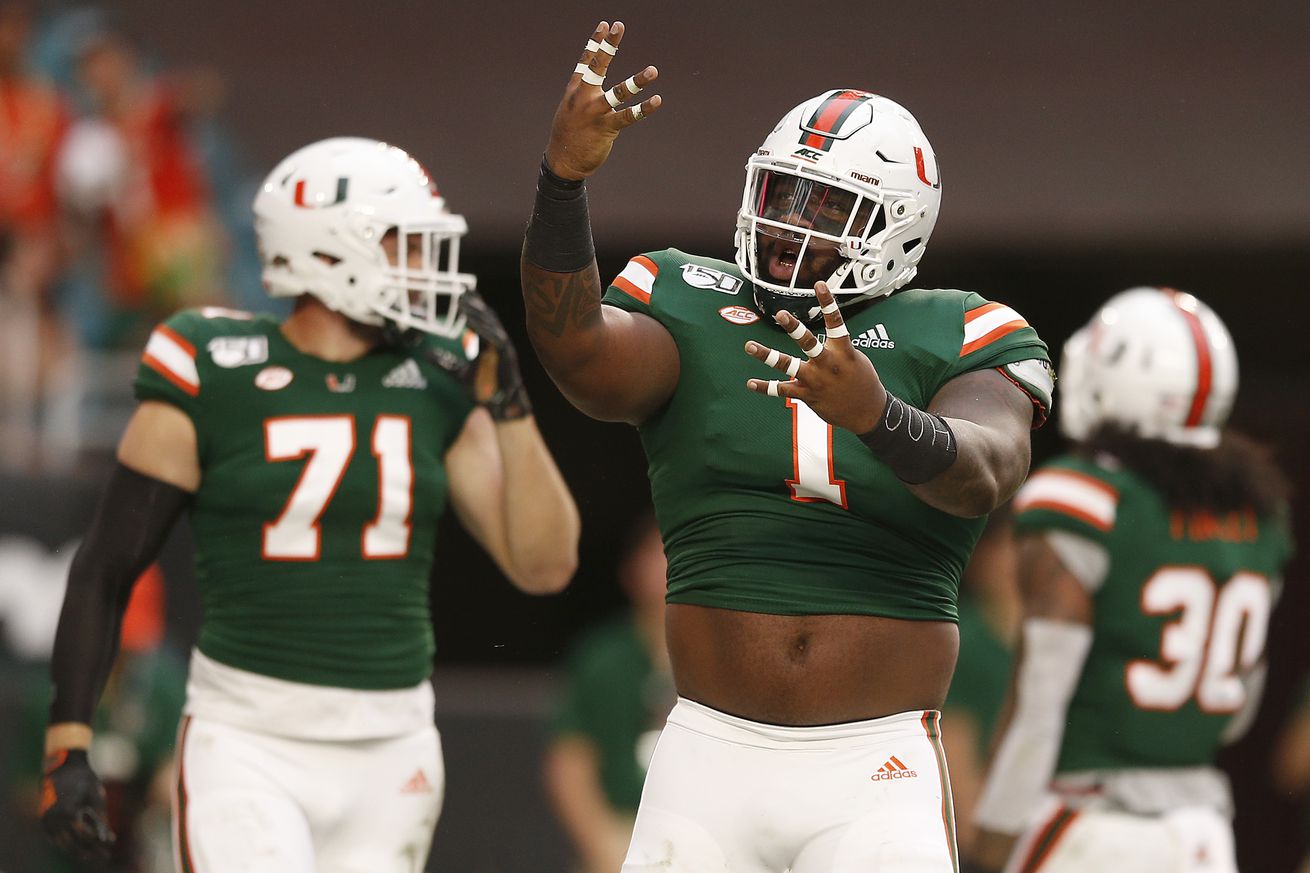 The hype continues to build for the Hurricanes defensive line

Silvera, a junior, enters 2020 with high expectations, but hasn’t taken it for granted.

Silvera suffered an injury during fall camp last year, and returned mid-way through the 2019 season. He finished with 19 tackles, 1 sack and 1 TFL.

Several Canes are starting to develop like we thought they would, like Nesta Silvera. #1 was everywhere against FSU pic.twitter.com/nBjMzti5nx

Even with the early departure of Gregory Rousseau, Silvera is still confident about Miami’s defensive line.

“Losing Greg was obviously a tremendous loss because that’s a freak of nature out there, but we have a lot of depth,” said Silvera.

“We have Jaelan, super long, super quick. Quincy is just a savvy vet. He knows football. Cam made a complete 360 since March.”

When talking about the offensive line, Silvera was asked about Ousman Traore, and the group as a whole.

“He’s (Traore) definitely a technician out there. The whole o-line, they definitely they created a little bond. They’re working”

When it was Ford’s time to talk, he was asked about Silvera, and how he’s progressed this offseason.

“He’s been excellent this whole camp. His movement has really improved on the field. Everyone knows he has the power and is real strong. I can’t wait to see him play,” Ford said.

On the defensive line, Ford sounded very excited and confident in the unit, as do all Canes fans.

“We can be incredible, especially with those guys on the edge. I’m real excited about this group.” Ford says he’s learned a lot from Quincy Roche.

Ford noted that he pulled his hamstring during the quarantine phase, but worked with the strength staff at Miami and that “nothing’s fallen off.”

Look at big Jon Ford power through two UVA lineman and get the sack. #96 is a beat y’all pic.twitter.com/Nuh64IE4BC

Finally, on their upcoming season opener against UAB, and what kind of team the Blazers are, “I know they play hard. They won some games in their conference. We’re looking to match their intensity or give even more. They’re a great team,” Ford said.