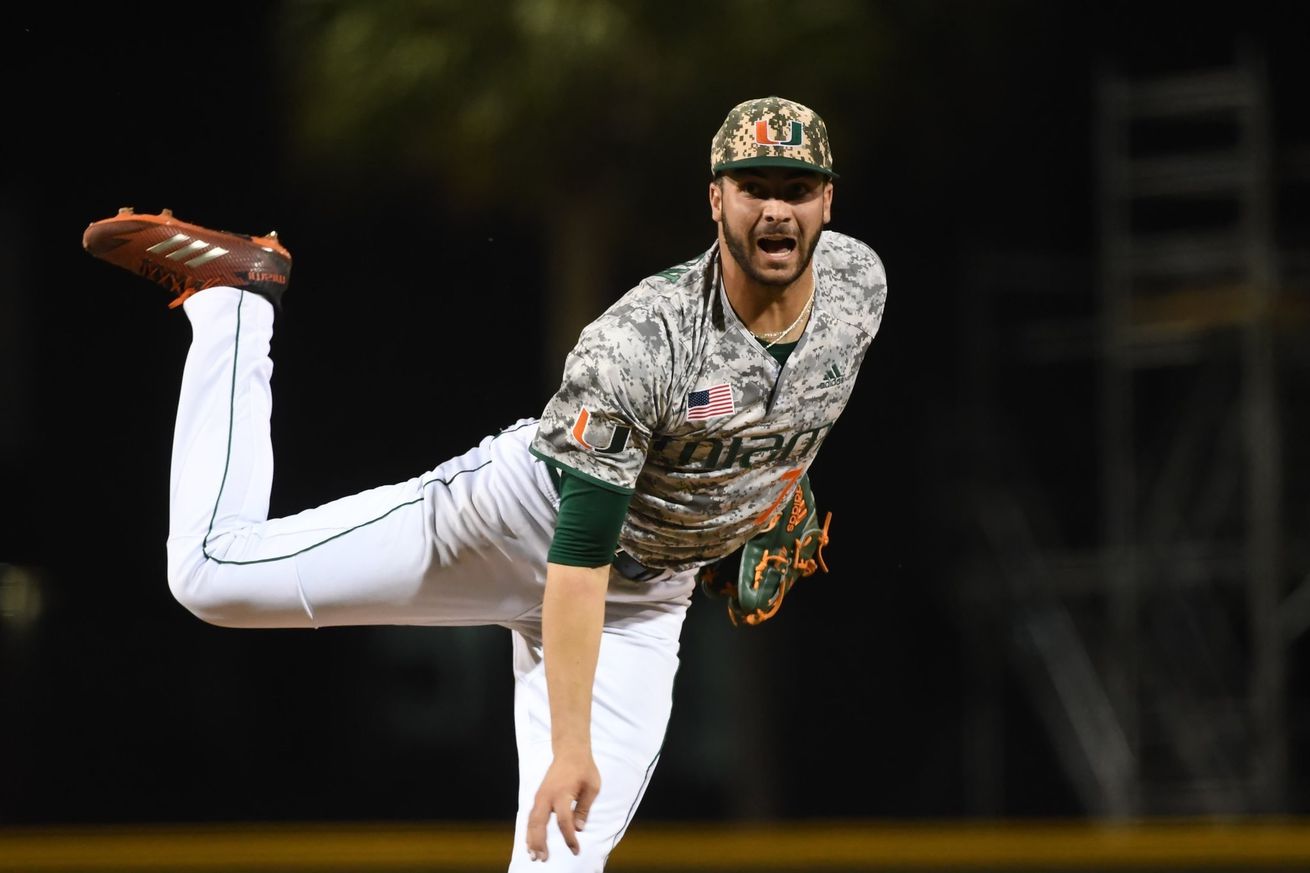 The Hurricanes won their first conference series of the season Saturday night.

The Miami Hurricanes moved to 10-4 on the season and 2-0 in ACC play with a series clinching win over the Pittsburgh Panthers Saturday night. The win cinched the ‘Canes first conference-series win of the year and moved the ‘Canes to 2-1 on the week after a disappointing mid-week loss to FAU.

Miami starter Chris McMahon put together another great outing to get the Hurricanes the win. The junior worked seven scoreless innings, striking out eight and allowing just five hits and no walks. After his fourth consecutive great start the junior’s season ERA sits at just 1.05.

The Hurricanes got the lead in the third inning. Luis Tuero started the inning with a single and Tony Jenkins followed him with a walk to put two men on with nobody out for Jordan Lala. Lala continued his recent hot streak, with an RBI double that put the ‘Canes on the board. Anthony Vilar hit a groundout to drive in another run before Adrian Del Castillo knocked a double to make the score 3-0 through three.

Del Castillo added to his RBI total in both the fifth and seventh innings. A single scored Jordan Lala in the fifth, and a sac-fly in the seventh gave the sophomore his third RBI of the evening.

JP Gates closed out the game with another great pitching performance in relief. The sophomore has been Miami’s best reliever this year and he was strong again Saturday night. He worked two scoreless frames, and struck out three Pittsburgh batters in the process.

Miami will go for a sweep in their first conference series of the season on Sunday afternoon. Slade Cecconi takes the mound for the Hurricanes.