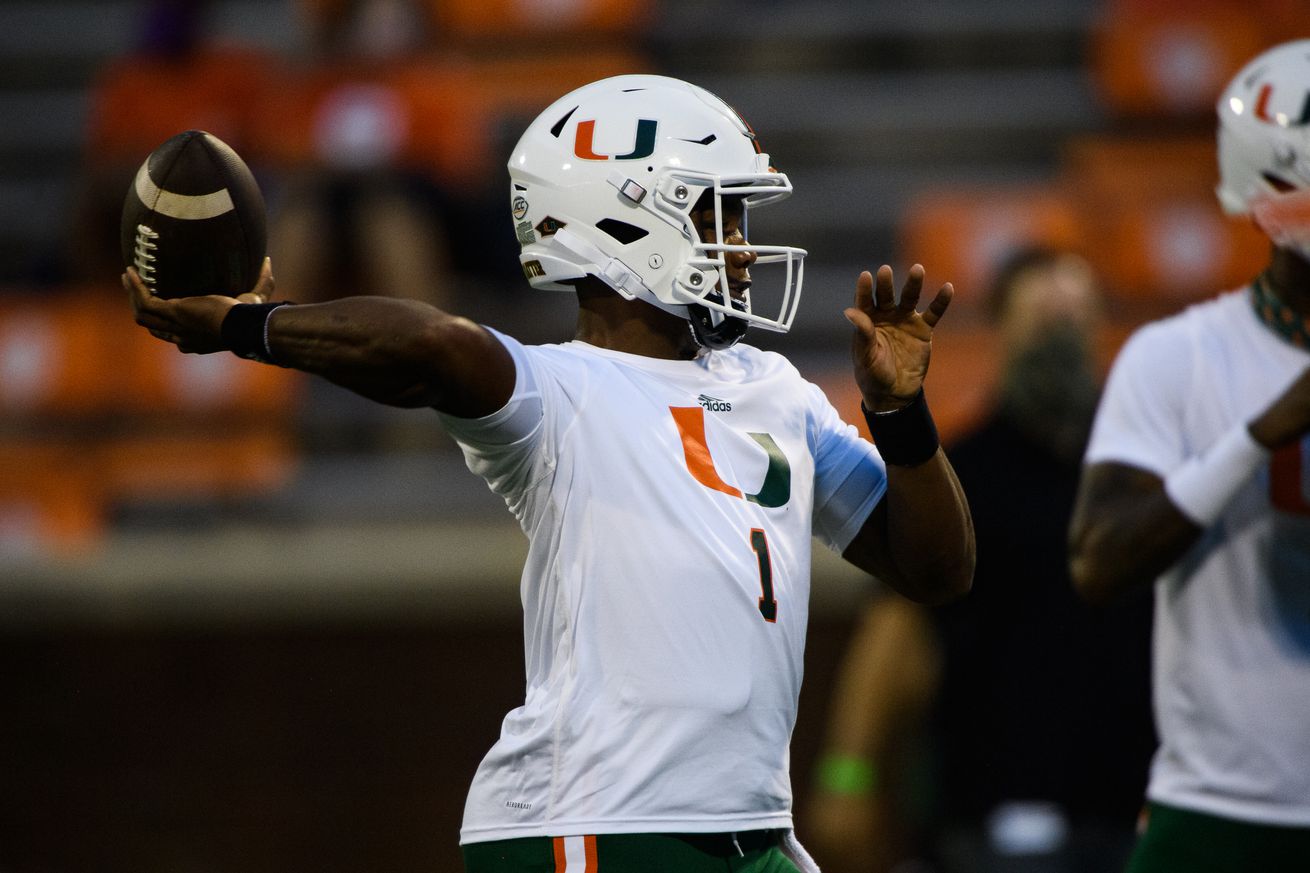 Will Mallory caught two big touchdowns for the Canes in their win over Pitt.

It wasn’t always pretty, but the Miami Hurricanes came away with a 31-19 victory over the Pittsburgh Panthers. The Canes now move to 4-1 on the season, and bounce back after last weeks loss to Clemson. Here are today’s 3 stars of the game.

First star of the game is the junior tight end, who came up big on Saturday, with fellow TE Brevin Jordan sidelined due to an injury. Mallory caught 2 passes for 51 yards, both for touchdowns. The first came from six yards out, and the second from 45-yards when he was wide open on a beautiful play call. Mallory now has 3 touchdowns on the season, hopefully he becomes a bigger part of the offense as the season goes on.

Touchdown Will Mallory. Music to my ears pic.twitter.com/3mpy2tGtko

The Hurricanes defensive end was EVERYWHERE today, constantly in the Pitt backfield. As of right now (defensive stats aren’t up yet), Roche finished with 4.5 TFLs, as well as a strip sack and a fumble recovery. Roche was dominant, and had some help from fellow DE Jaelan Phillips.

Jaelan Phillips and Quincy Roche combine for a sack. Phillips forces it out and Roche recovers. Huge for Miami. pic.twitter.com/B9UPJVKbxT

You better believe I’m putting Miami’s elite punter in this top-3, because if it wasn’t for him, this game might’ve been a little closer. Hedley averaged 51.7 yards per punt, with two kicks going over 60 yards. Special teams were a big part in the Canes win today, as Isaiah Dunson stopped Pitt on a fake punt earlier in the game.

Lou Hedley with punts of 60 and 58 yards today.

He’s averaging 51.7 yards per punt in this game.