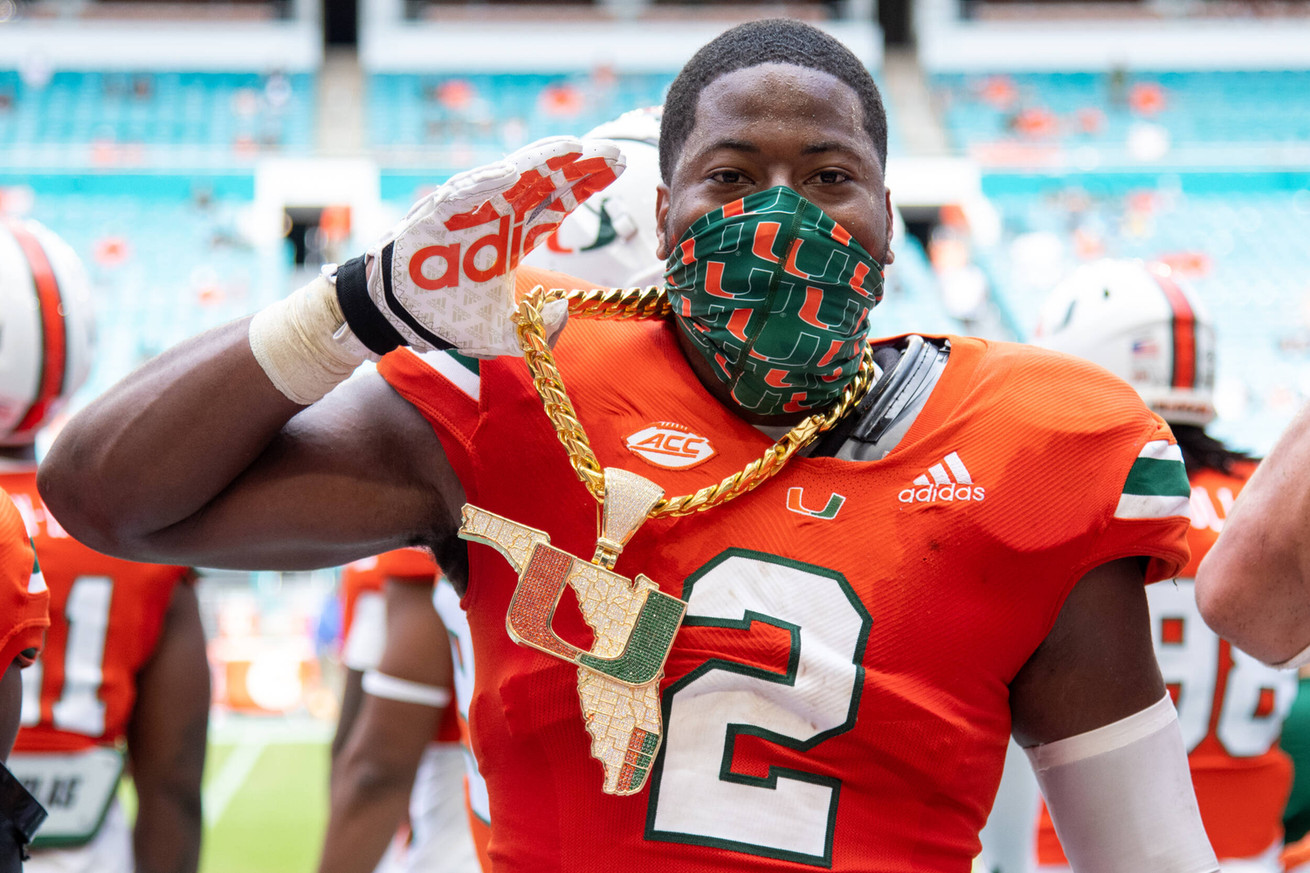 The Miami Hurricanes inch closer to the top ten in both polls after their win over the Pittsburgh Panthers.

Before we get into the ups and downs in the AP Top 25 and the Coaches Poll, we have to acknowledge that the best team in Florida lost to the Memphis Tigers. Outside of that shocker, this weekend saw the Kentucky Wildcats throttling the Tennessee Volunteers, Jaycee Horn and the South Carolina Gamecocks put the clamps on the Auburn Tigers, and the Florida State Seminoles hold on to knock off the UNC Tar Heels. There were poll risers and sinkers, and yet somehow, Notre Dame still gets top three love after barely beating the Lousiville Cardinals.

D’Eriq King and the Miami Hurricanes stabilized themselves after last week’s loss to Clemson. They beat the Pittsburgh Panthers 31-19 which locked them into in the 11th spot in both polls.

North Carolin’s loss to FSU dropped the Tar Heels seven spaces in the Coaches Poll. Even though Georgia nearly lost to Alabama by 20 points, they only drop one space the AP and Coaches polls. Contrary to what Gators fans think, the two will likely meet again in the SEC Championship game.

Teams like the Auburn Tigers, Tennessee Volunteers, and Louisiana Ragin Cajuns dropped out of the polls completely. Their descent paved the way for teams like Coastal Carolina and NC State to gain entry this week. Things will get much more interesting this weekend since the Big Ten will return to action on Saturday. We’ll finally see what teams like OSU and Penn State will add to the playoff conversation.

The Canes will look to leap top ten next week when they take on the Virginia Cavaliers in a primetime ACC showdown.